(20-02-2017): A group of students from Modern Age School, Abbottabad and   Roots IV visited Japan as part of SAARC 2nd batch under JENESYS 2016 Inbound programme for students and working youth. The batch for the first time also included young officers from Federal Services besides an officer of Water and Power Department, Gilgit Baltistan. The group attended a workshop, attended lectures and also visited energy related facilities in Japan. The group alongwith their supervisor and representatives of Japan International Cooperation Centre (JICE) also visited the Embassy and met Ambassador Farukh Amil accompanied by officers of the Embassy. 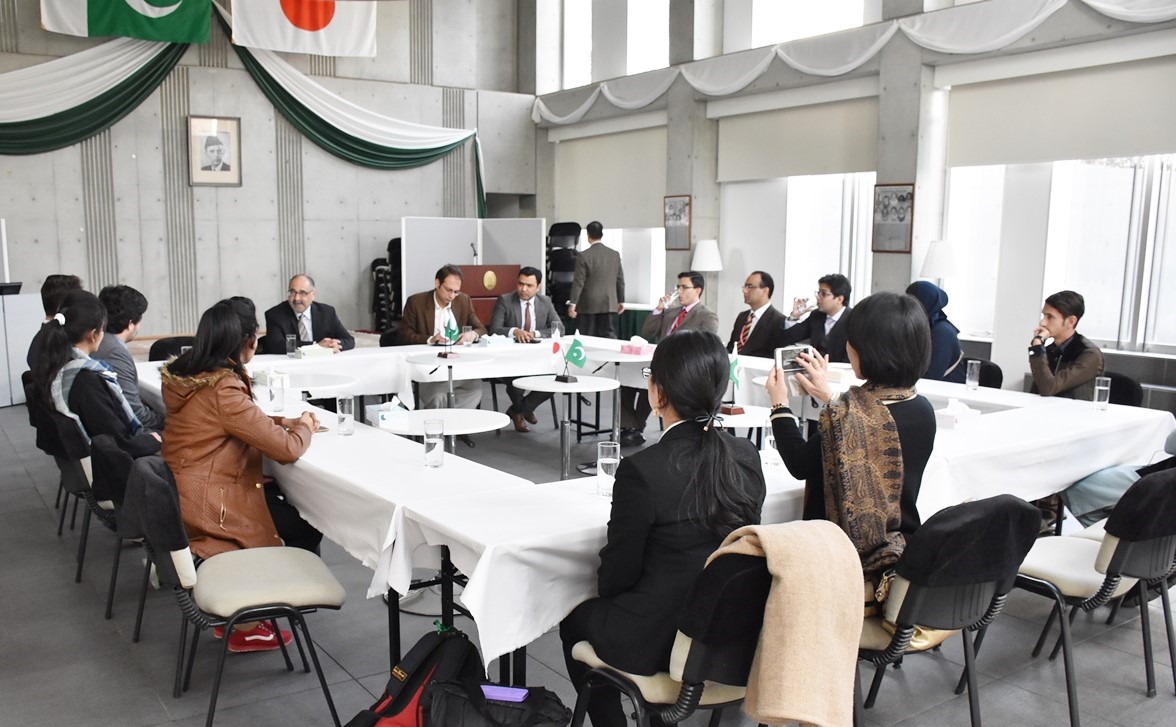 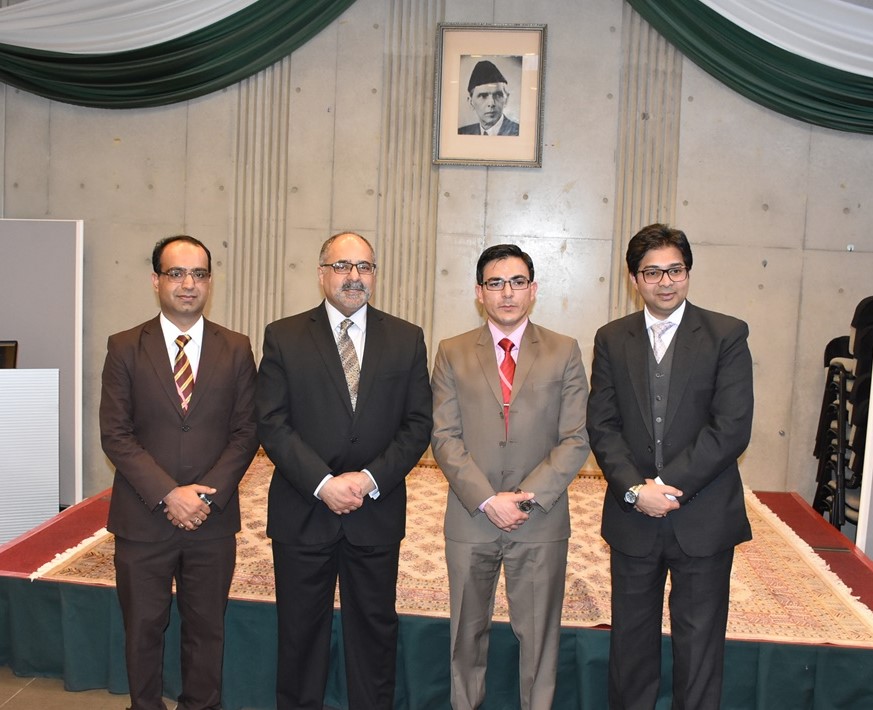 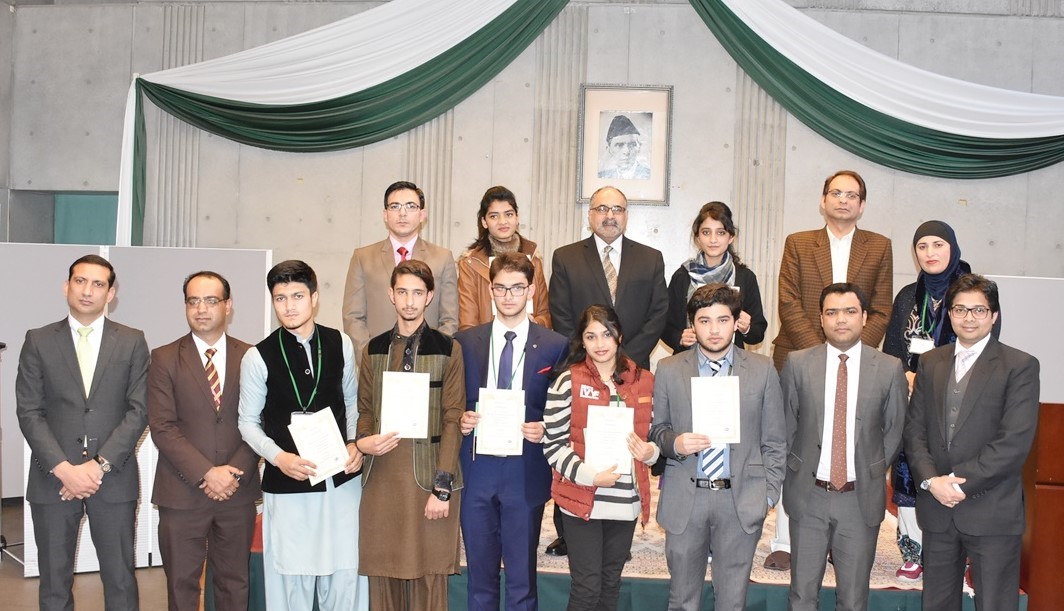 The Ambassador welcomed the students, officers and appreciated the effort of Japan International Cooperation Centre (JICE) for giving due representation to the young female students in the subject programme. The Ambassador urged the students to take maximum advantage from the opportunities available in Japan for Pakistani students in the fields of education, science, advanced scientific technology and human resource development. He further elaborated that numerous scholarships are available from top most universities of Japan, hence, it is incumbent upon the students of Pakistan to secure the maximum number. The Ambassador reiterated that the Embassy would utilize all its resources to make the exchange programme more meaningful and effective by ensuring reciprocal visits of Japanese school partners to counterpart Pakistani schools on a regular basis. He underlined the importance being given to character building, ethics and morality in Japanese society and its far reaching effects in nation building. 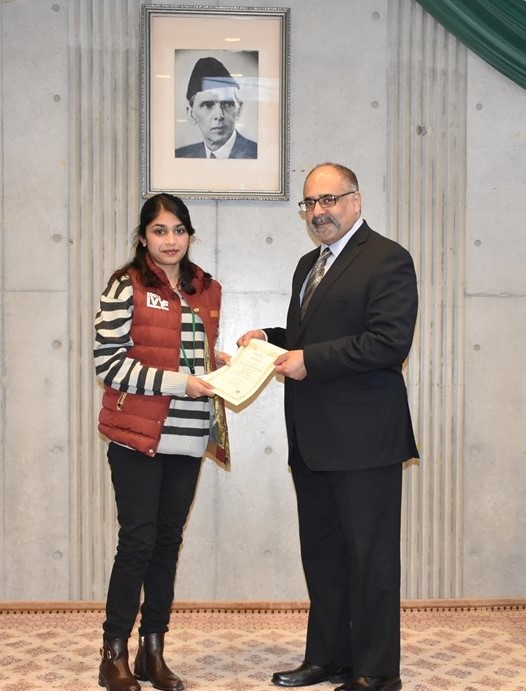 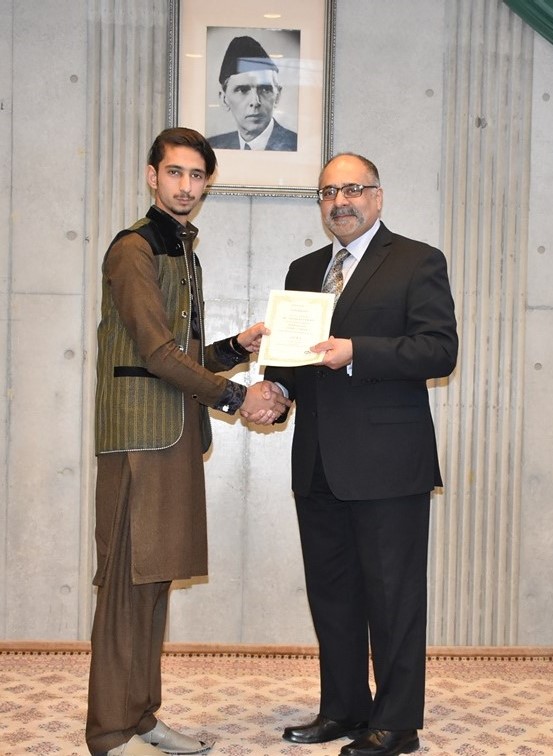 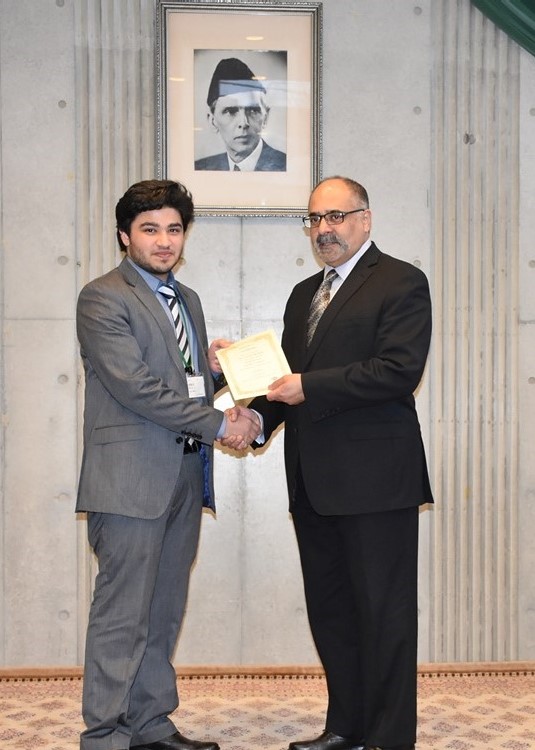 The group was also given a detailed briefing on the functions of the Embassy and working of various wings. Later, the Ambassador distributed certificates among the students and officers who participated in the programme. 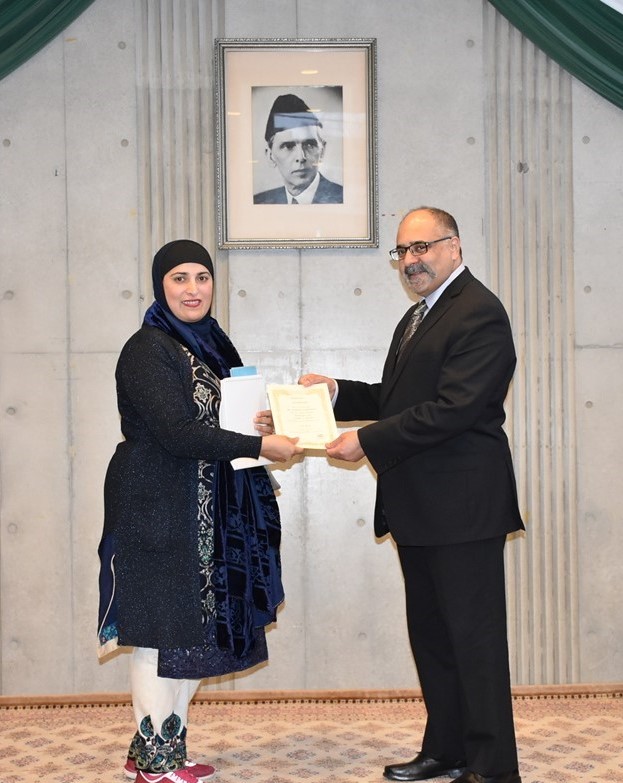 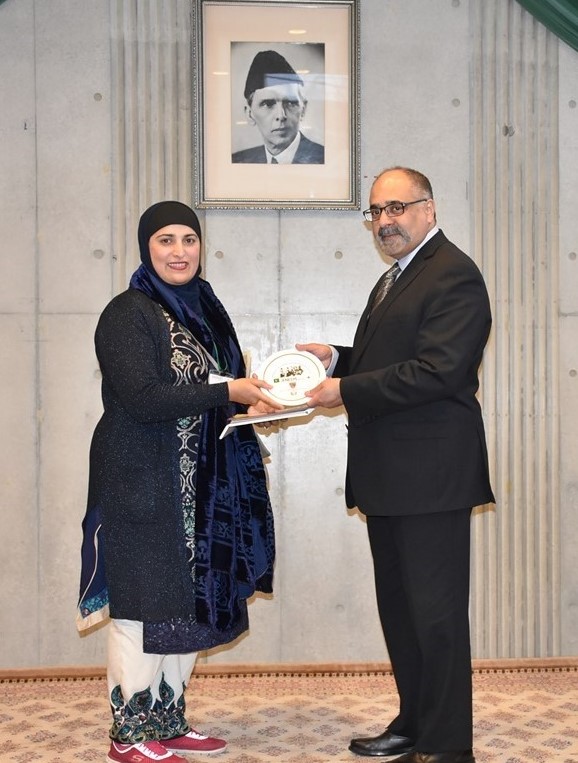 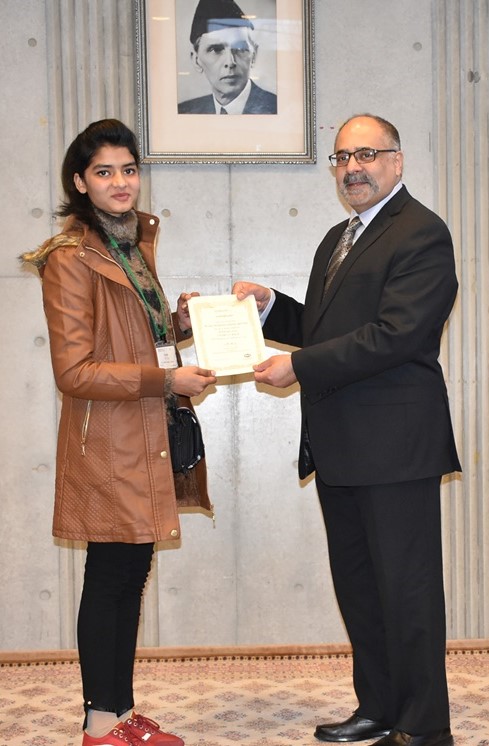 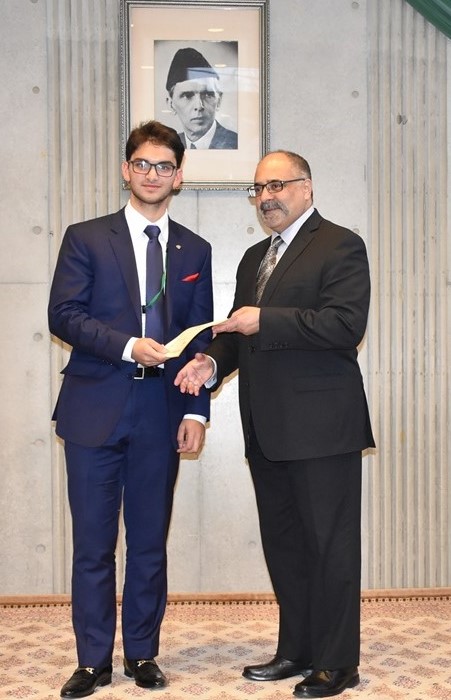 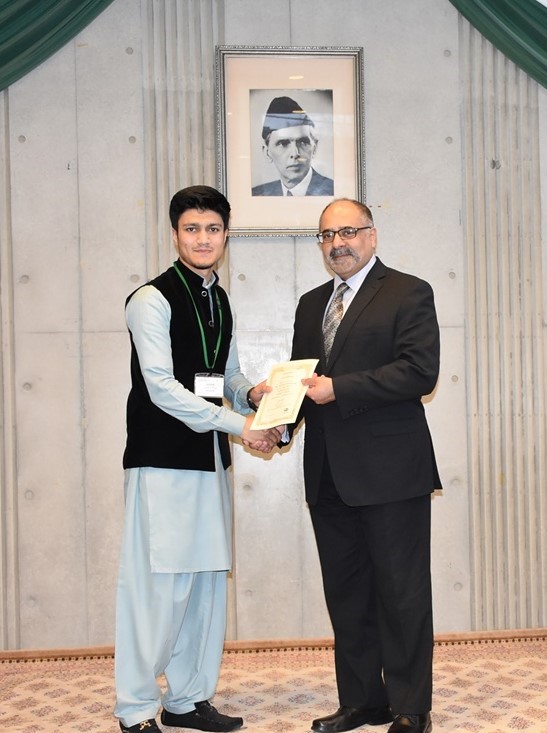 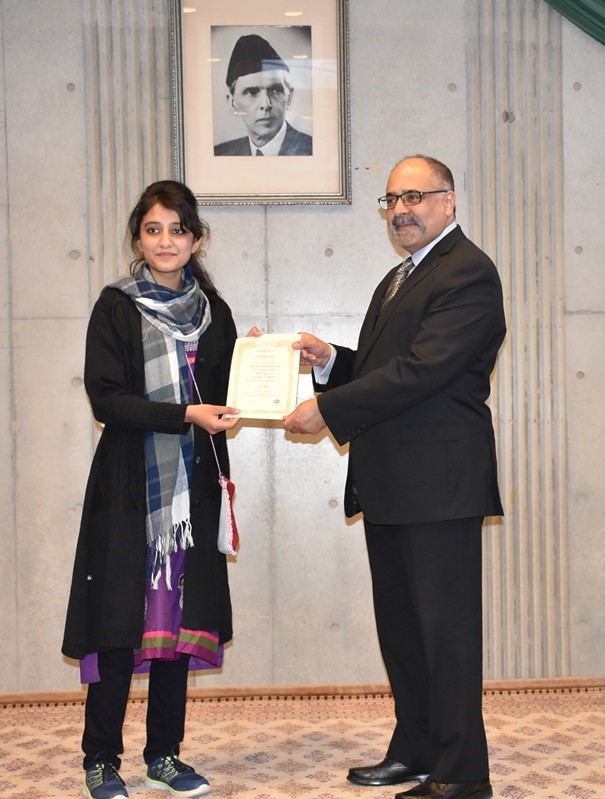