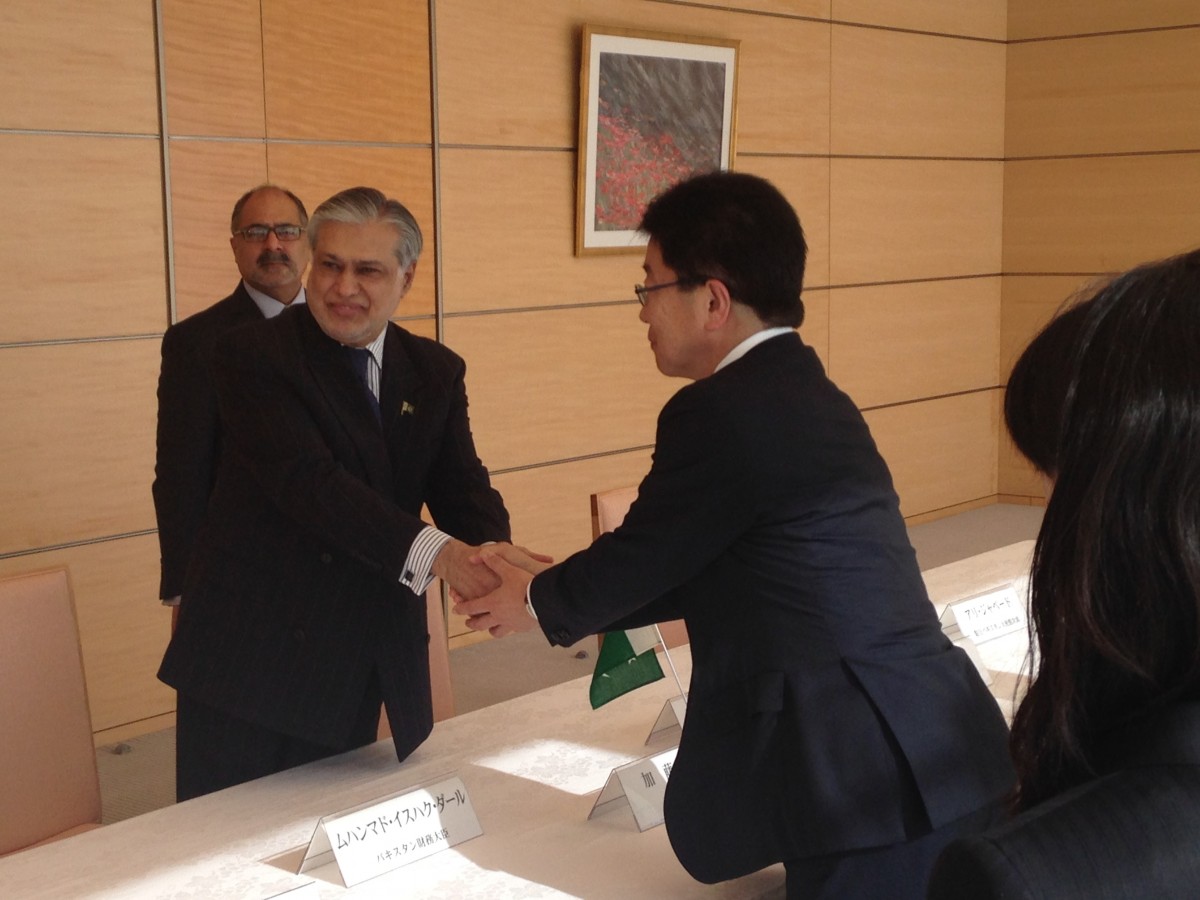 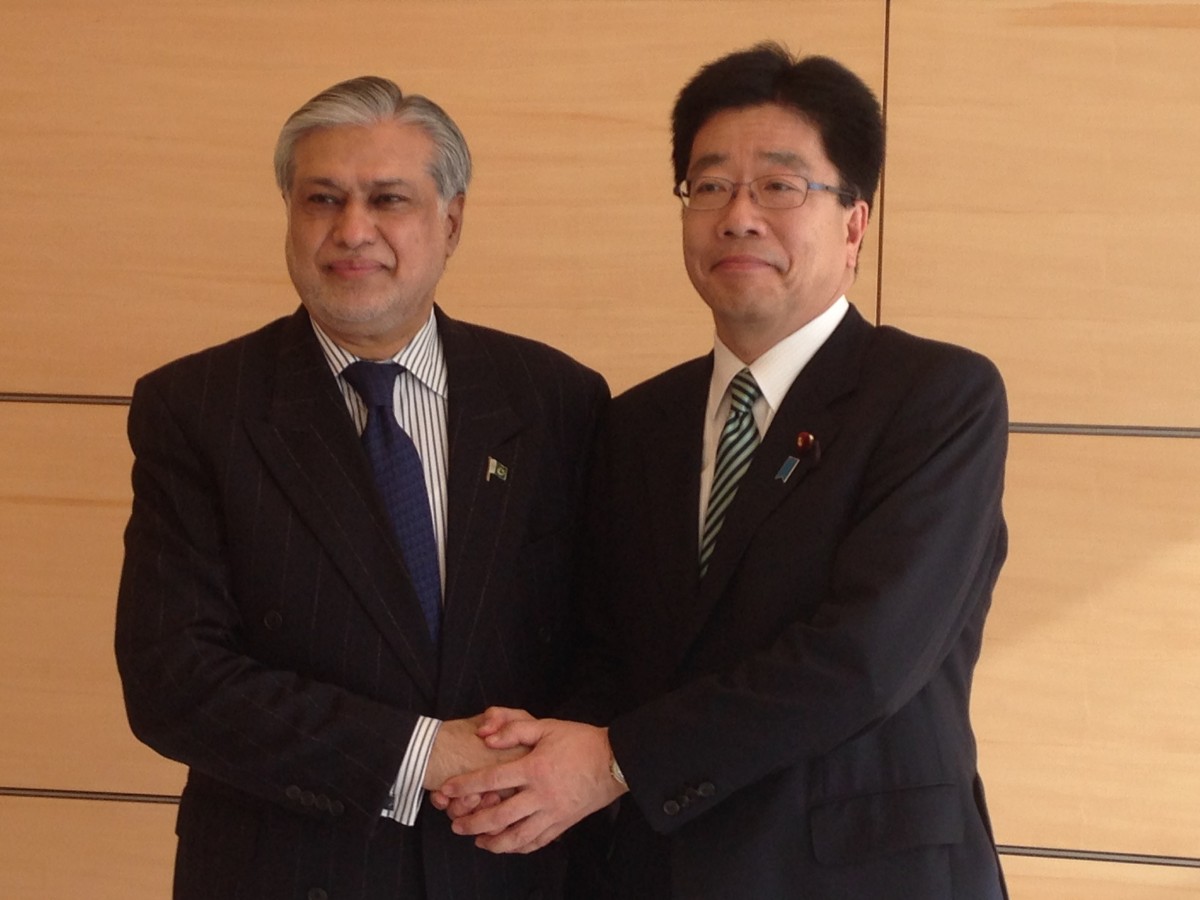 Senator Mohammad Ishaq Dar, Finance Minister arrived in Japan yesterday on the invitation of the Government of  Japan for a 3-day visit during 13-17 January, 2015.

Mr. Kato extended appreciation to the efforts undertaken by Prime Minister Nawaz Sharif towards the uplift of economy and improvement of security in Pakistan stating that Prime Minister Abe's administration will continue to work with and support Prime Minister Sharif in areas of economy, security, democracy and rule of law.

Mr. Kato recalled the Summit meeting between the two Prime Ministers held in New York on September 26, 2013 and the desire expressed by both leaders on the occasion to develop a 'New Partnership'. Mr. Kato added that both countries may therefore deepen bilateral relations and cooperation at international arena.

Mr. Kato stated that Pakistan's positive reviews of its IMF Program are encouraging for Japan to resume Yen loans adding that Japan would continue assistance towards settlement of IDPs, eradication of Polio, floods mitigation and fight against terrorism.

Finance Minister underlined the efforts of the Prime Minister Nawaz Sharif to promote peace and friendship in the region and noted with satisfaction the existing  level of trust and coordination with political and military leadership in Afghanistan.

On relations with India, the Minister regretted that Pakistan's sincere overtures for peaceful and cooperative relations did not receive a positive response.

Mr. Dar broached the immense human and material losses accrued to Pakistan from terrorism. Underlining that despite such challenges, the improved fiscal and financial forecasts have put the economy back on track and restored confidence of international donors, IFIs and regional financial institutions.

The Finance Minister expressed the desire to further deepening bilateral political and trade relations stating that Japan has historically been  a close and trustworthy friend.