(17-11-2017): A well attended seminar entitled “Pakistan: Emerging Trade and InvestmentOpportunities” was held today at the Embassy of Pakistan, Tokyo. It was a collaboration between the Pakistan Embassy, Japan External Trade Organization (JETRO) and Bank of Tokyo Mitsubishi UFJ. Over 140 representatives of leading Japanese corporations and trading houses participated in the Seminar. It was opened by the Ambassador of Pakistan, H.E. Dr.Asad M. Khan. The panel of speakers included Mr. Teruo Asada, Chairman of Japan-Pakistan Business Cooperation Committee and Chairman of the Marubeni Corporation, Mr. Shah Jahan Shah, Executive Director General of the Board of Investment of Pakistan, Mr. Shun Imaizumi, Chairman, Japan-Pakistan Association, Mr. So Kitami of JETRO while Mr. Hitoshi Kanahorirepresented Tokyo-Mitsubishi UFJ. 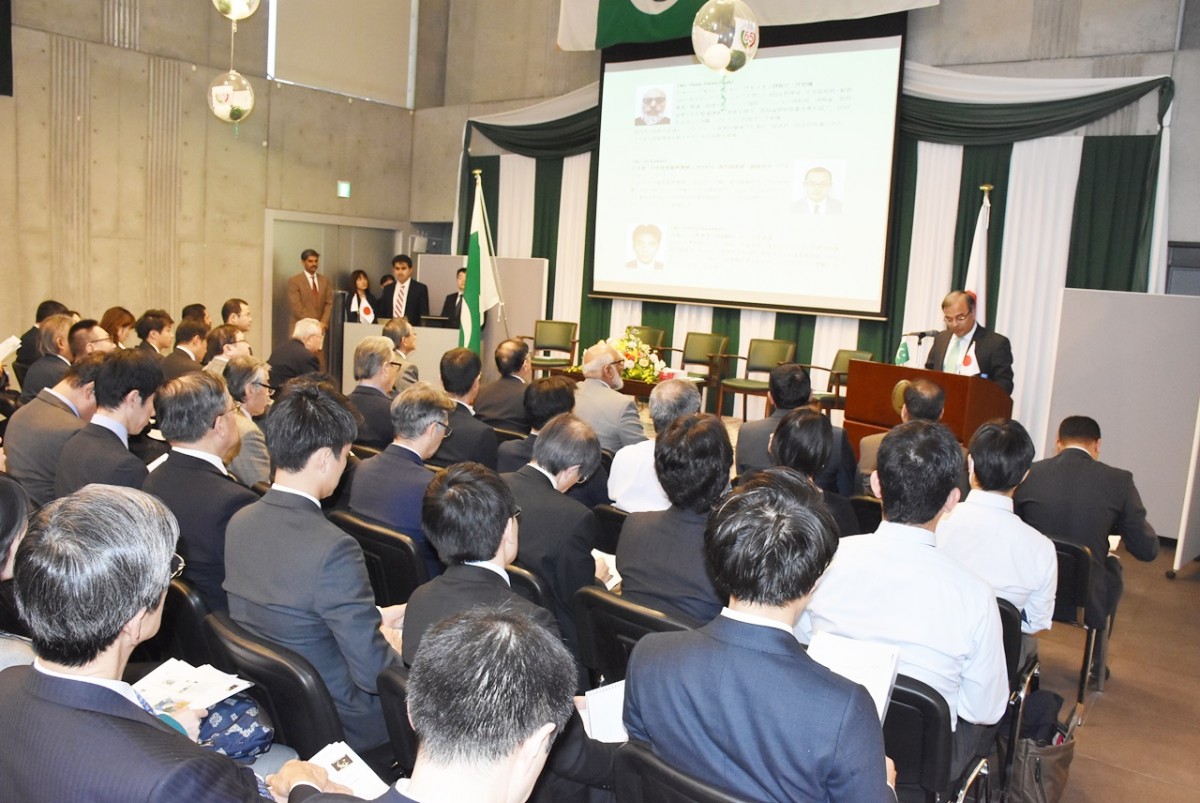 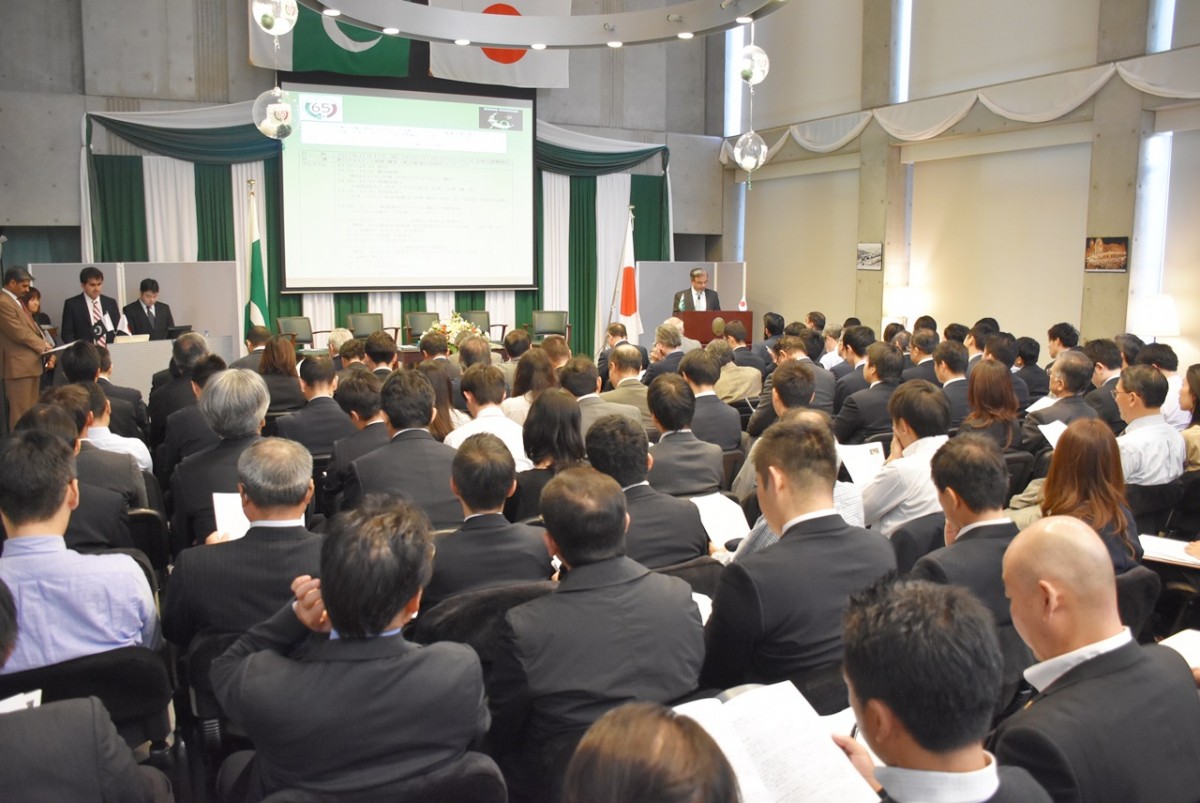 The Seminar focussed on the recent economic turnaround of Pakistan and opportunities for Japanese business houses to trade with and invest in thecountry.Speakers discussedGovernment of Pakistan’s attractive incentives’ regime for Foreign Direct Investment in Pakistan amidst rapidly improving security situation. The Ambassador stated in his remarks that out of all the G7 countries, Japan has the longest standing trade and investment relations with Pakistan. He underscored that security in the large cities of Pakistan is comparable to some of the important capitals of the world. He especially mentioned the encouraging response from the investor and business community to the seminar and announced that a string of similar seminars are also being planned for other cities of Japan including Osaka and Fukuoka. 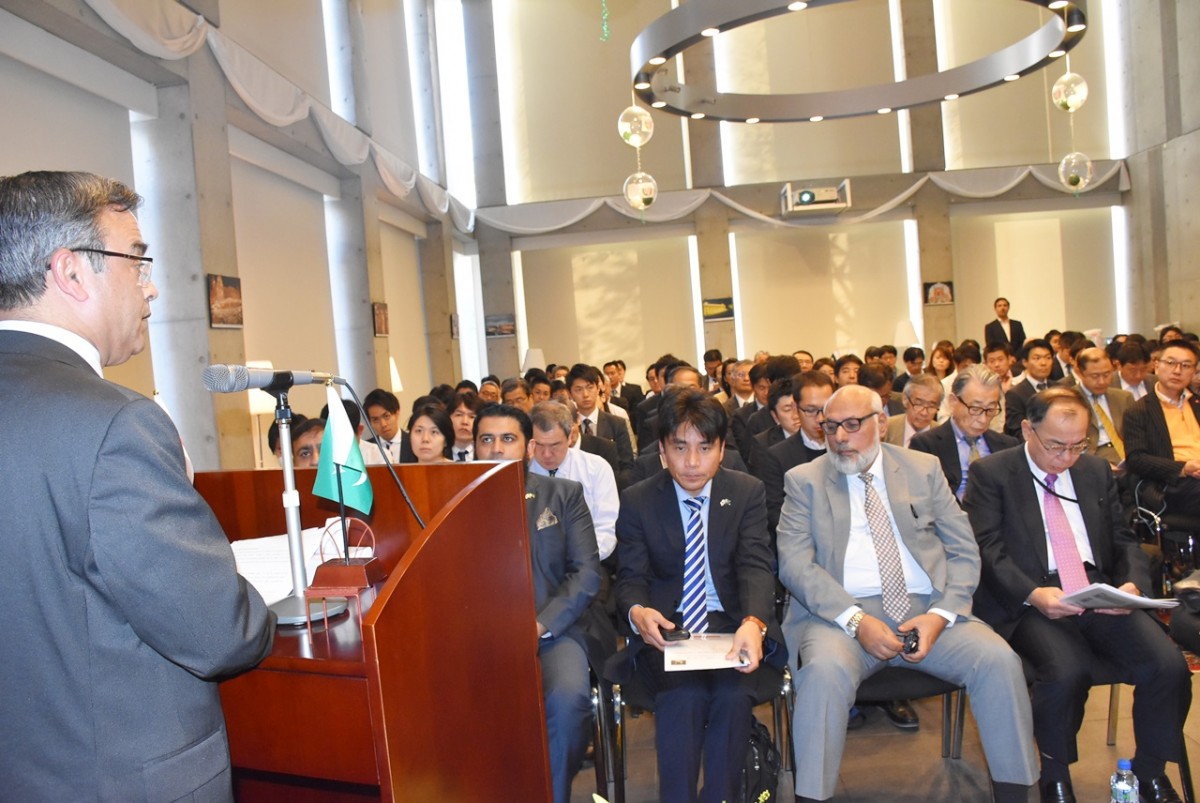 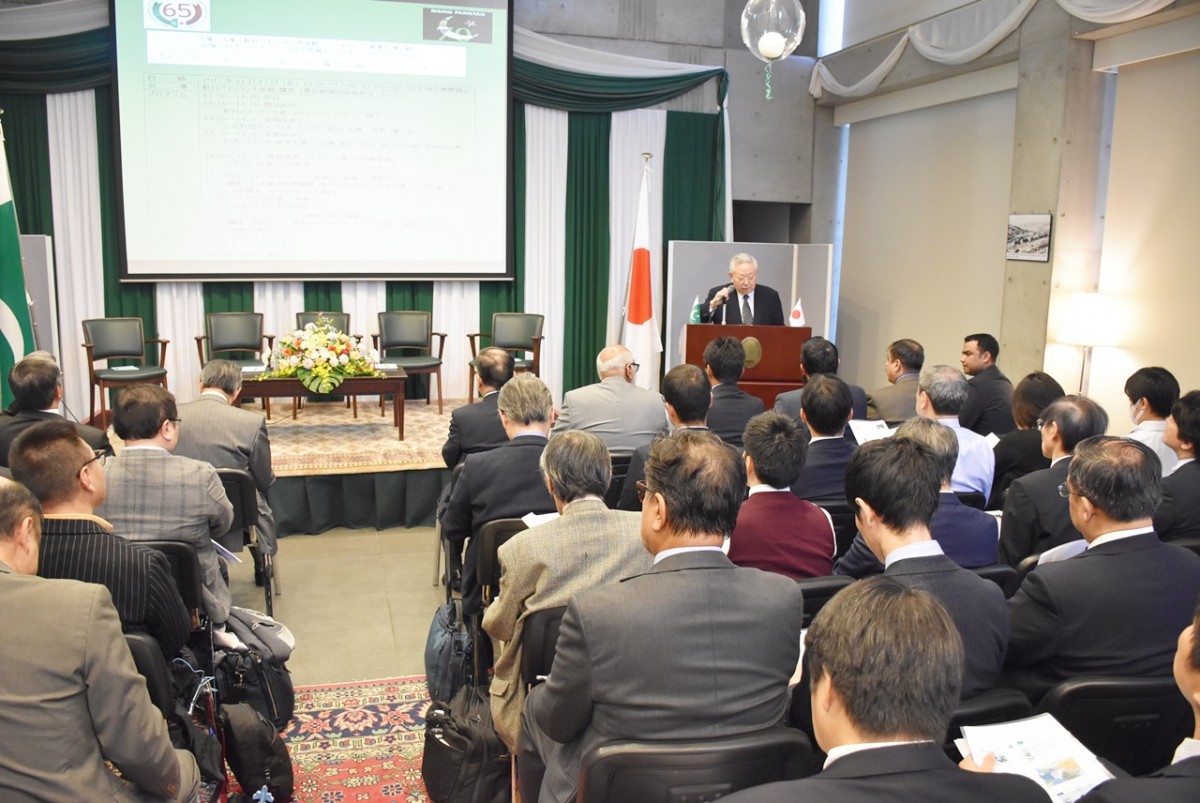 Panellists agreedthat Pakistan’s macroeconomic stability, growth potential and vibrant demography make it an attractive investment destination. Speakers also highlighted the upbeat business environment in Pakistan at the moment and dilated upon the remarkable success of Japanese corporations in Pakistan over the years.  The audience were also informed that Pakistan is the fifth largest motor bike market in the world. In his remarks, the Chairman of the Japan-Pakistan Business Cooperation Committee, Mr. Teruo Asada said that Pakistan and Japan have a long establishedwin-win relationship in trade and investment and agreed with the Ambassador that Pakistanis have very warm feelings towards Japan.The Executive Director General of BOI made a comprehensive presentation on the investment policies of the government and underscored that Pakistan exercises a totally non-discriminatory policy on FDI and welcomes all to invest in Pakistan. He also highlighted that Pakistan has opened 7 Special Economic Zones whereas another 46 have been identified. 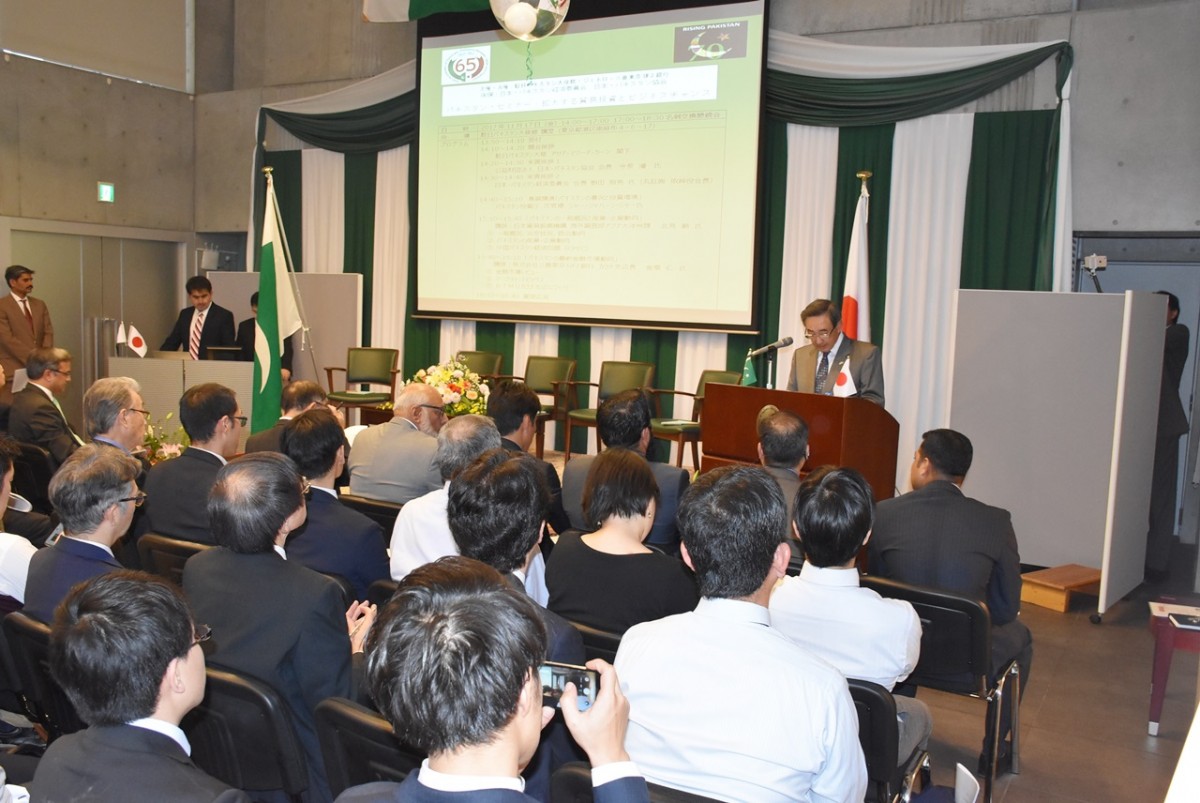 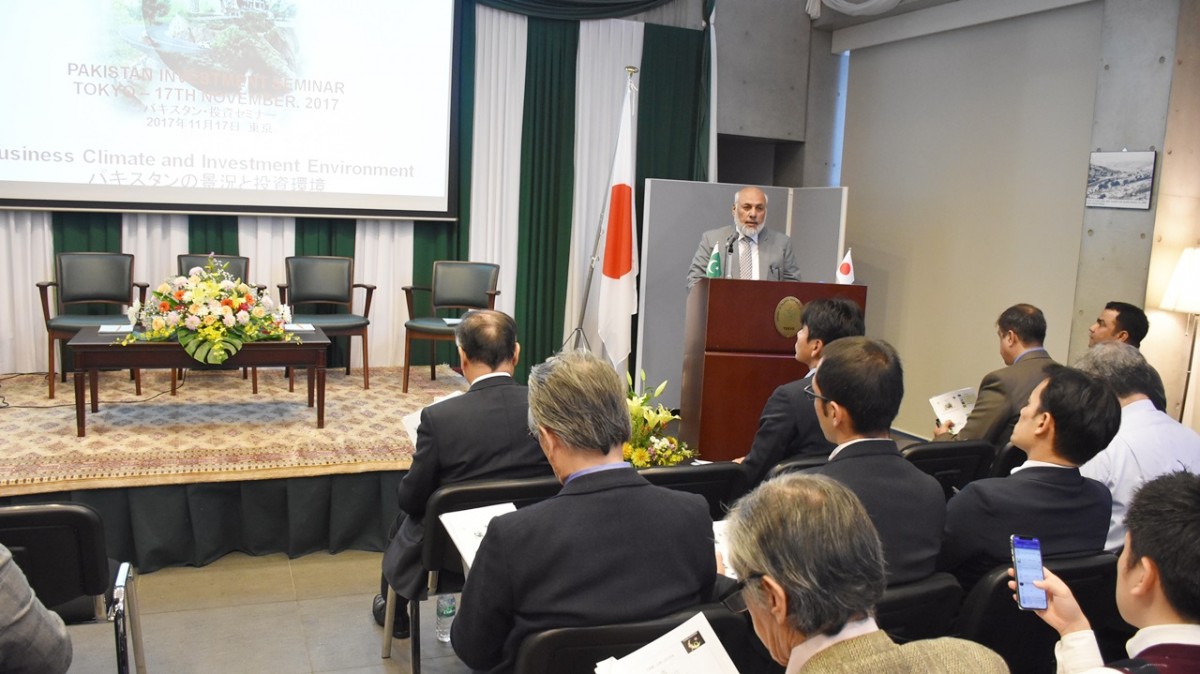 Some panellists also expressed the view that Pakistan’s already superior rail & road connectivity in South Asia is radically improving owing to massive infrastructure projects being undertaken. It will allow Pakistan to act as the regional trade and transportation hub. 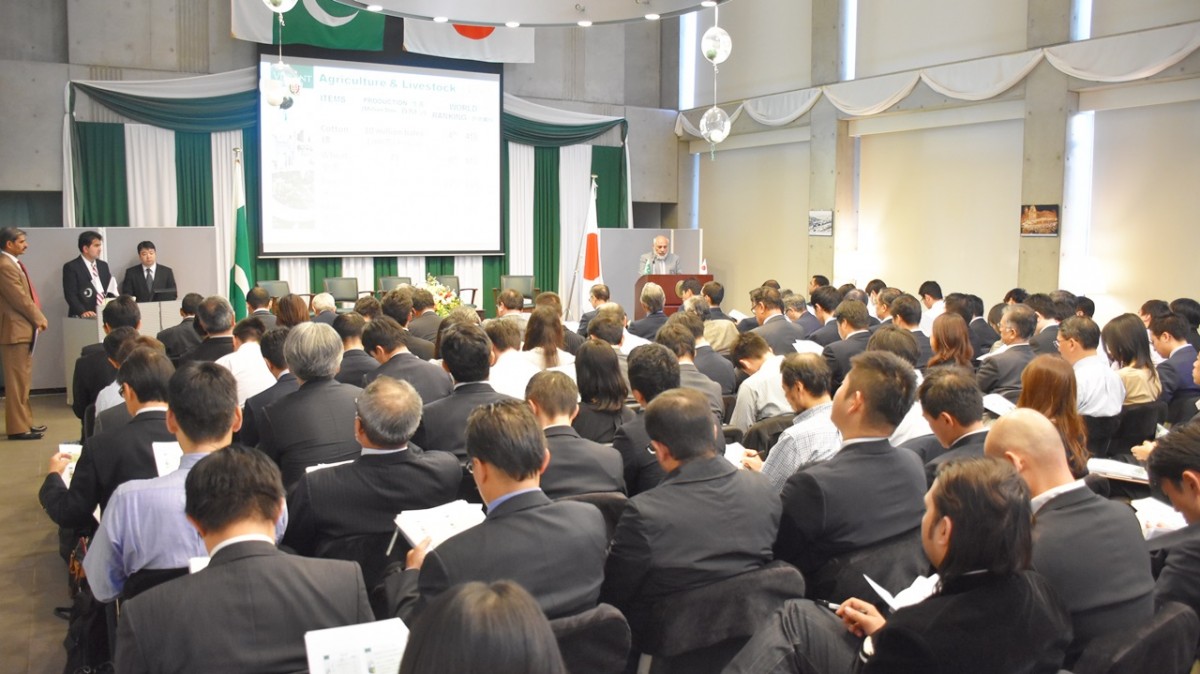 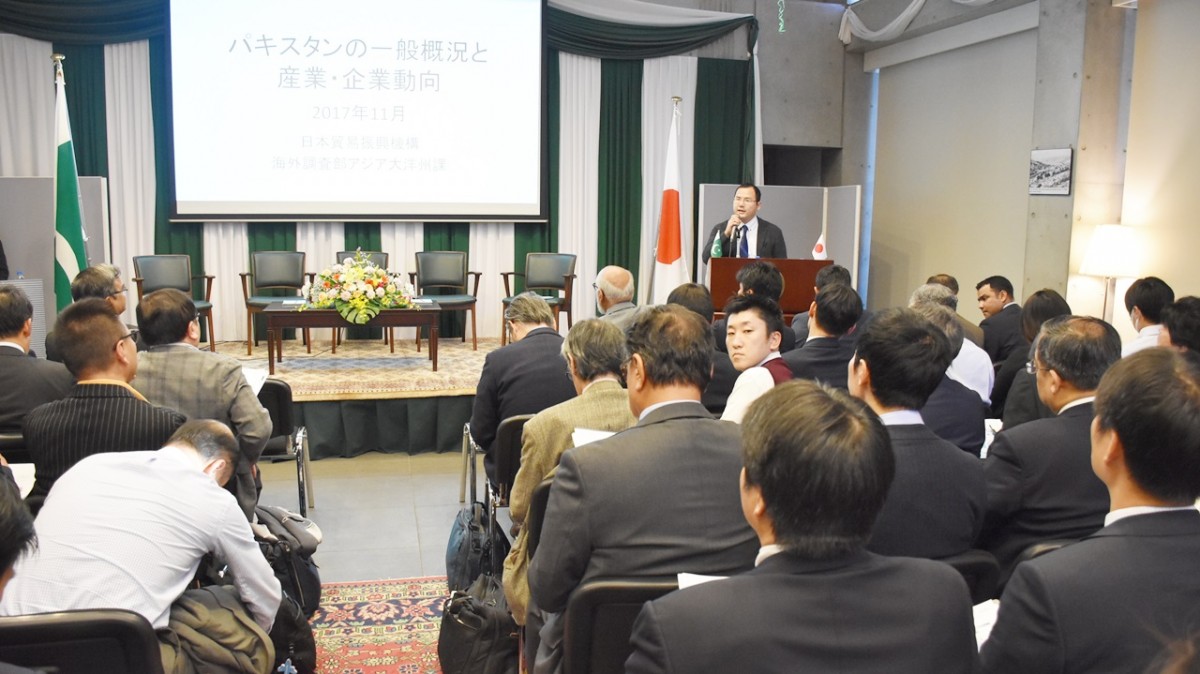 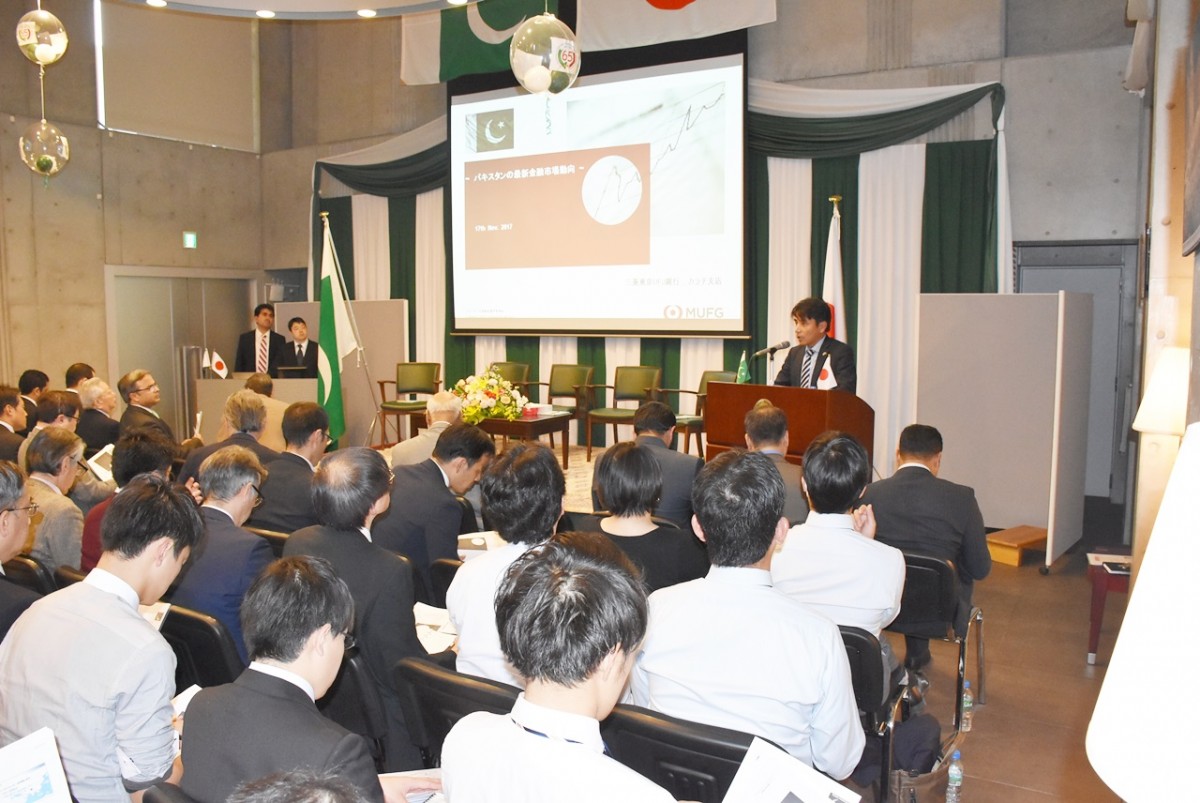 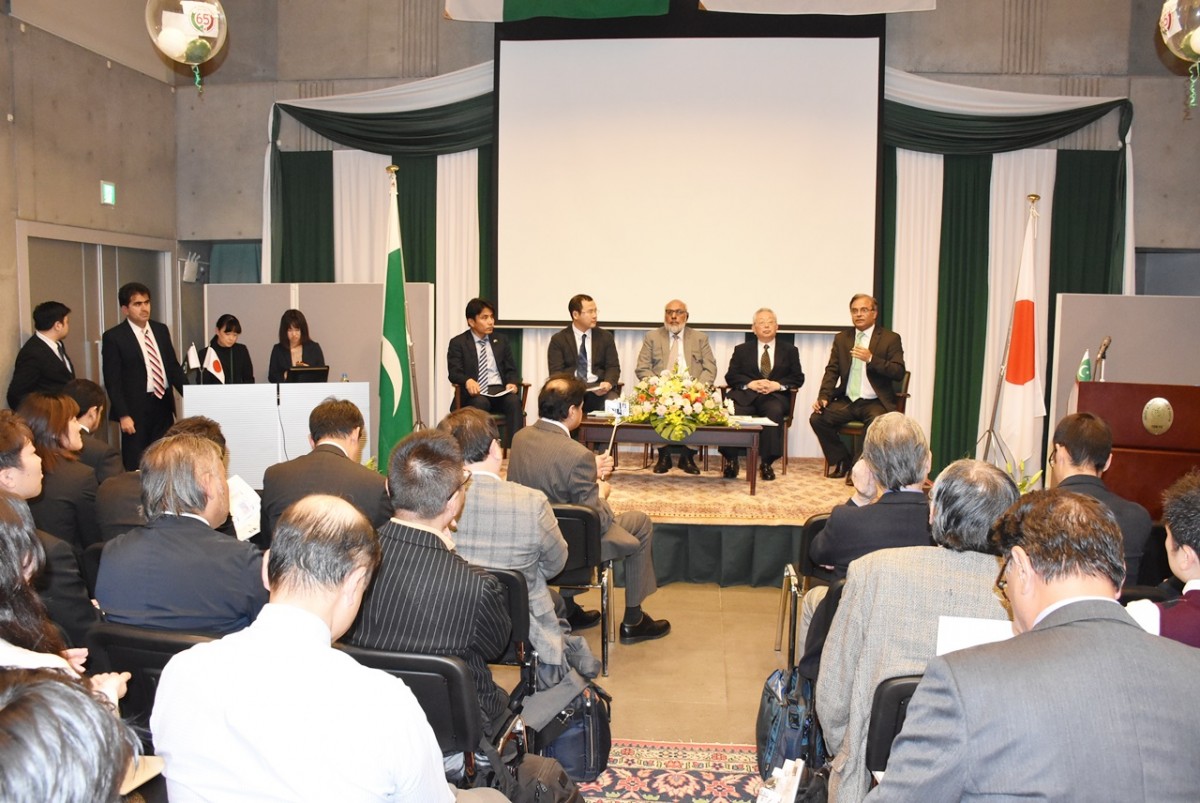 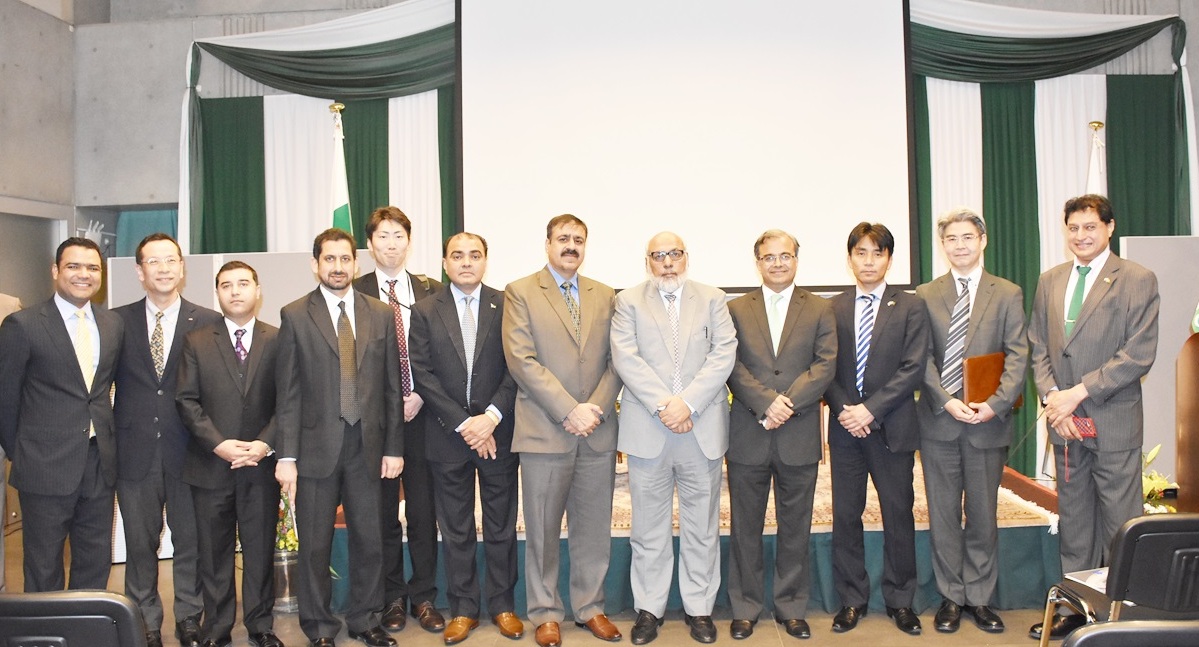 The seminar ended with a networking reception for the participants.