(23-10-2010): President Dr. Arif Alvi addressed the Pakistani Community in Japan at the Embassy of Pakistan Tokyo. Addressing a large number of community representatives, he impressed upon the role of Pakistani community in promoting the interests of Pakistan in Japan. He appreciated the efforts and contributions of the Pakistani diaspora in Japan in promoting country’s positive image and in always contributing generously towards the national cause irrespective of political affiliations.

He said that the present political set up in Pakistan was people centric and its socio-economic agenda was aimed at bringing job opportunities and economic benefits to the people. Terming the overseas Pakistanis as country’s greatest asset, he added that Government was striving hard for the welfare and betterment of Overseas Pakistanis and to involve them fully in the national development efforts and have taken a number of steps in this regard. He underlined that necessary instruction have been issued to Pakistani Missions abroad to facilitate/assist the community to address their genuine concerns in an effective manner. 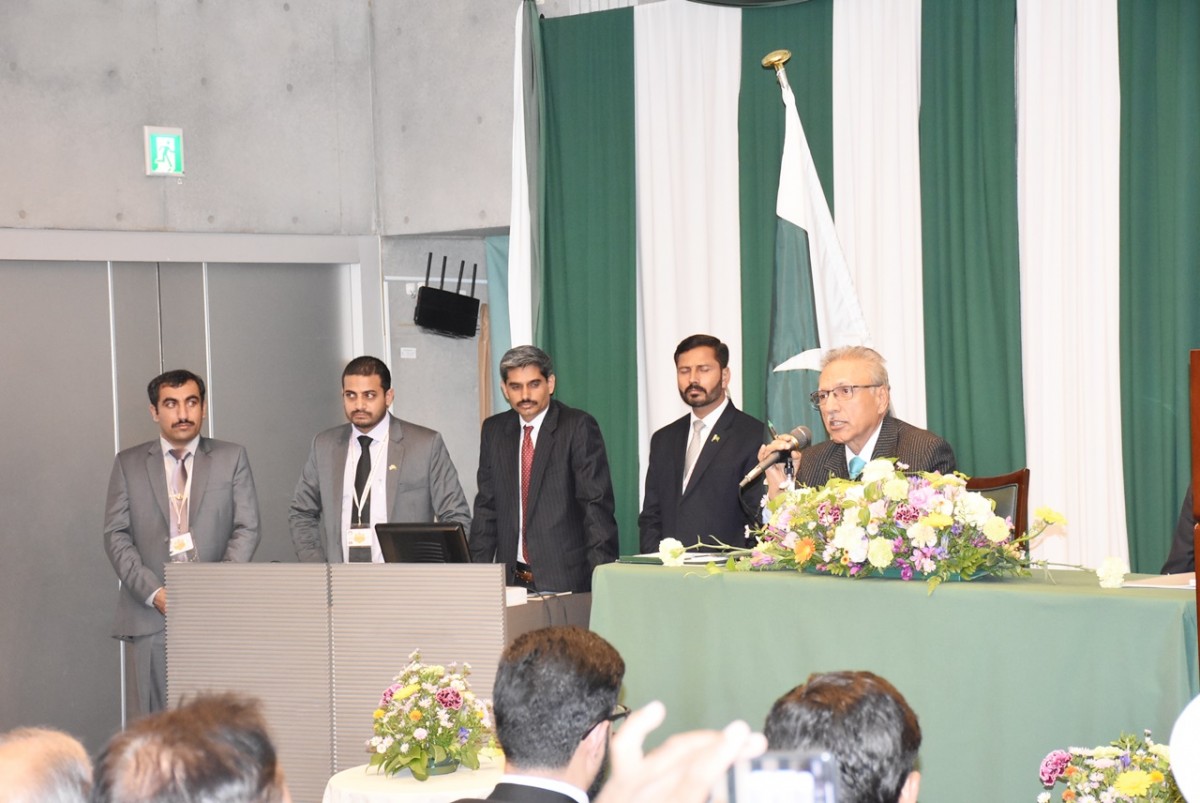 The President underscored that Pakistan was seeking a comprehensive partnership with Japan covering political, economic, security and cultural aspects, primarily focusing on enhancing cooperation in the areas of trade, investment, infrastructure development and human resource development.