National Day Celebrated at the Embassy of Pakistan, Tokyo

(23-03-2020): The National Day of Pakistan was celebrated at the Embassy of Pakistan, Tokyo with utmost zeal, fervor and enthusiasm. Ambassador Imtiaz Ahmad hoisted the national flag whilst the audience recited the National Anthem of Pakistan. 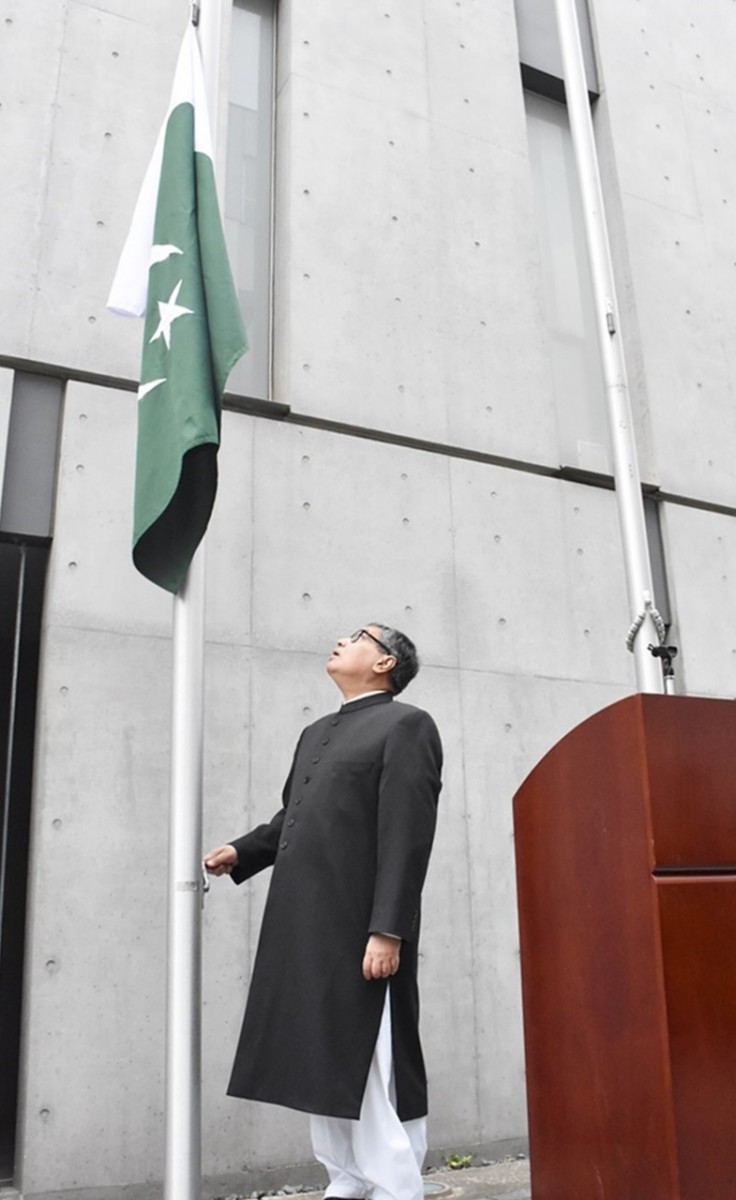 The Ambassador read the messages of the President and Prime Minister of Pakistan. The messages reiterated the importance of 23rd March as an historic day which united the Muslims of the subcontinent for a greater objective i.e.to carve out a separate homeland for themselves wherein they could lead their lives in accordance with their own religion, traditions, values and culture. Both the leaders also emphasized upon making a firm commitment to adhere to our national objectives and goals besides promoting love and harmony to secure the future of the nation. The messages  condemned the inhuman lockdown in Indian Occupied Jammu & Kashmir and reassured the people of Jammu and Kashmir that Pakistan will stand shoulder to shoulder with them in all times to come. The messages also impressed upon all the Pakistanis to stand united in fight against the Coronavirus pandemic and called upon all segments of society, including Ulema, media and political leaders to play their due role in educating the masses about the preventive measures against the virus. 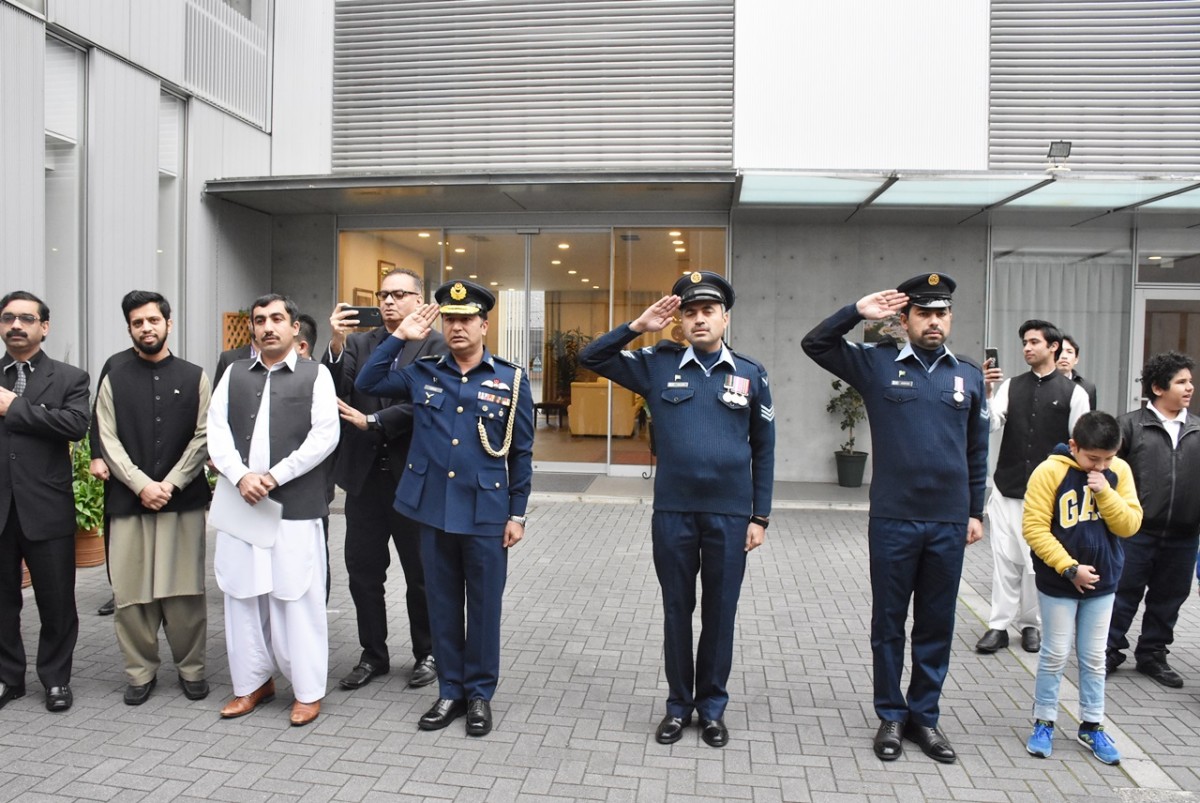 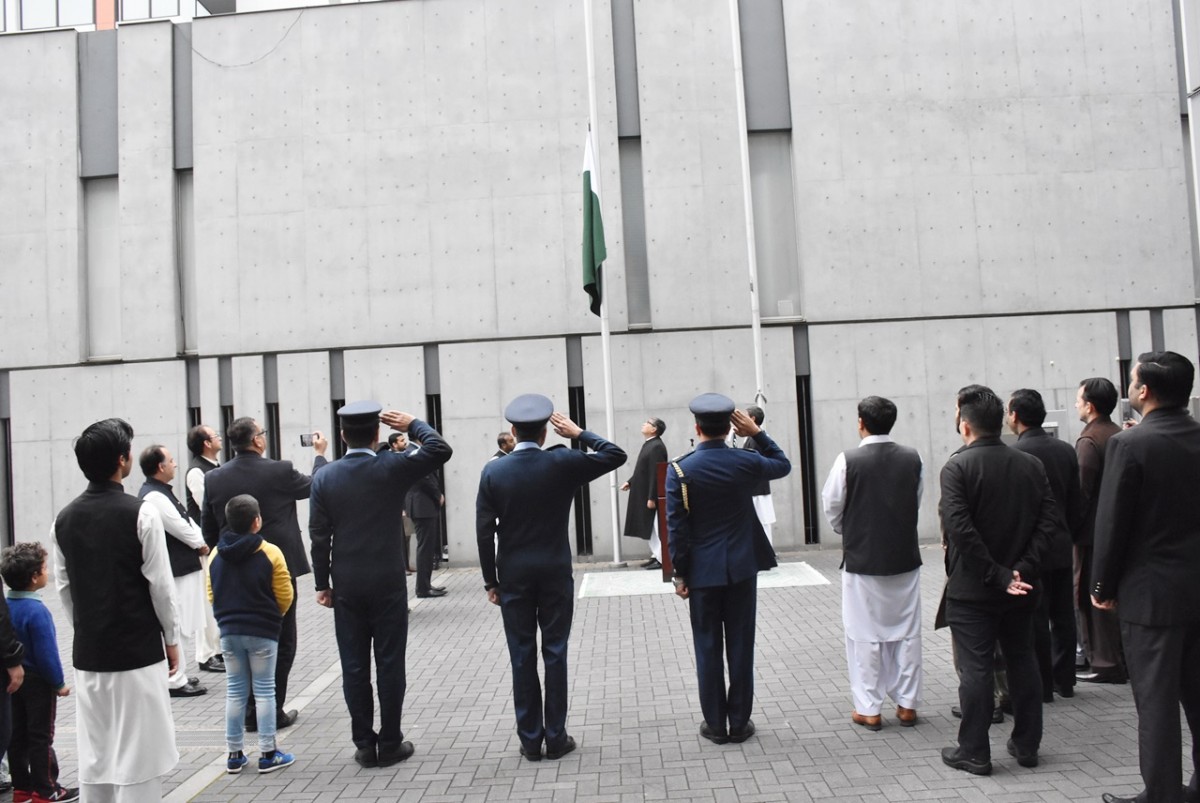 The Ambassador in his remarks paid homage to the father of the nation Muhammad Ali Jinnah, poet of the East Dr. Allama Muhammad Iqbal and all the other great leaders of the freedom movement who paved the way for the creation of Pakistan.He reiterated that Pakistan had been achieved after rendering innumerable scarifies, hence, it was imperative upon all Pakistanis to strive for promoting peace, progress and unity in Pakistan. The Ambassador added that it is imperative upon us to continue with the legacy and heritage bequeathed to us by our founding fathers and follow in their footsteps to make our country a cradle of peace, progress and stability.Ambassador Ahmad also referred to the continued egregious human rights violations being committed in Indian occupied Kashmir (IOK) by Indian Government and its security forces in the after math of India’s unilateral and illegal actions in IOK.He reaffirmed government of Pakistan’s continued full political, diplomatic and moral support to the oppressed Kashmiris in their legitimate struggle for the right to self-determination, promised to them by the international community through numerous UNSC Resolutions. 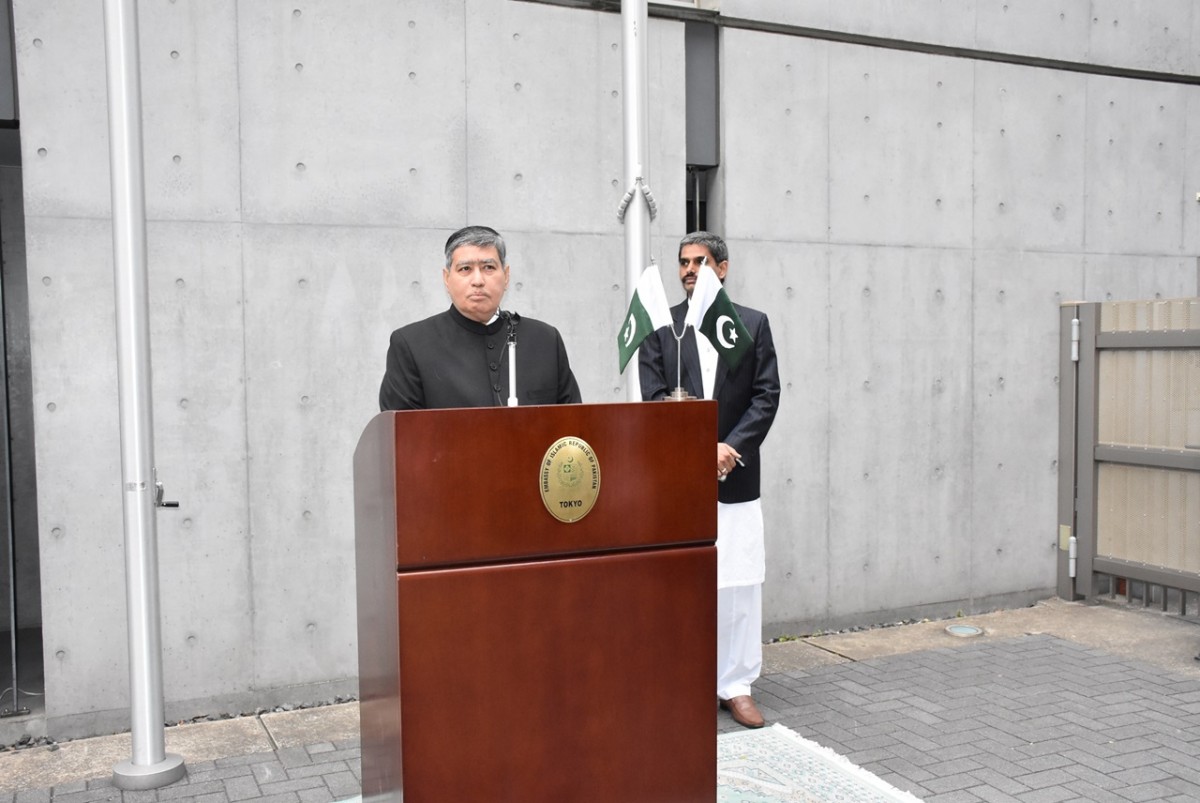 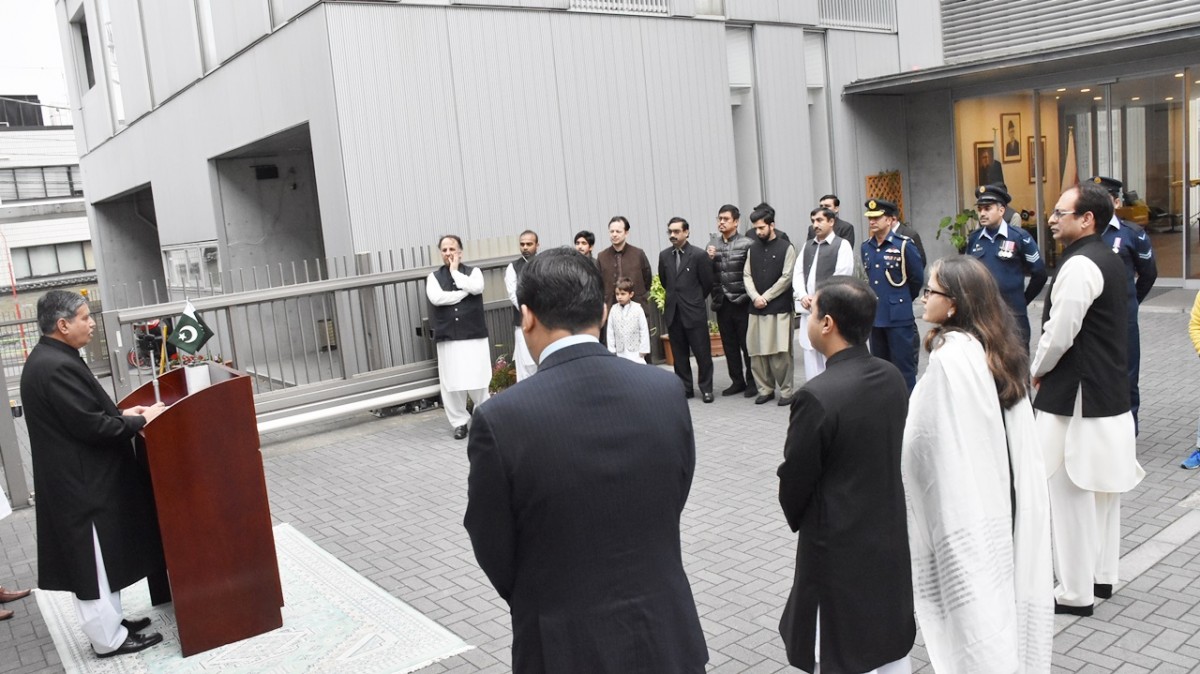