Investiture ceremony for the Award of ‘Sitara-i-Pakistan on Prof. Takamitsu Matsumura.

(Tokyo, May 10, 2022): An award conferment Ceremony was held at the Embassy today. In recognition of Prof. Mr. Takamitsu Matsumura’s outstanding services to the Urdu language in Japan, the Charge d’ Affaires a.i. Ms. Ismat Hassan Sial, on behalf of President of the Islamic Republic of Pakistan conferred the award “Sitara-i-Pakistan” on him. The ceremony was attended by government officials, academia, think-tanks, businessmen and members of Pakistani Community.

Mr. Matsumura was awarded with Sitara-i-Pakistan in recognition of his efforts to promote Urdu language in Japan for more than three decades. In his remarks, Mr. Matsumura expressed his deep gratitude to the President of Pakistan for awarding him with the award.

The Charge d’ Affaires in her remarks highlighted the important contributions made in promotion of Urdu language in Japan by Prof Matsumura. The ceremony was followed by a working lunch. 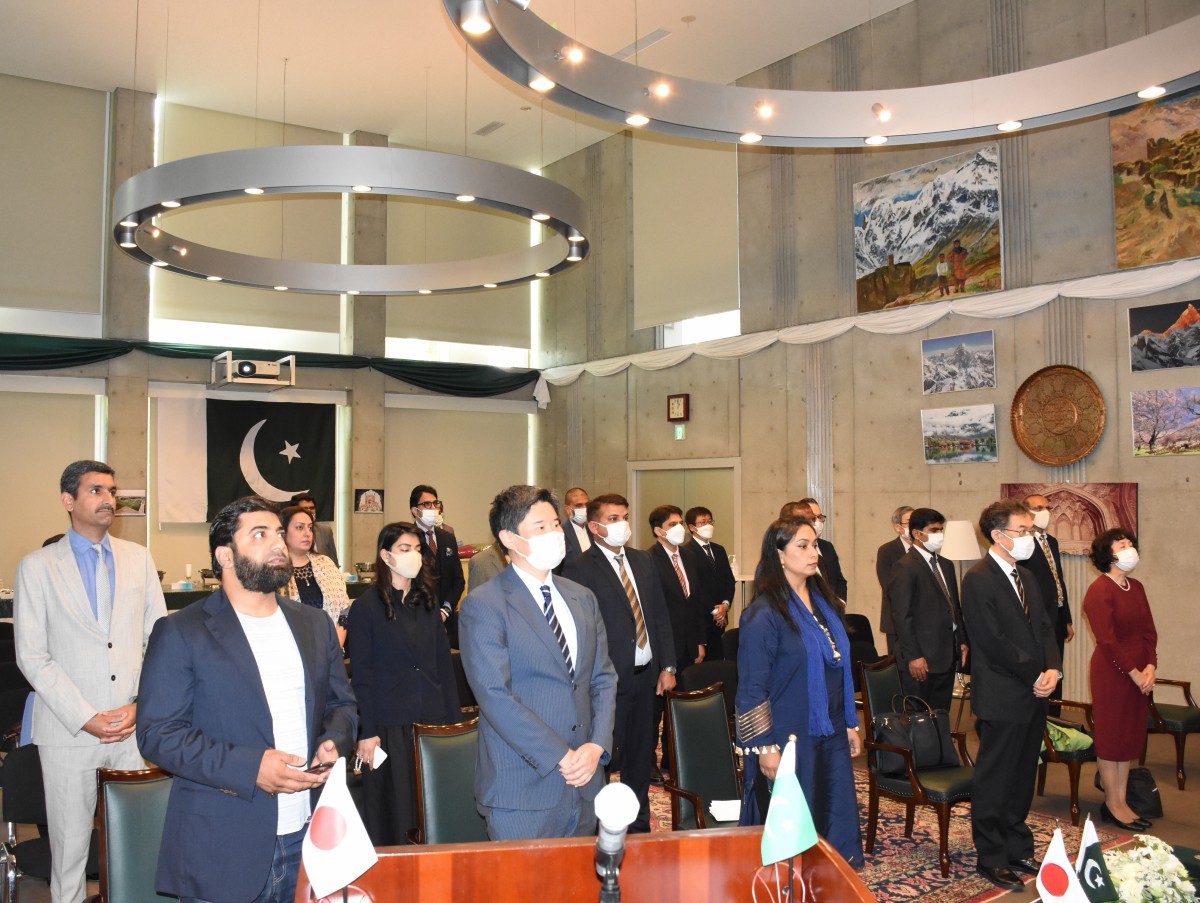 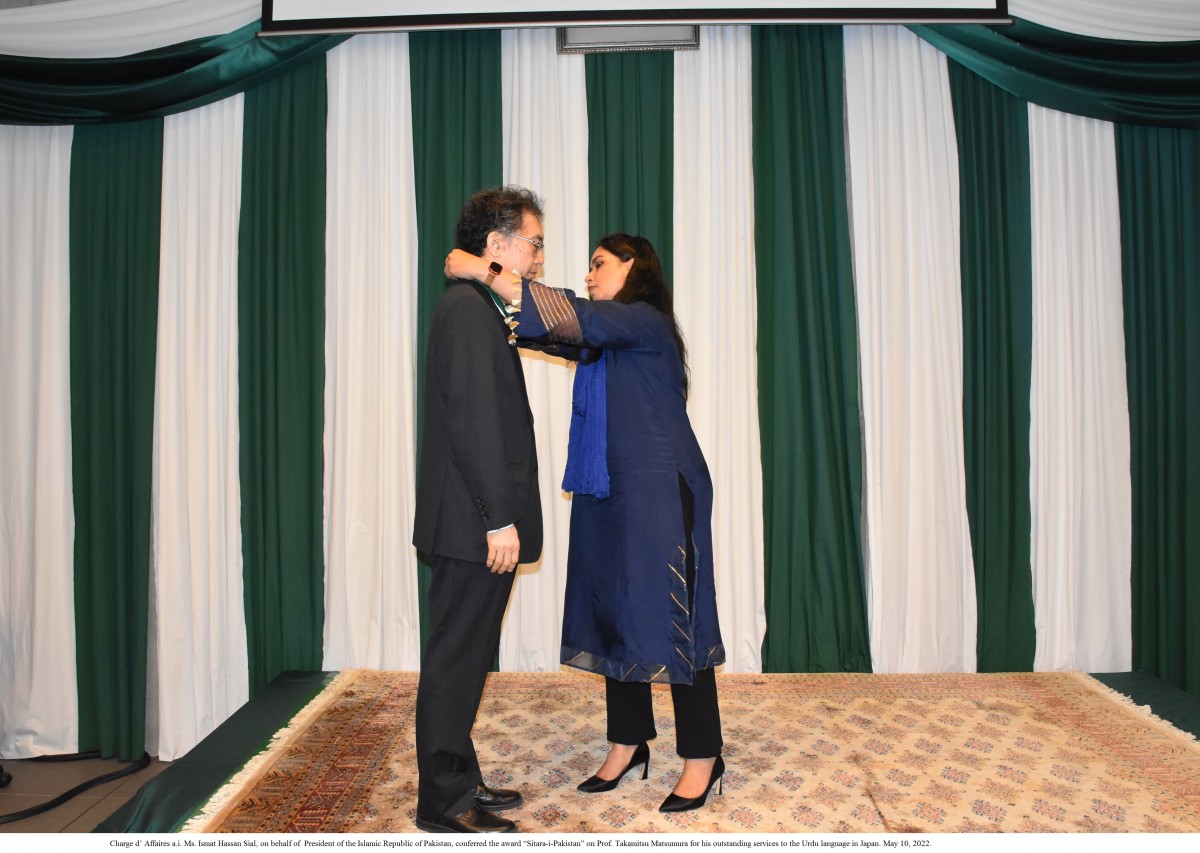 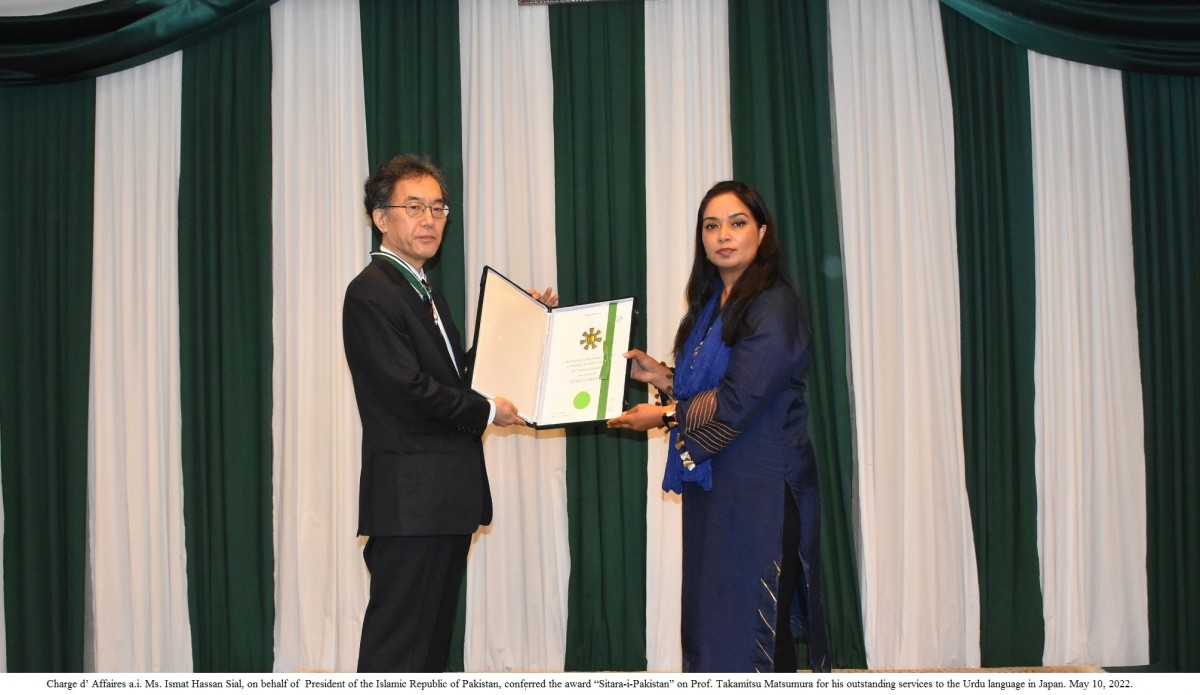 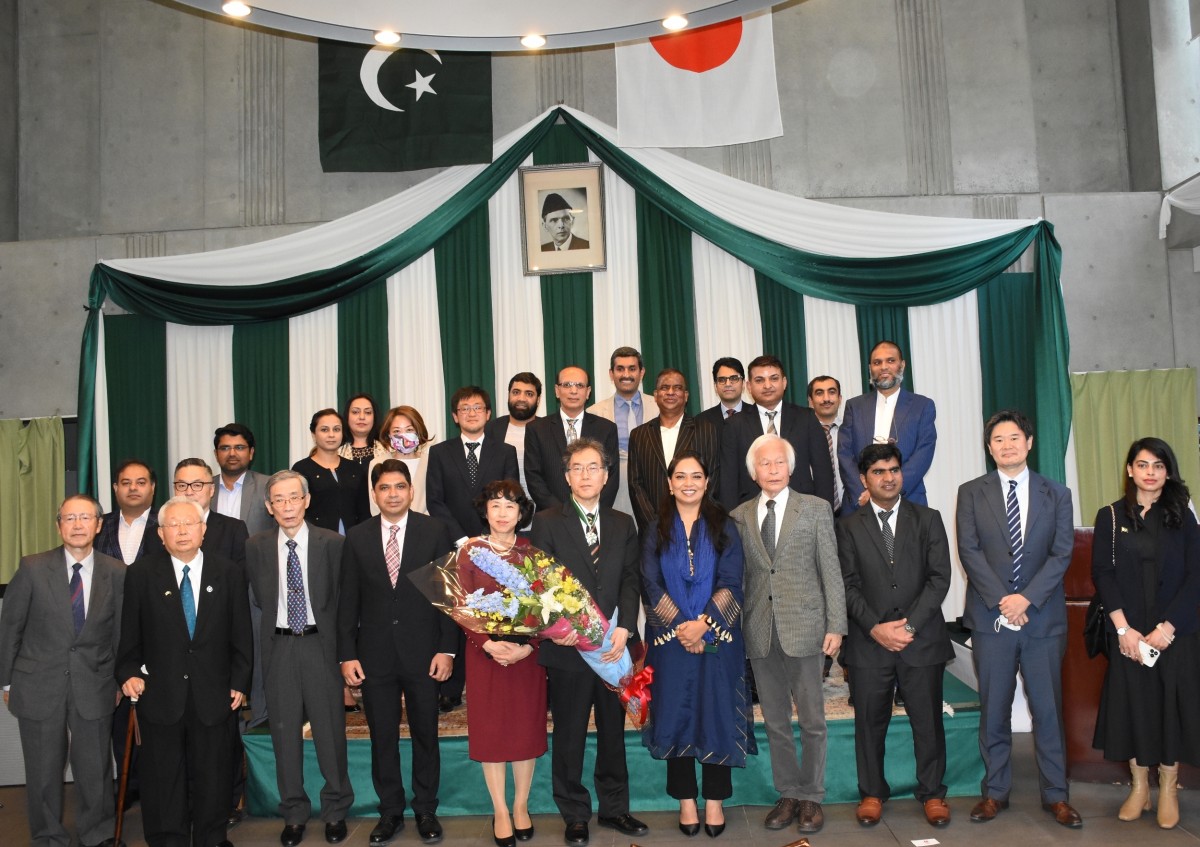