India is treading a very dangerous path not only within India and IIOJK but also with its relations with Pakistan: Ambassador Imtiaz Ahmad

(TOKYO: 04 FEB. 2021): A webinar on Kashmir issue was held at the Embassy of Pakistan in Tokyo to commemorate Kashmir Solidarity Day. The event was chaired by Pakistan’s Ambassador to Japan Mr. Imtiaz Ahmad and was attended by representatives of Japanese media, Kashmiri activists in Japan, and the spokesperson of Jammu and Kashmir Journalists Association from Srinagar.

At the outset, the Ambassador briefed the participants regarding Pakistan’s official position on the unfolding crisis in Indian illegally occupied valley. He said that the present Indian government is treading a very dangerous path not only within India and IIOJK but also with its relations with Pakistan, adding that human rights situation remains grave in the illegally occupied valley. This has been highlighted not only by the UN Secretary General, the UN High Commissioner for Human Rights but also by the international media and the civil society, he said. 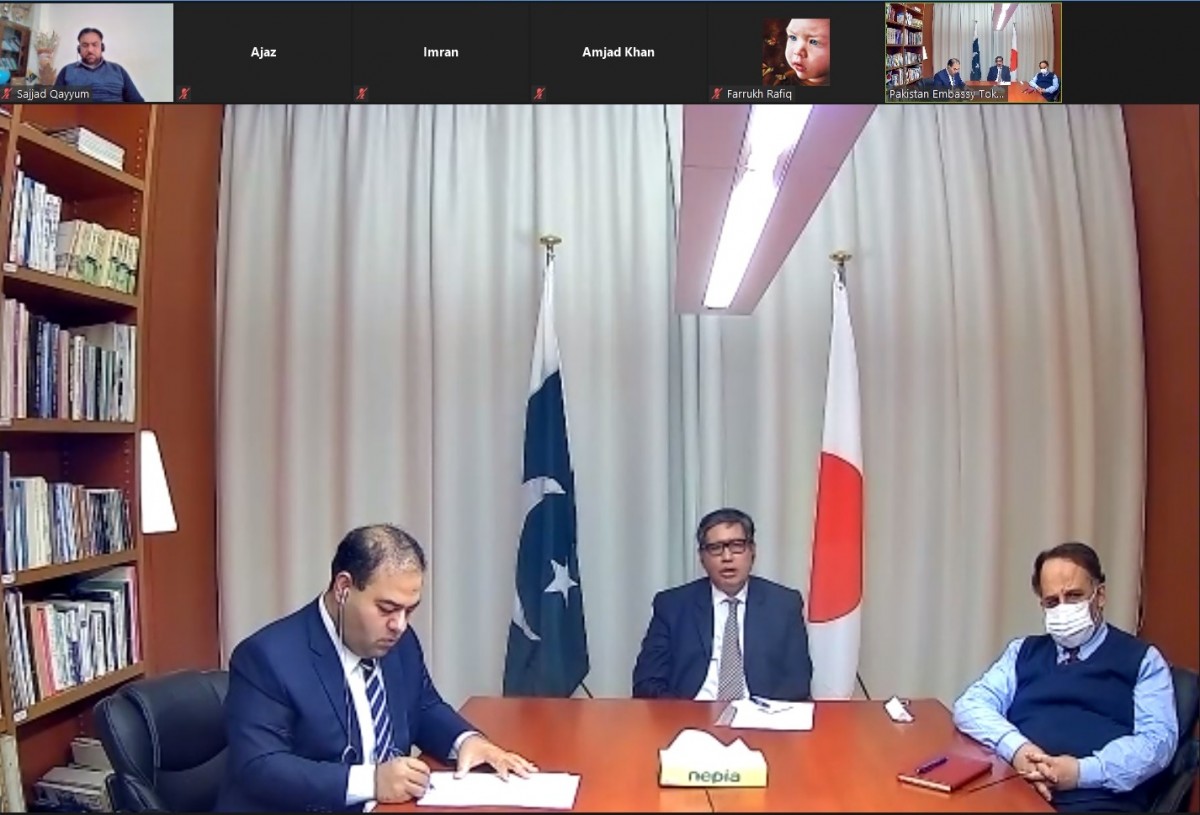 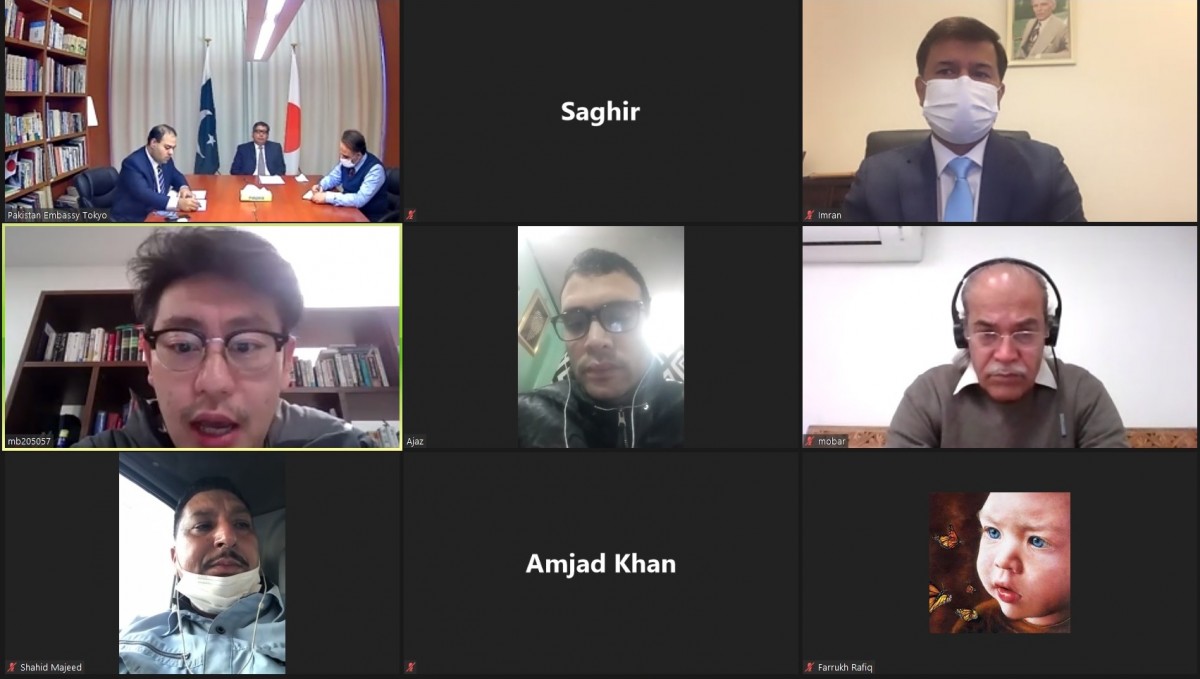 The Ambassador said that the Modi administration is trying to engineer a demographic change in Kashmir by issuing around 1 million domiciles certificates, which he said is a grave violation of the UN Charter, UNSC resolutions and the 4th Geneva Convention.

Indian Forces, he said, have been continuously targeting the civilian population along the LOC and Working Boundary. During last year alone, India committed more than 2000 ceasefire violations.

Ambassador Imtiaz also briefed the participants about EU Disinfo Lab report which unearthed a 15-year long operation by the Indian government of targeting EU and UN bodies through fake websites with an aim of maligning Pakistan. He said that the unholy nexus that exists between the ruling BJP and Indian media was also recently exposed by a leaked WhatsApp conversations of an Indian media personality. The leak showed that a famous anchor knew the details of the so called Indian surgical strike on Pakistan in advance.

Rameez Makhdoomi, the spokesperson of Jammu & Kashmir Journalists Association and editor of Kashmir Media Watch joined the webinar from Srinagar. He said that Kashmir is becoming a human tragedy and freedoms have become non-existent. He said that just because of the Internet shut down Kashmir Media Watch had to cut their staff by 75%. He said that Kashmiris have high hopes from Prime Minister Imran Khan that he will keep pressing the Indian government for a peaceful resolution of the Kashmir issue. War, however, is not a solution of the problem, he said.

So Matsui, South Asia Bureau Chief of the Japanese newspaper The Mainichi, showed concern for the situation in Kashmir and emphasized the importance of speaking out for Kashmiris. He, however, lamented the fact that the Indian government does not allow international journalists any access to the valley.

Mobarik Virk from Japan Broadcasting Corporation (NHK) said that people in the occupied valley are practically living in a jail. He said that Kashmir has become one of the longest unresolved tragedies in international politics. Everybody is watching Kashmir but, sadly, nobody is choosing to speak about it, he said.

Sajjad Qayyum, AFP correspondent from Azad Kashmir said that during his 15 years journalistic career he was never stopped by Pakistani authorities to access any part of the Kashmir valley. This level of freedom, he said, wasn’t available to international correspondents in India. 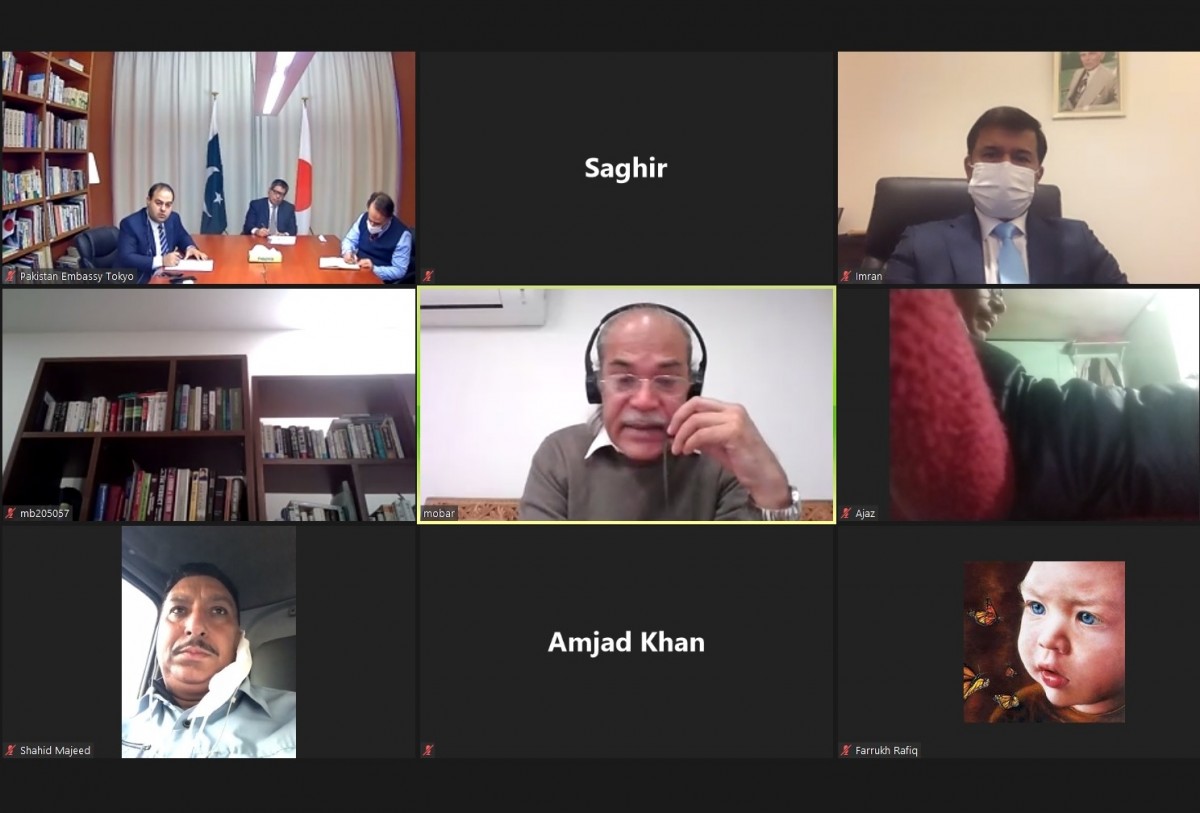 While giving his closing remarks, Ambassador Imtiaz Ahmad reaffirmed Pakistan’s unwavering moral, diplomatic and political support to the just struggle for the right of self-determination of the people of Indian Illegally Occupied Jammu and Kashmir (IIOJK) as enshrined in the relevant Resolutions of the UNSC.

He thanked all the participants and gave them assurance that Government of Pakistan will continue to raise Kashmir issue on all international forums.