(14-08-2020): The 73rd Anniversary of Independence was celebrated at the Embassy of Pakistan, Tokyo with zeal and enthusiasm. Ambassador Imtiaz Ahmad hoisted the National Flag whilst the National Anthem was recited by the audience. The Ambassador readout the messages of the President and Prime Minister of Pakistan. Both the messages emphasized upon the need to follow the principals and guidelines enunciated by the founding fathers in order to achieve developmental goals and sustainable prosperity. The messages also reiterated Pakistan’s firm commitment to extend all out moral, political and diplomatic support to Kashmiri people who have been under unprecedented siege, crackdown and torture perpetrated by the Indian Occupation Forces in Indian Illegally Occupied Jammu & Kashmir (IIOJK). 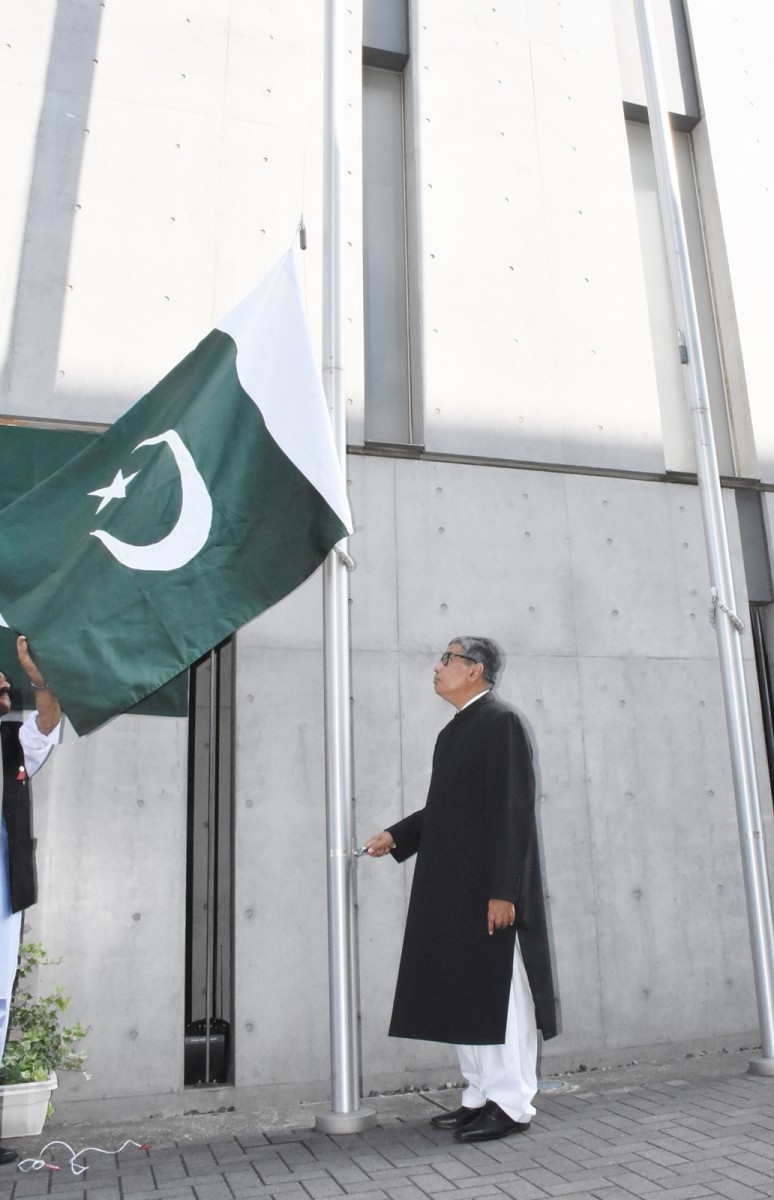 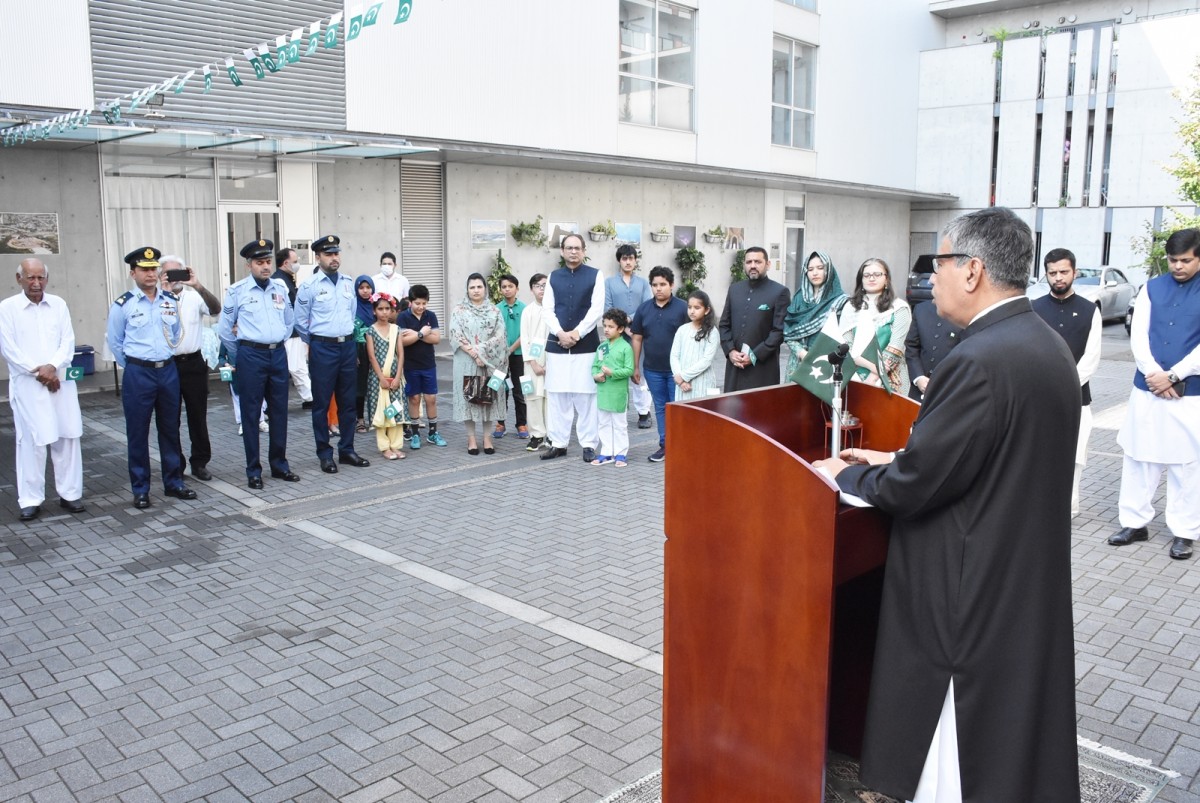 Ambassador Imtiaz Ahmad in his remarks highlighted the innumerable sacrifices rendered by our Forefathers to achieve a sovereign independent state. He added that it was imperative upon all Pakistanis to strive diligently for making Pakistan strong and united. The Ambassador specifically referred to the horrific situation in IIOJK where innocent Kashmiri people have been subjected to inhuman torture, arbitrary arrests, detentions, extrajudicial killings, digital lockdown and military siege especially after the August 5, 2019 illegal acts of the Indian Government. Ambassador Ahmad underscored the valiant freedom struggle of the Kashmir people who have been showing unmatched resilience and indomitable spirit to realize their just cause. The Ambassador also reaffirmed that Pakistan will continue its unstinted support to the indigenous struggle of Kashmiri people for realization of their inalienable right to self determination in accordance with the UN Security Council resolutions. 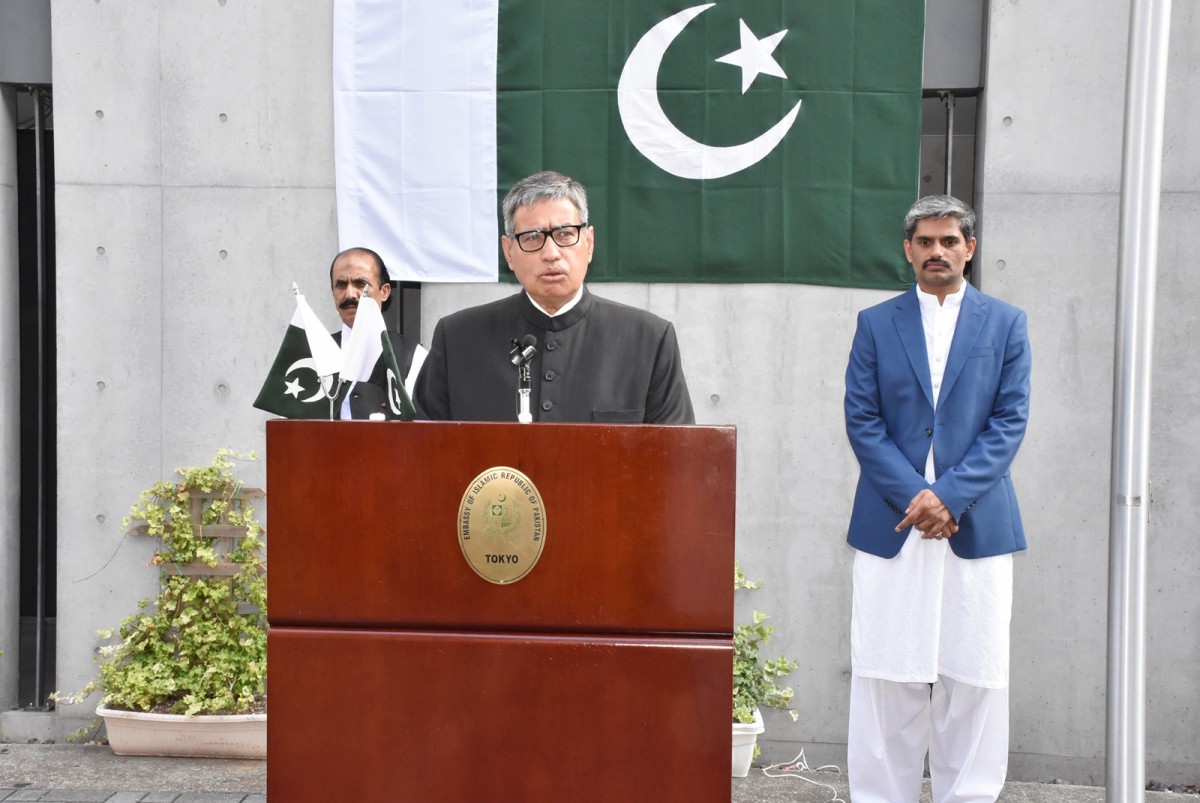 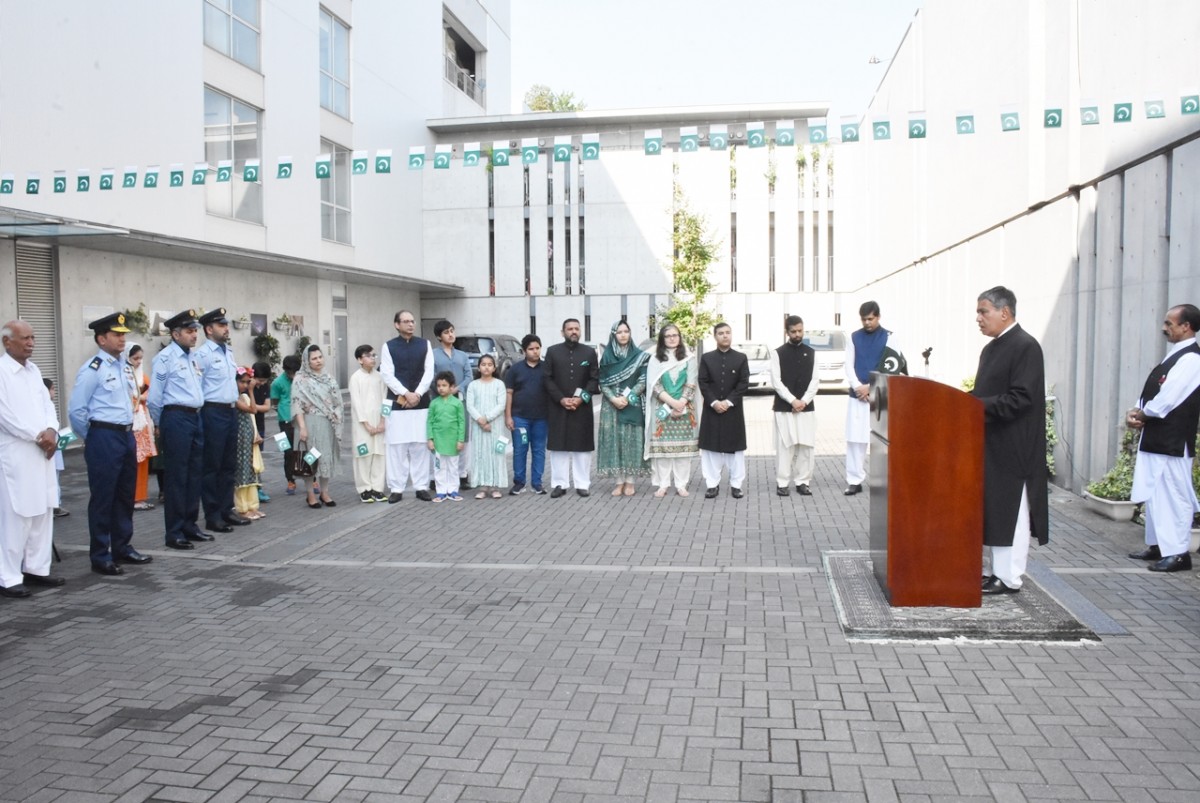