(22-04-2019): Foreign Minister Makhdoom Shah Mahmood Qureshi attended a breakfast meeting this morning with the academicians, intellectuals and business persons associated with Japan’s prestigious think tank, the Japan Institute of International Affairs (JIIA) on the topic “Pakistan’s Quest for a Peaceful Neighbourhood: Challenges and Opportunities”. The talk was moderated by Mr. Kenichiro Sasae, former Vice Minister of Foreign Affairs and Japanese Ambassador to the US and currently President of the Institute. 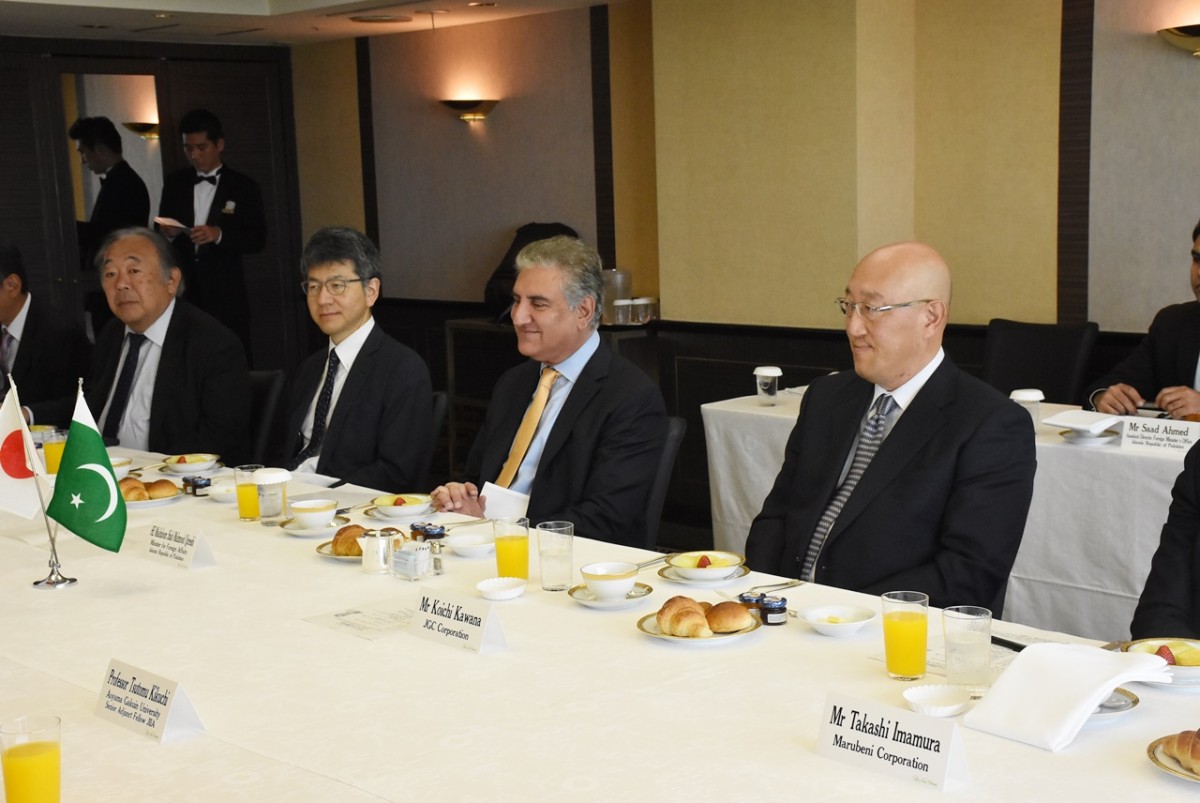 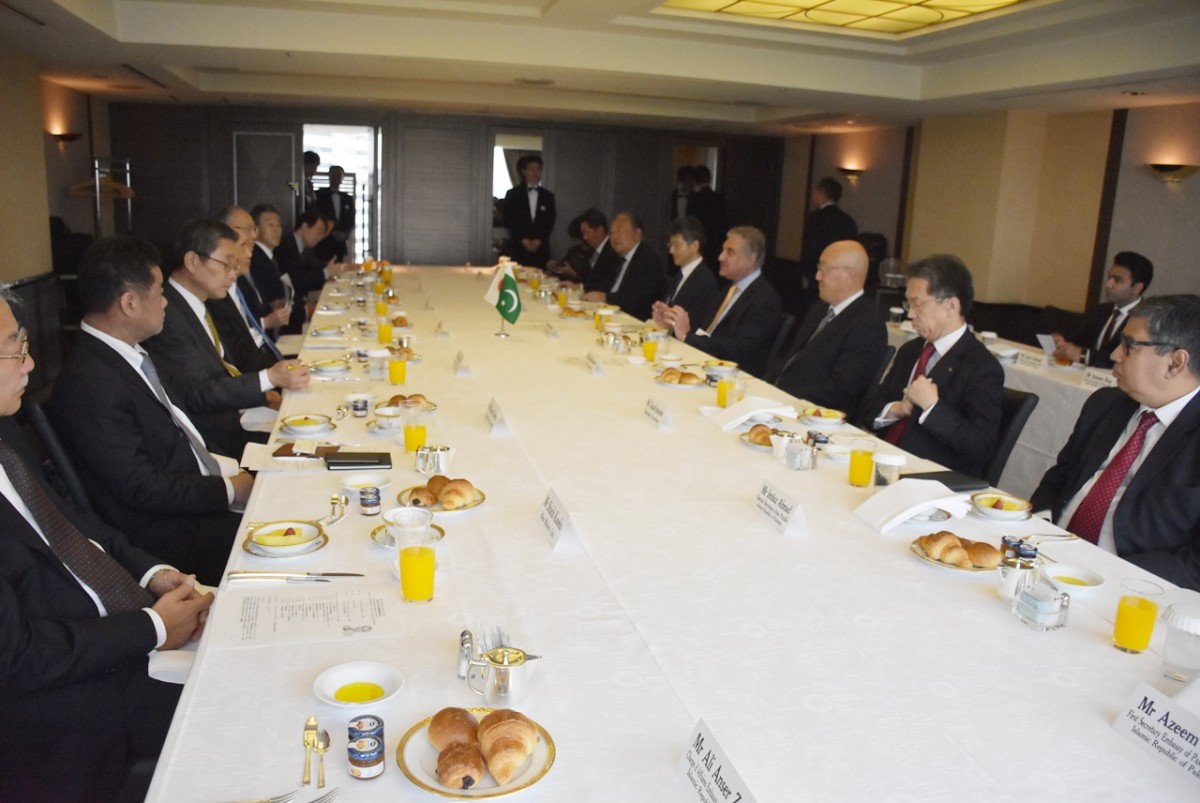 The Foreign Minister talked at length on the broad contours of Pakistan’s foreign policy with particular emphasis on the new Government’s peace efforts with Pakistan’s neighbours and in the wider region. The Foreign Minister delved in depth on various steps being taken by Pakistan in pursuance of peace and reconciliation in Afghanistan and the Government’s efforts to resume dialogue with India to achieve lasting peace and prosperity in South Asia. He underscored Pakistan’s vision to become a manufacturing, trade and transit hub for commerce and energy connecting South Asia with the Middle East and Central Asia. The Foreign Minister called for establishing and reinvigorating the dormant trading blocks in the region and Pakistan’s role in that context. 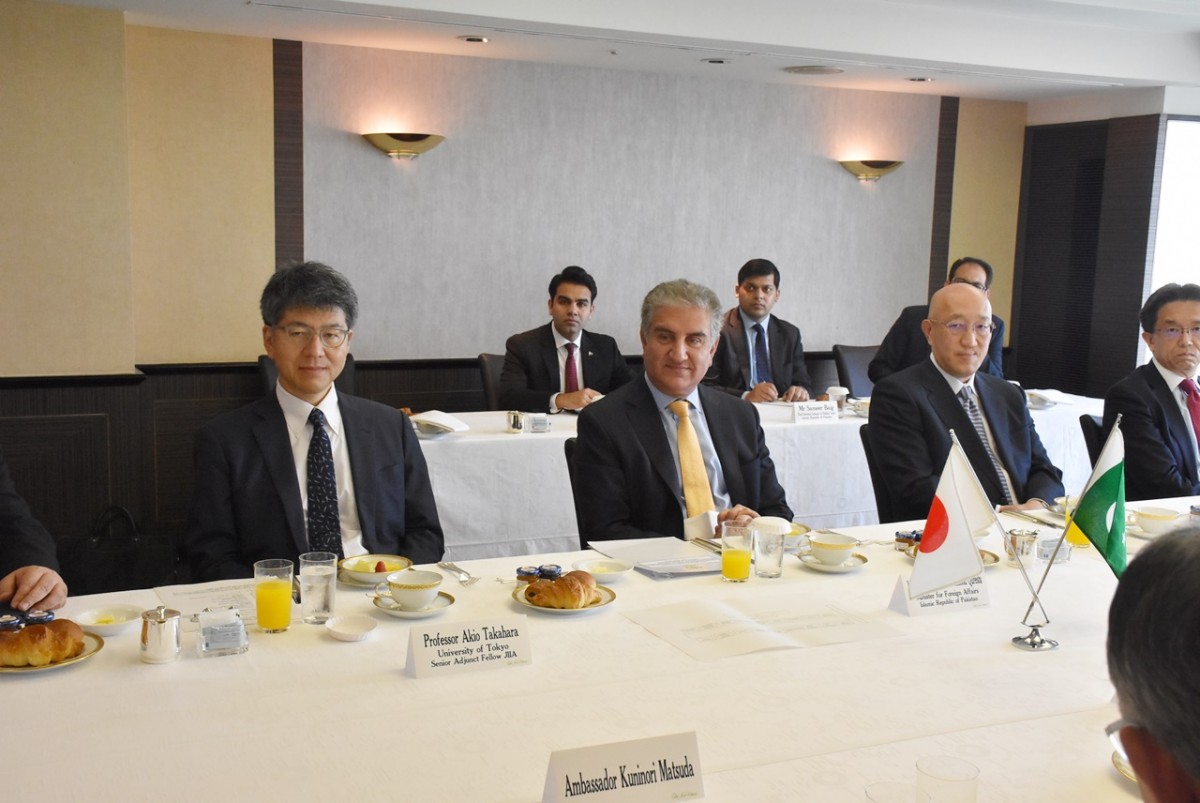 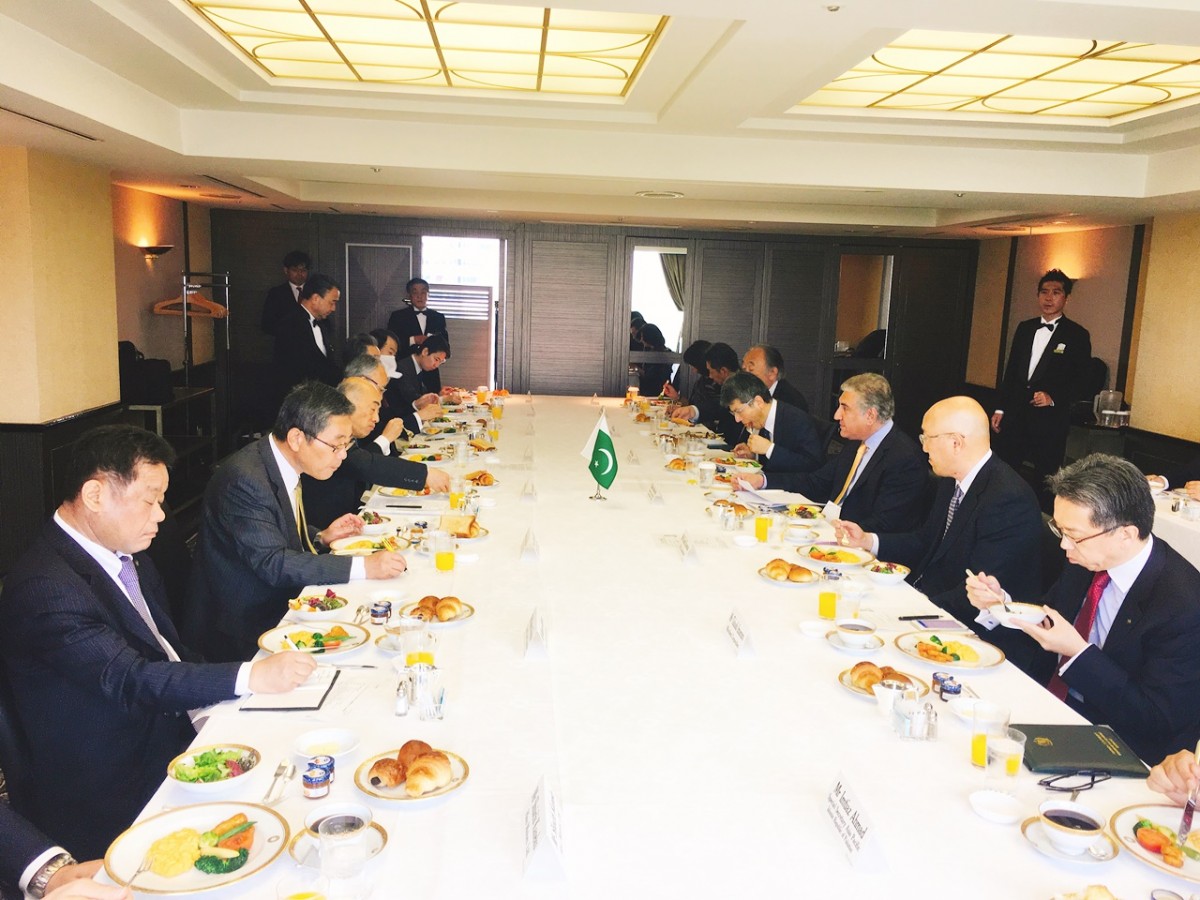 The interactive session afforded a good opportunity to put across Pakistan’s view point to the academicians and scholars in Japan.