An event was organized by Embassy of Pakistan, Tokyo to observe 27th October as Kashmir Black Day.

(Tokyo, October 27, 2022): An event was organized by Embassy of Pakistan, Tokyo to observe 27th October as Kashmir Black Day. A large number of Pakistani community members and Kashmiri Diaspora attended the event.

Messages of the President and Prime Minister of Pakistan, which emphasized on support and solidarity with Kashmiri people for realization of their legitimate right to self-determination, were read out.

The Charge d’Affaires (a.i.), Ismat Hassan Sial in her remarks, highlighted the continuous atrocities being committed by Indian occupation forces in Indian Illegally Occupied Jammu and Kashmir (IIOJK) and expressed Pakistan’s full support for Kashmir cause.

Members of the Pakistani community made speeches in support of our Kashmiri brethren.  In addition, prominent Kashmiri representatives from Indian Illegally Occupied Jammu and Kashmir (IIOJK) also appeared virtually to share their opinions. Syed Faiz Naqshbandi, Convener, APHC Islamabad expressed his views on the current repression and severe violation of human rights of Kashmiris by the Hindutva Government of RSS. President of Kashmir Forum-Japan, Shahid Majeed expressed his sentiments over the long-standing dispute which had caused so much suffering to the Kashmiris.

Earlier in the day, the members of the Pakistani community and Kashmiri Diaspora, with banners and placards in hands, held a strong protest in front of the Indian Embassy in Tokyo to observe the Kashmir Black Day and strongly agitate against the unprecedented gross human rights violations in IIOJK by Indian security forces. They also marched towards the UN Representative Office in Tokyo and submitted a demarche.

A photographic exhibition was organized in the Embassy of Pakistan which was open to all incomers of Consular Section, interested Japanese individuals and Pakistani Diaspora. 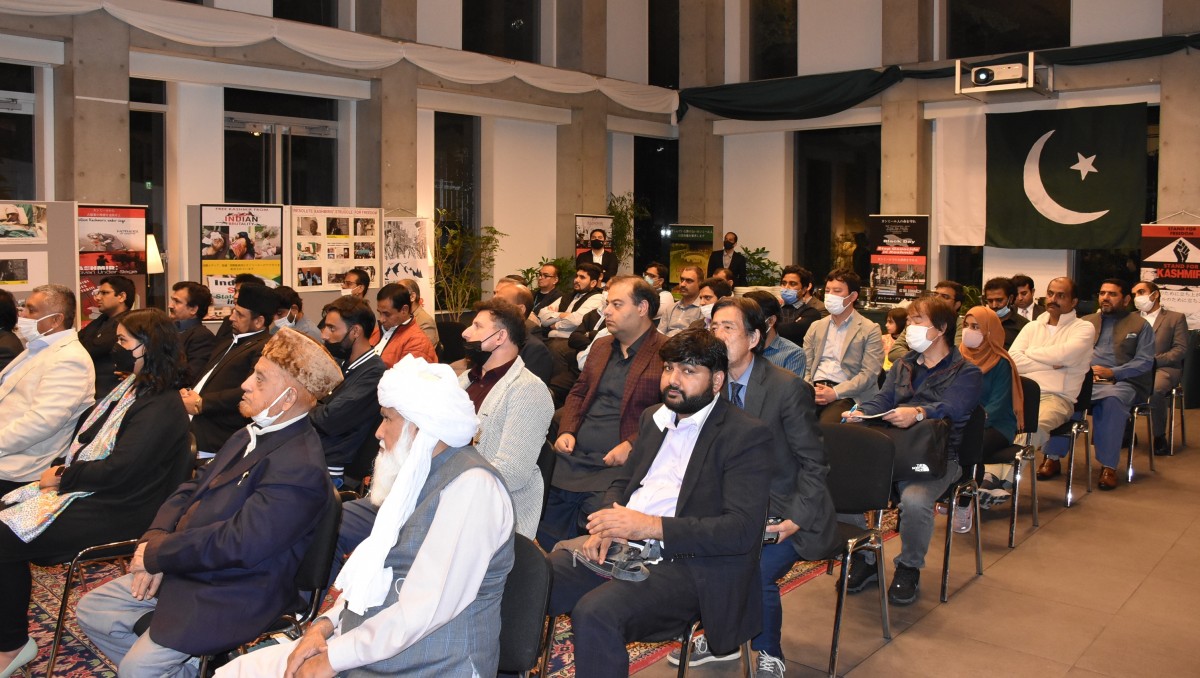 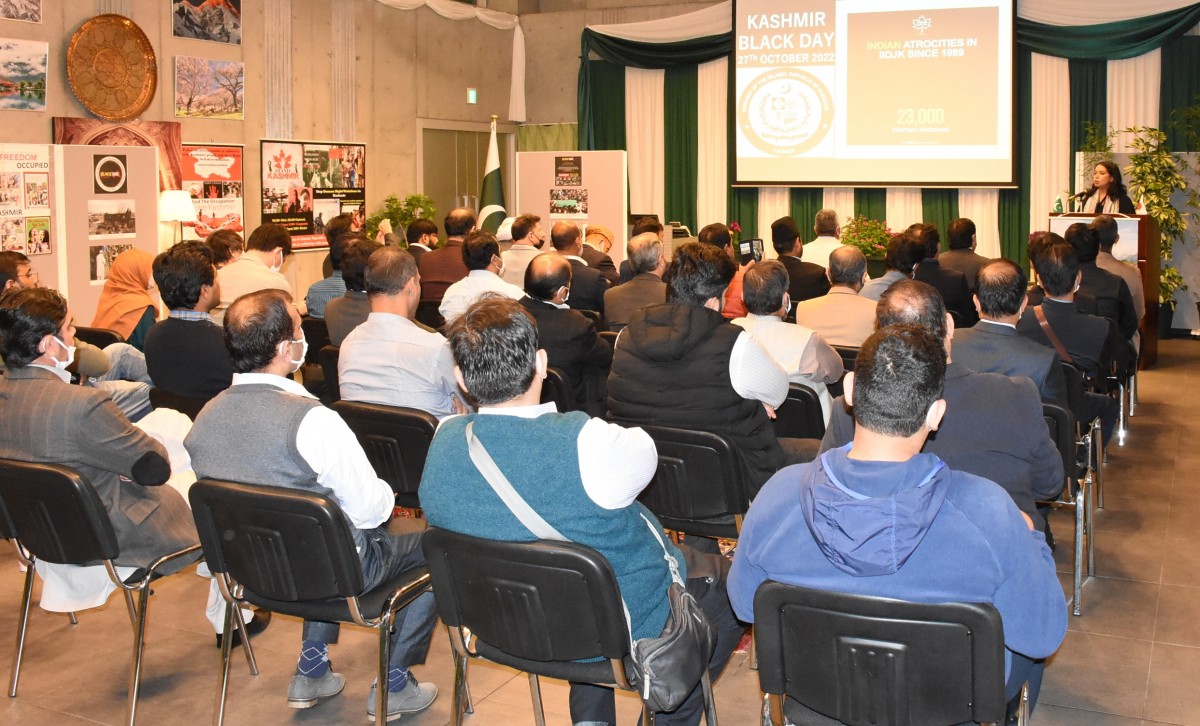 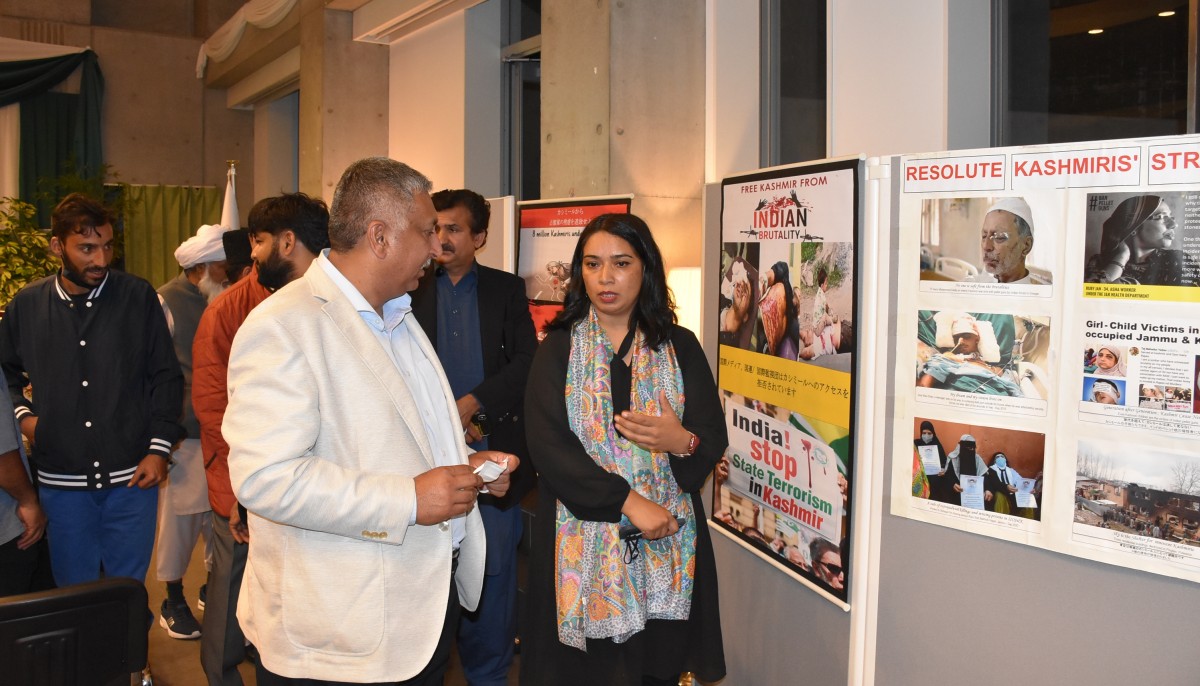