(05-09-2019): The Defence Day was observed at the Embassy to commemorate the 54th anniversary of the 1965 war. The event was attended by senior military officers of Japan, government officials and Defence Attaché of other countries. 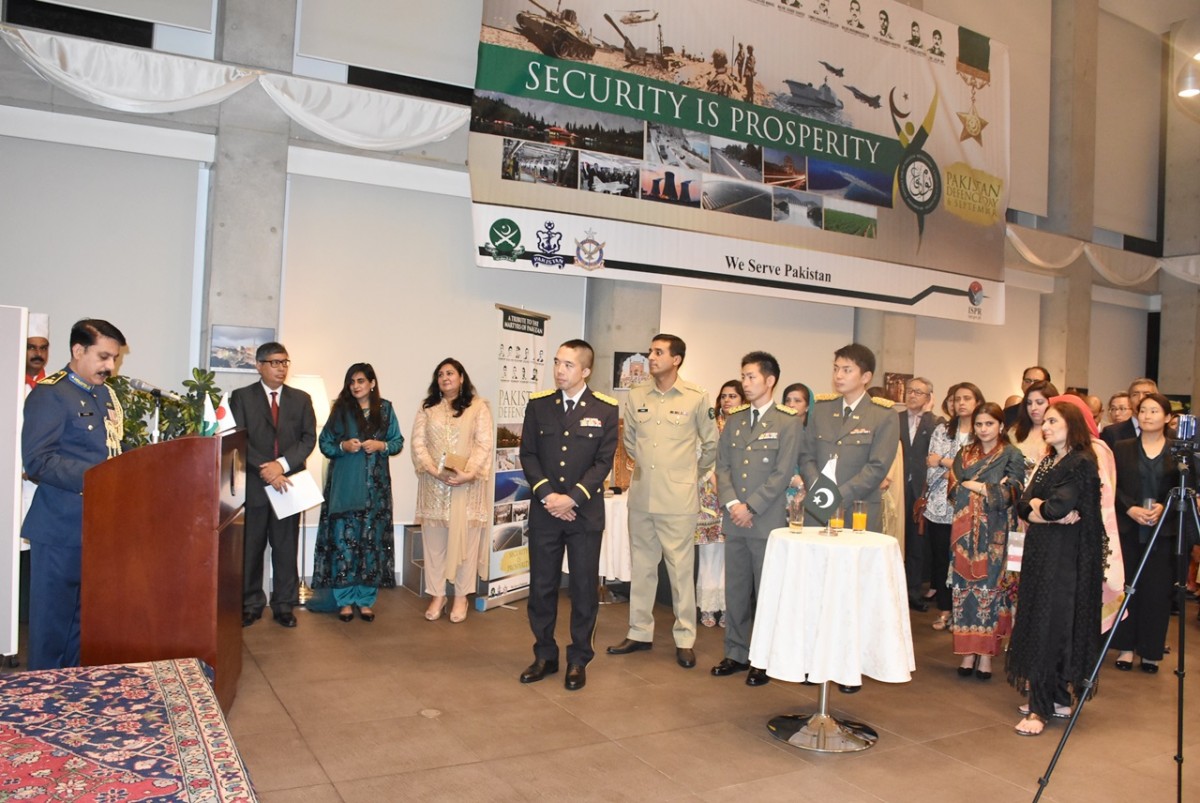 Addressing on the occasion, Ambassador Imtiaz Ahmad highlighted the sacrifices and valor rendered by the Armed Forces in defending the sovereignty and territorial integrity of Pakistan against aggression by a much bigger neighbor in 1965. 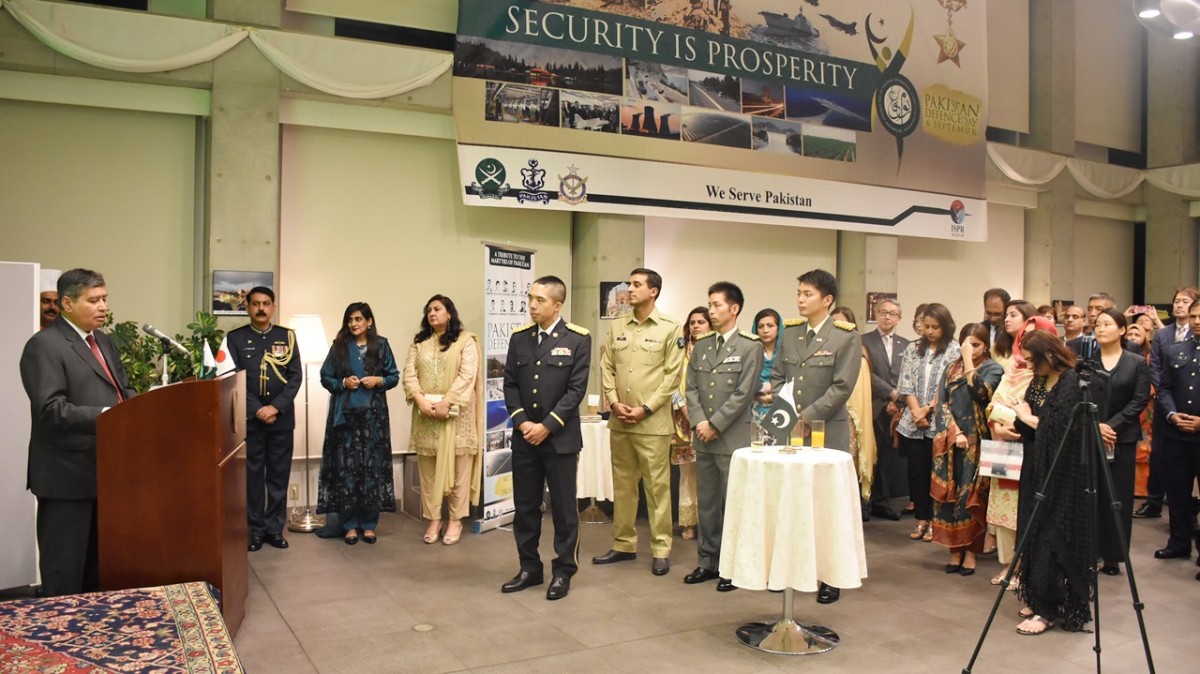 The Ambassador added that all must understand that solution to today’s conflicts lies in peace not war as it is key to growth and success of any country or region. He emphasized that Pakistan firmly believes in the philosophy of peaceful neighborhood striving to maintain good relations with all other nations on the basis of respect & equality. The Ambassador pointed out to the remarkable contribution made by Pakistan in war against terror since 2002 by conducting numerous operations against terrorists in the after math of 9/11. More than 6000 officers and soldiers of law enforcement agencies laid down their lives to defeat these elements and make Pakistan, region and the world a safer place. 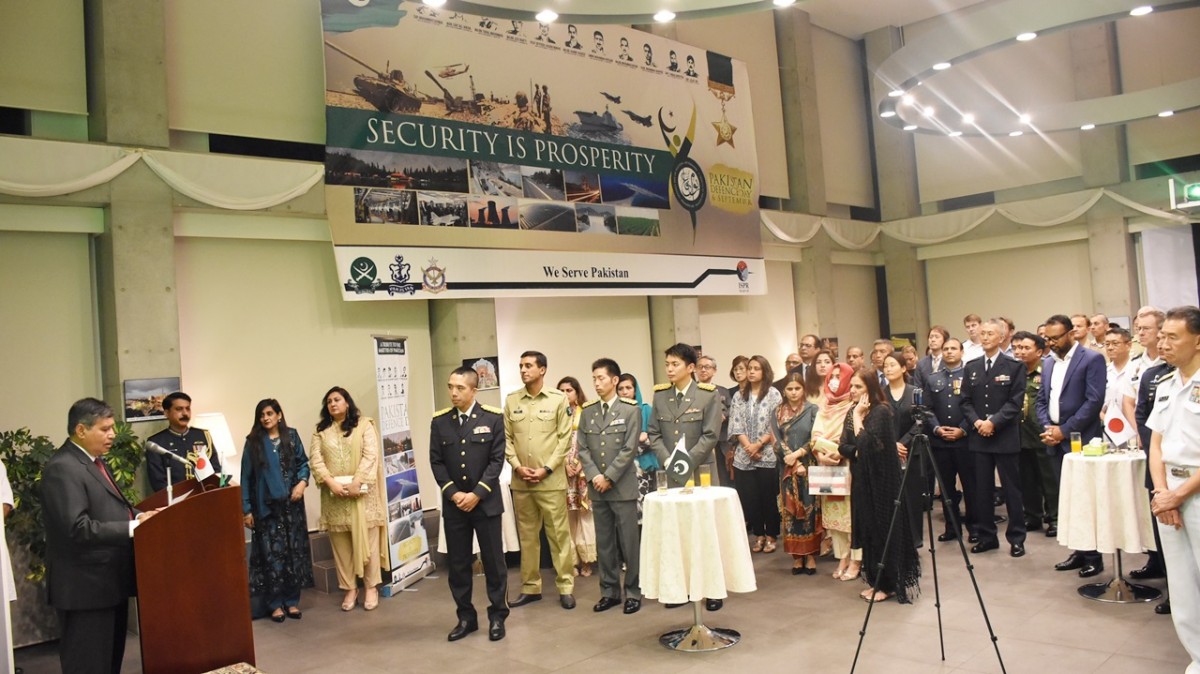 The Ambassador also appreciated the cooperation of the Japanese Self Defence Forces with Pakistan Armed Forces particularly in the realm of training and capacity building support and hoped that both the countries would continue to enjoy the mutually beneficial relationship for the sake of world peace. 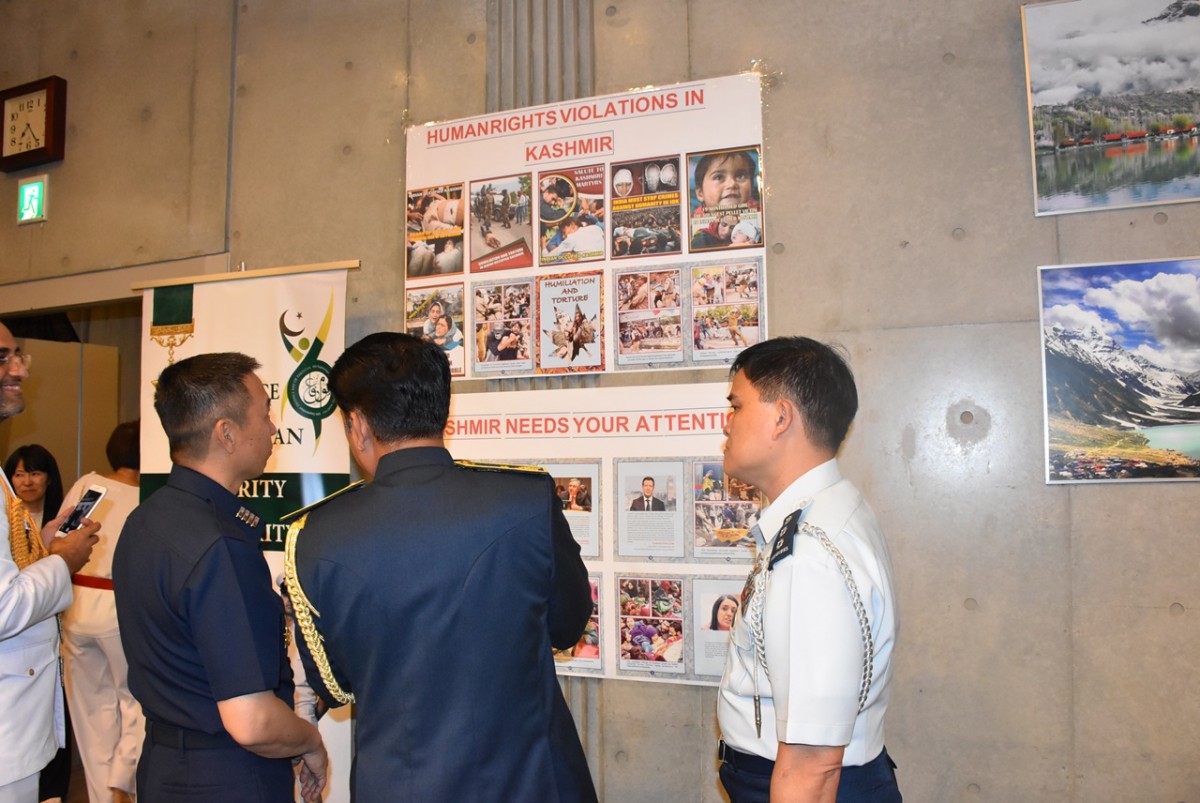 The Ambassador underscored the significance of this year’s Defence Day commemoration as the same is also being observed as Kashmir Solidarity Day. He emphasized that despite being an unresolved agenda of the united National Security council, the Indian government arbitrarily  revoked article 370 and 35-A which gave the Indian Occupied Kashmir a special constitutional status. He also referred to the deployment of over 800,000 troops in the Indian Occupied and Kashmir and subsequent horrendous human rights violation besides imposition of blanket curfew and complete shutdown of all communication platforms. The Ambassador reaffirmed Pakistan’s unabated moral, political and diplomatic support to the inalienable and just cause of the Kashmiri people enabling them to achieve their right of self-determination. Ambassador Ahmad reasserted Pakistan’s strong commitment to raise the Kashmir issue at all forums with full zeal and impressed upon the International Community to contribute towards resolution of the matter in accordance with the United Nations Security Council Resolutions.