(Tokyo,16-10-2020) In a meeting with Mr. Ryu Yamamoto, the Mayor of Maebashi city, Gunma prefecture, Ambassador Imtiaz Ahmad ensured cooperation to establish Islamabad – Maebashi Sister Cities relations. The Ambassador highlighted number of areas that can be targeted for developing bilateral trade and investment linkages between Maebashi and Pakistani companies. He made special reference to economic and investment potential and possibilities of developing partnerships with Pakistani IT industry, encouraging procurement of professional services and human resource from Pakistan. Ambassador Imtiaz Ahmad also endorsed the idea of organizing a joint Japan – Pakistan cultural and sports event in Maebashi city that would result in opening more avenues for further collaboration.

The mayor of Maebashi city in his remarks showed full support to the endeavors of finalizing the Sister Cities agreement which surely would result in developing strong economic partnership. He expressed pleasure over decision of two Maebashi businessmen to invest in Pakistan. He added that there is a tremendous potential for both the stakeholders to develop strong connection in many areas and sectors. Mirza Asif Baig, the head of Saffron Group, highlighted the potential of business linkages between Maebashi city and Pakistani companies while identifying areas that can be explored for mutual cooperation and benefits.

It is pertinent to mention that the idea of sister cities relations between Islamabad and Maebashi was presented by Mr. Naohisa Fukuda CEO of Japan Communications Inc. and Mirza Asif Baig Chairman Saffran Group & Japan Pakistan Economic Cultural Association (JPECA) to the Ambassador of Pakistan and the Mayor of Maebashi who appreciated the idea and ensured their full support. 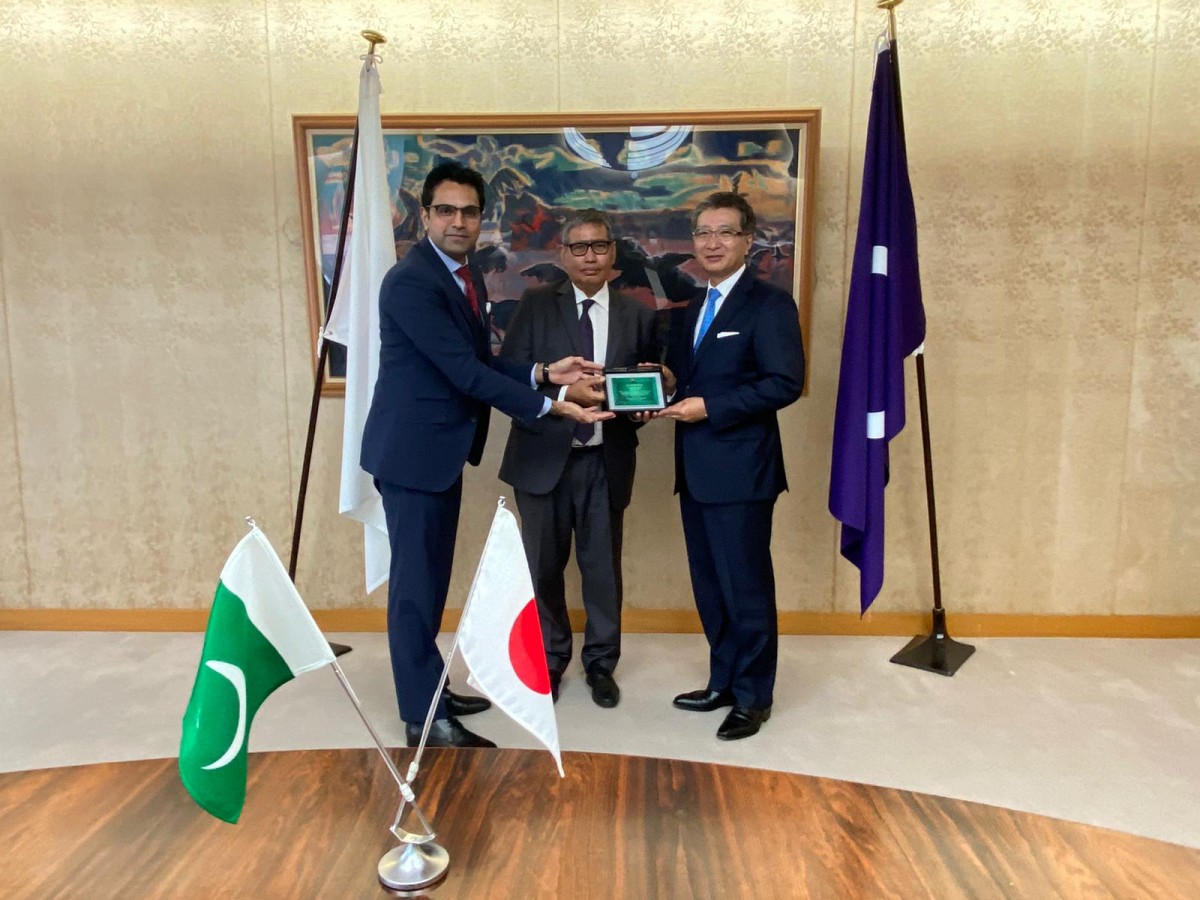 Ambassador Imtiaz Ahmad also appreciated the efforts of Mr. Fukuda of JCI, Mr. Kanai of Climb Co. Ltd and Mirza Asif Baig of Saffran Group in making the event a success. He also acknowledged the endeavors of their companies who have started a business consortium to invest in the financial technology sector of Pakistan and added that this business alliance sets an example for many companies in Japan and Pakistan to consider mutual markets to enhance further business and social ties.

Ambassador Ahmad and the Mayor of Maebashi city also appreciated the role of Japan Pakistan Economic & Cultural Association, Co-Chaired by Mr. Kawamura Takeo, Ex Chief Cabinet Secretary of Japan and Mr. Baig, which aims at promoting the economic and cultural relationships between Japan and Pakistan.