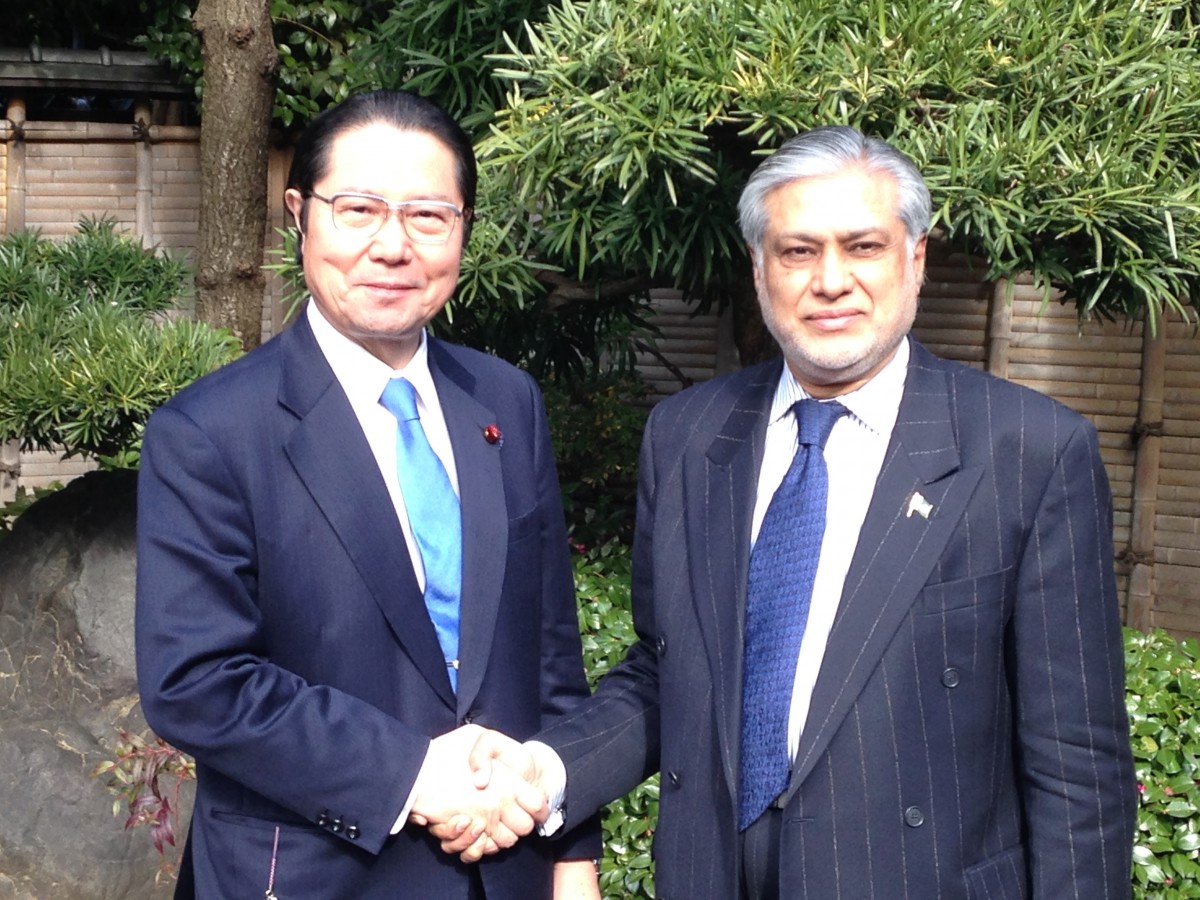 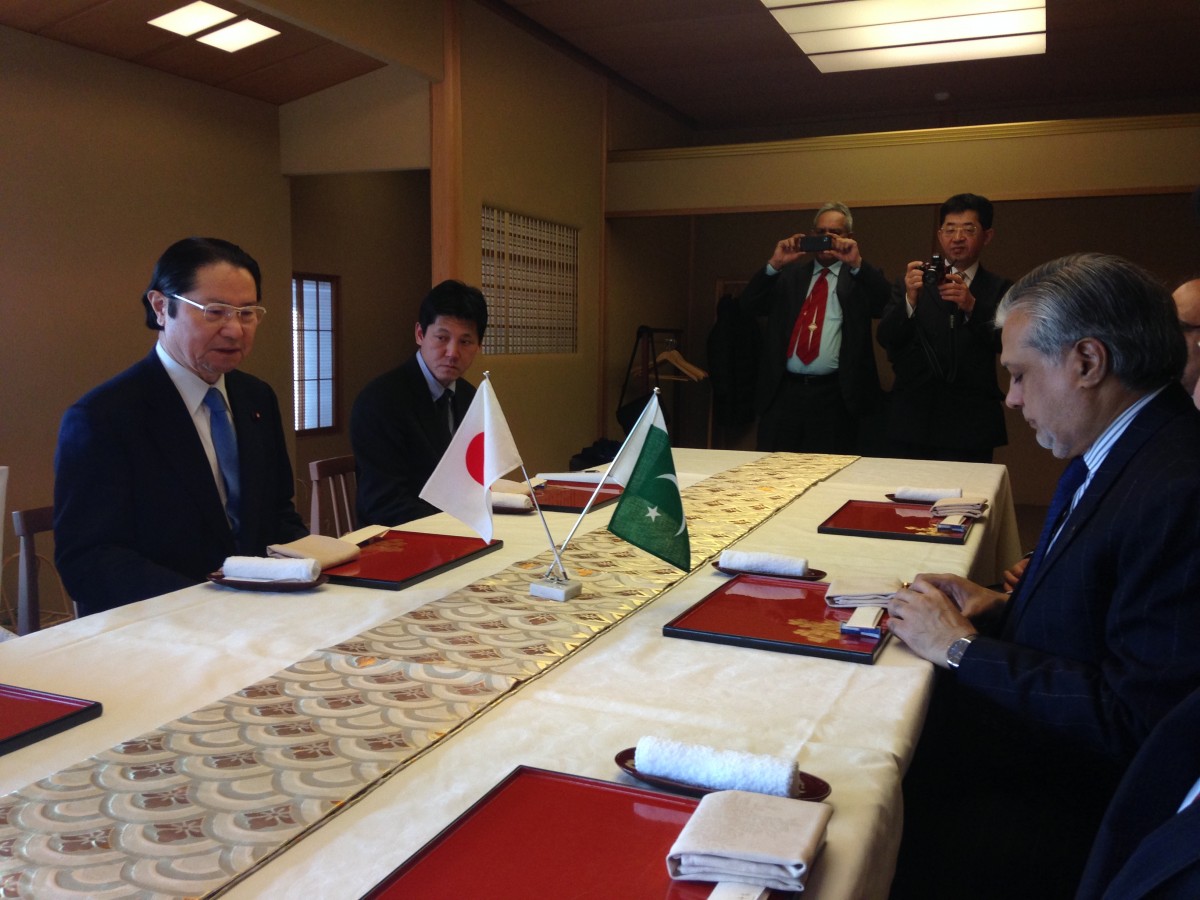 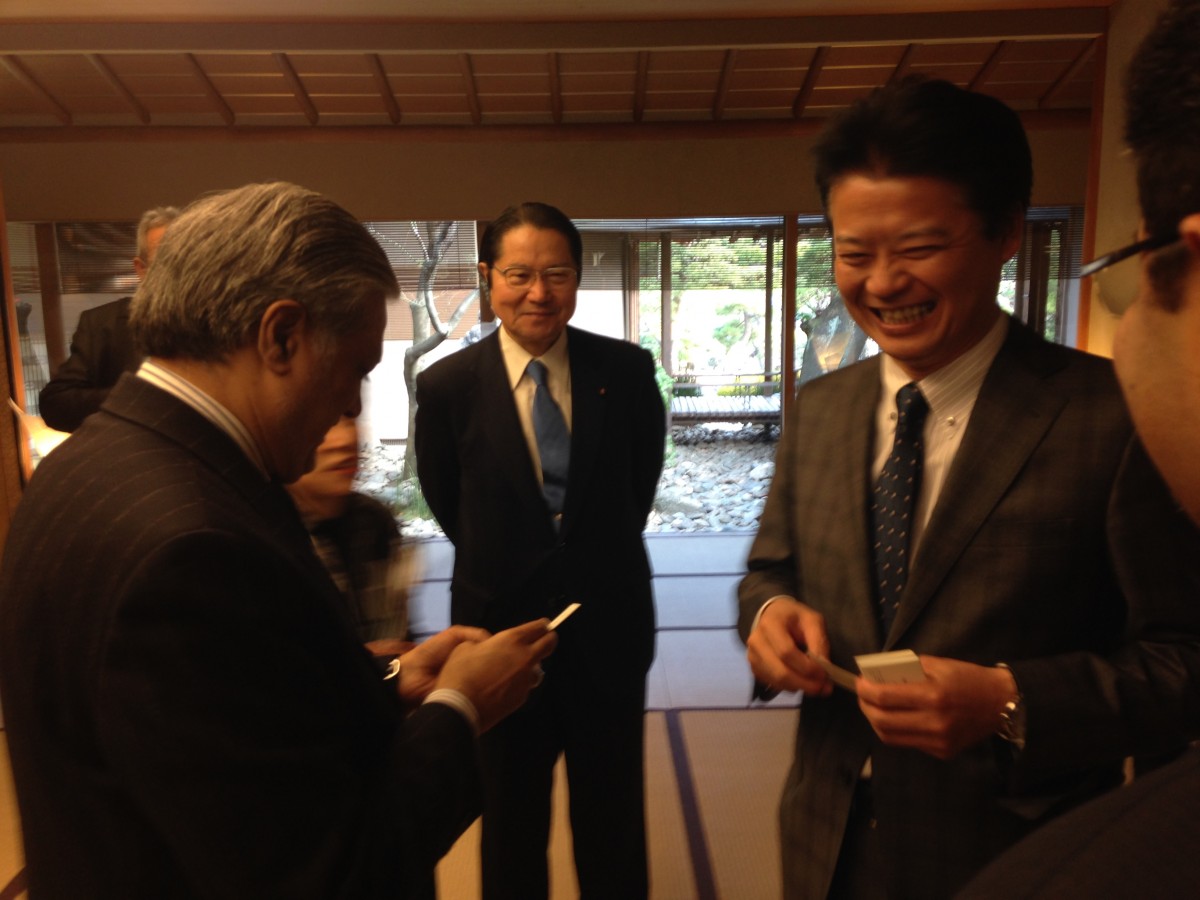 Mr. Eto welcomed the visit and appreciated the friendly and cooperative bilateral relations. He expressed confidence in the leadership of Prime Minister Nawaz Sharif towards achieving peace and progress for Pakistan. He observed that a vast percentage of youth in Pakistan presented an opportunity while Pakistan's   geostrategic location contributed to its added significance.

Mr. Eto observed that the presence of Japanese companies stood at 69 and needed to be enhanced though creating a congenial environment. He proposed to establish Japan Special Economic Zones to house Japanese companies and attract Japanese investment. Mr. Eto expressed his confidence that the Japan Bank for International Cooperation (JBIC) would support such a venture.

Mr. Gemba from Democratic Party of Japan (DPJ) (Opposition Party), was Foreign Minister until December 2012. He welcomed the steps taken by the current government in Islamabad in accommodating YAMAHA's return to Pakistan and solicited favorable environment to attract more Japanese companies to Pakistan.

Mr. Dar thanked his hosts for their warm hospitality and the opportunity to exchange views. He explained the initiatives of the Government on Security, Education, Energy and Economy. He stated that 100 Acres of land in Sindh Province has been allocated for Special Economic Zone from which Japanese companies should fully benefit.

The Finance Minister observed with satisfaction that two delegations from the Lower House of the Parliament of Pakistan are scheduled to visit Japan during February 2015. Refreshing the invitation for a visit by  JPPFL to Pakistan, the Minister stated that inter-parliamentary exchanges would consolidate bilateral relations and promote understanding.