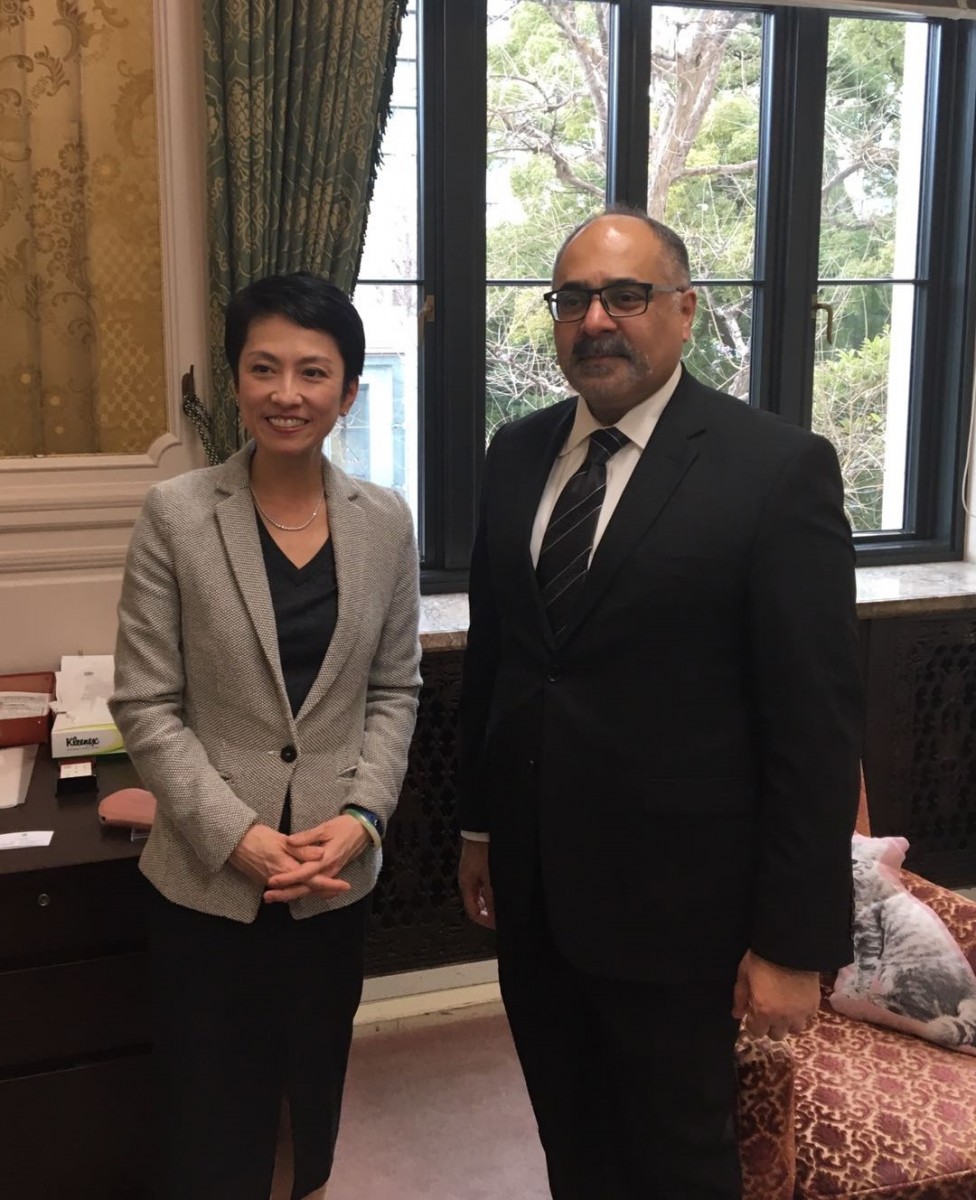 Both sides exchanged the views on issue of mutual interests including the strengthening of democracy in Pakistan. The Ambassador briefed the President on Pakistan's positive developments in democratic sphere and strengthening of democratic institutions. He also shared that Pakistan ranks high in South Asia in terms of women participation in Parliament, as per ranking of Inter Parliamentary Union (IPU). Pakistan and Japan can mutually benefit from each other's democratic experience. He also invited President Renho to visit Pakistan.

Whilst highlighting the Prime Minister's vision of "Peaceful Neighborhood" the Ambassador emphasized the rule and role of the United Nations. He also underscored Pakistan's contribution to United Nations Peace Keeping (UNPK) forces. The Ambassador also stressed the need of multilateralism to cater the common challenges such as Climate change.

President Renho welcoming the Ambassador stated that Pakistan-Japan enjoyed cordial relationship and appreciated the female's active participation in Pakistan's Parliament and in other fields. The President also expressed her desire to continue the deeper engagement  with the Embassy.