Japanese companies invited to benefit from Pakistani human resource as Japan faces a shortage of 800,000 IT Engineers.

(Tokyo, October 14, 2021): Advisor to Prime Minister, Abdul Razak Dawood has invited Japanese IT companies to engage with and benefit from young, talented and skilled human resource in Pakistan. He was speaking at a webinar on “Current State of Smart City Initiatives in Japan and the Rapid Growth in IT Industry of Pakistan” arranged by the Embassy of Pakistan in Tokyo today. 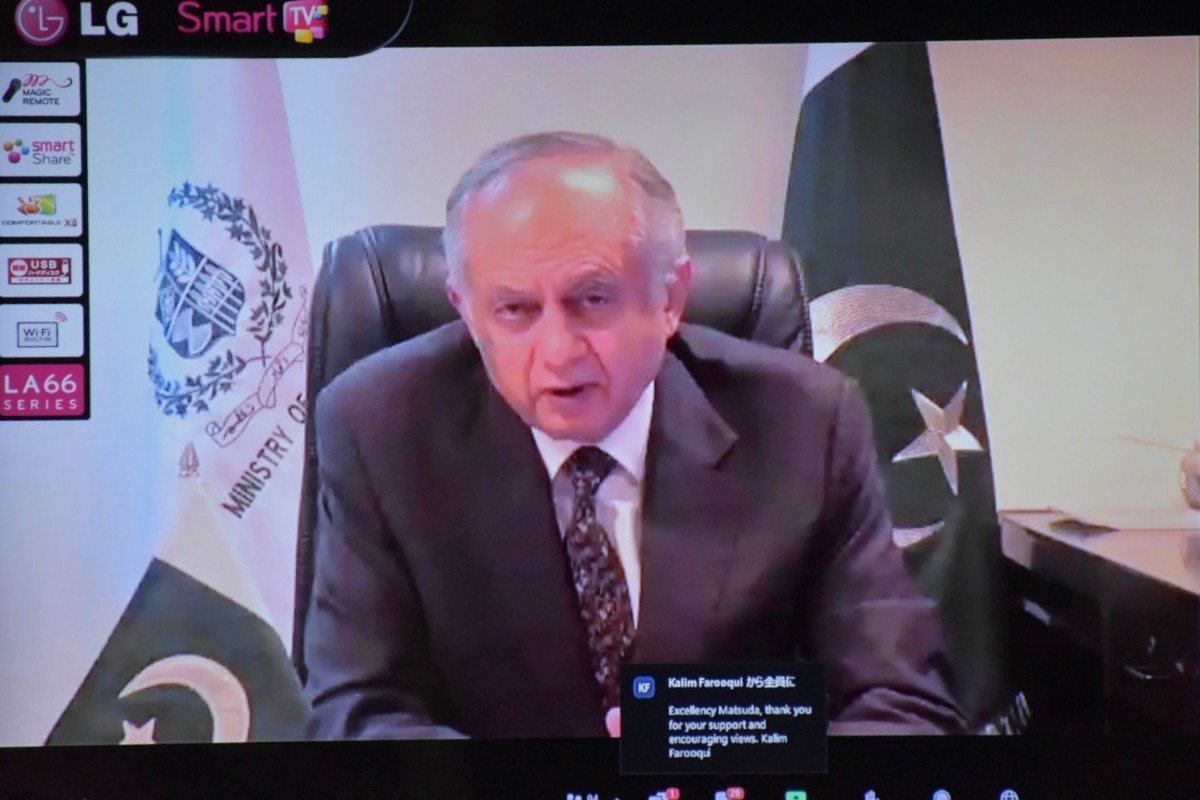 The webinar was attended by a large number of IT companies and professionals from both countries.

High level Japanese experts from academia, technology industry and city management spoke on the future vision of Japan of smart cities, supported by artificial intelligence and internet of things capabilities, ensuring alignment to the global agenda of sustainable development goals.

Japanese speakers pointed towards an increasing shortage of young IT engineers and programmers foreseen in Japan with an estimated demand of around 800,000 engineers by 2030; for which Pakistan could be an attractive source, as the country is becoming a prominent supplier of skilled workers to the world owing to a large proportion of young and educated population.

Mr. Matsuda from Mitsubishi Research Institute talked about harmony and synergy associated with smart cities, whereas Prof. Furutani from Keio University – an expert on smart cities in Japan, presented a strategy for utilizing foreign workers in development of these modern infrastructures. JICA’s Advisor for Pakistan on ICT, Mr. Jogasaki also shared his views on the future demand of human resource in Japanese IT industry.

From Pakistan, Ajmal Awan, Member International Coordination at Ministry of Information Technology talked about Pakistan’s digital transformation through enhanced connectivity, improved digital infrastructure, increased investment in digital skills and continued support for innovation and technology entrepreneurship. He mentioned that Government of Pakistan has been working diligently to provide an enabling environment for growth supplemented by appropriate policies and regulations. Mr. Awan further shared that startup funding in expected to cross US$300 million in 2021 which will be four times more as compared to the investment attracted by Pakistani startups in 2020.

For general information of the audience, Ms. Arooba Gillani from NUST shared an account of Pakistan’s growing economy and strengths of its IT human resource. She also highlighted the potential of Pakistani education system, already meeting modern skills requirements of global IT markets, through sharing success stories and case studies involving experience of Japanese companies with Pakistani counterparts.

Mr. Mori, General Manager, Policy Innovation Department of Tsukuba City– one of the partners in Japan's Smart City initiatives,shared an update on the project which is being promoted by both public and private sectors. He specifically discussed the changes in supply and demand for IT resources and technologies such as AI, IoT, autonomous driving, drones and regional networksthat will be critical to implement this new and futuristic vision of Japan.

Chairman Profound Vision Mr. Guilfoile, while sharing his company’s plan to bridge the talent gap between Pakistan and Japan, expressed that Pakistan with a steady supply of high-quality IT resource has a perfect opportunity to take on this challenge and to feed the Smart City initiatives in Japan. He believes that cooperation in this area is expected to bring great benefits to both countries in future. Profound Vision will be launching an online bilingual hiring portal for Pakistani IT human resource looking for opportunities in Japan.

Japanese Ambassador to Pakistan Mr. Matsuda, while appreciating efforts of the Embassy of Pakistan in Tokyo and other partners in holding the webinar, stressed on the rich IT human resource Pakistan is holding in the form of young and skilled population. For Japanese companies, he further indicated towards the less time difference between Japan and Pakistan as compared to other countries in the west, making Pakistan a preferred choice to establish call centers.

While welcoming speakers and participants at the webinar, Ambassador Imtiaz Ahmad referred to acoordinated effort by all stakeholders in planningthis event and successfully ensuring most suitable and relevant talksand attracting the right audience. He thanked the co-hosts Profound Vision and Shikoku IT for their support in engaging resourceful speakers who sharedthe most current knowledge on developmentof smart cities whileidentifying opportunities for Pakistani IT companies and professionals to become a part of this unique initiative. 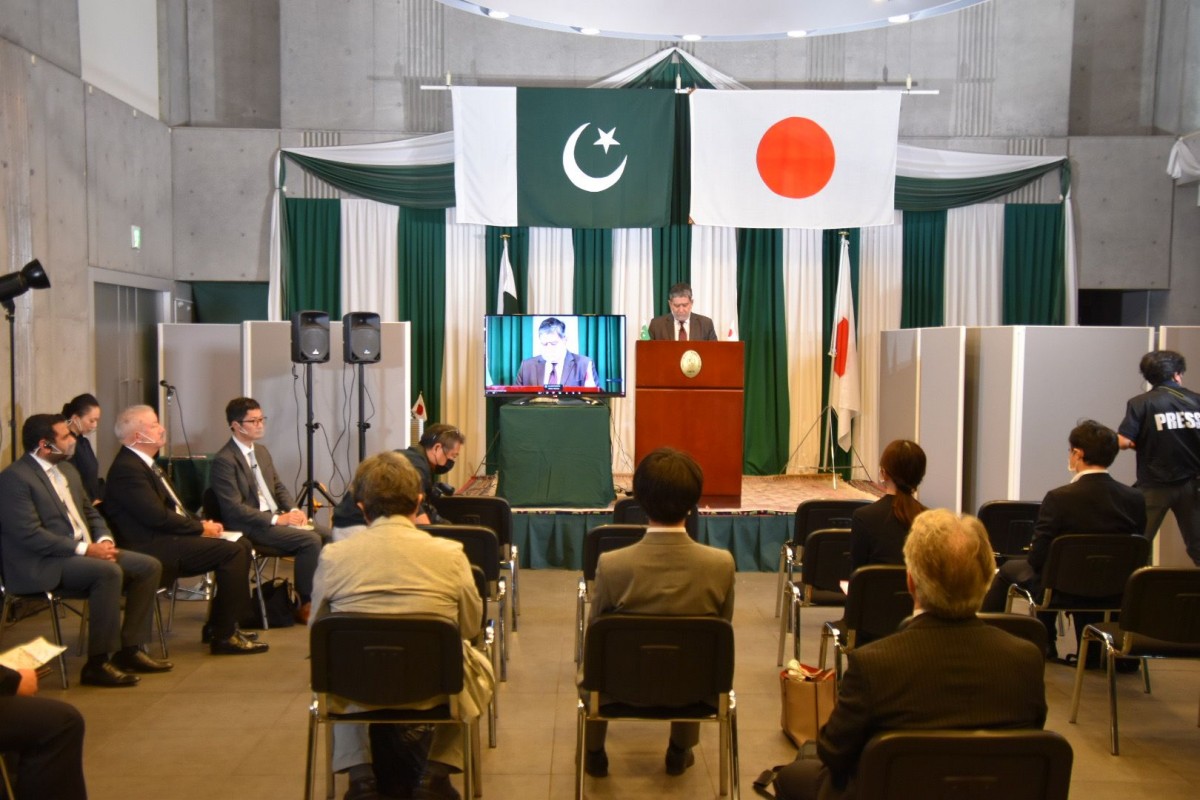 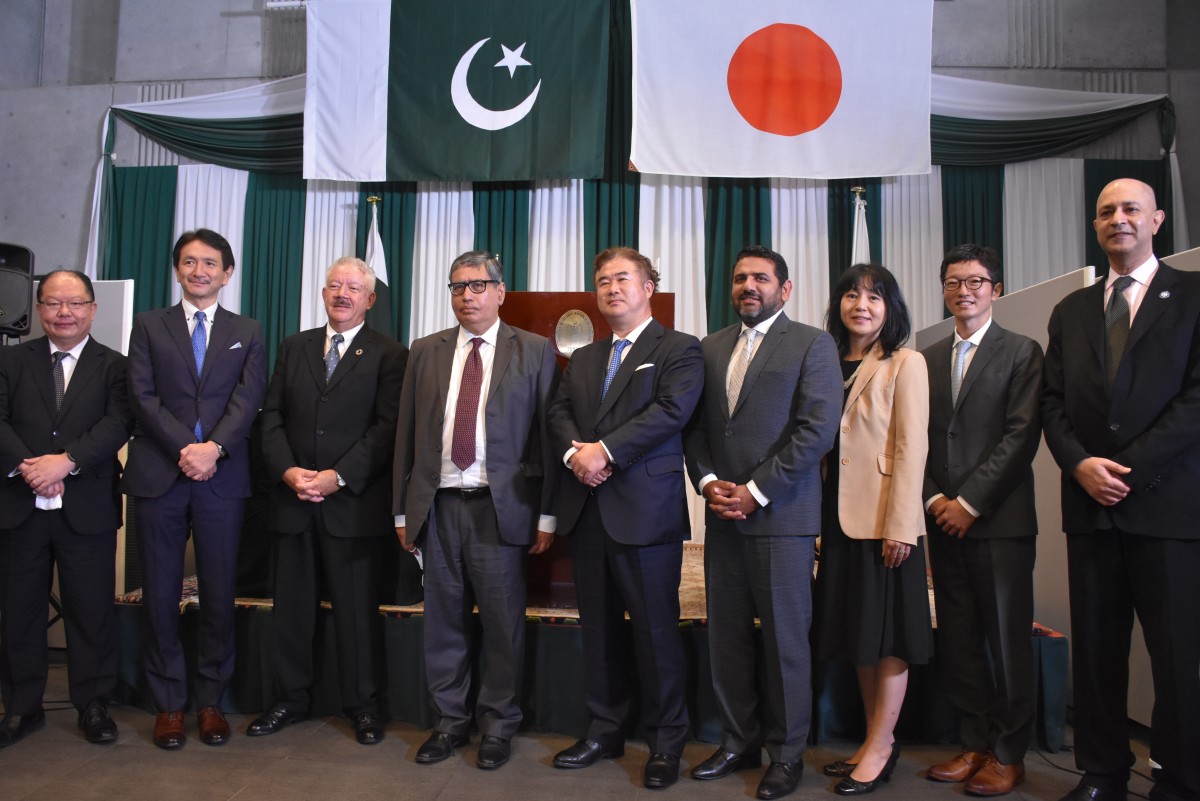 During a panel discussion, responding to questions by Japanese companies, Trade & Investment Counselor, Tahir Cheema pointed out salient features of Digital Pakistan Policy and the current government’s efforts to support innovative startups through a more conducive regulatory regime.While stating that Pakistan is ready to partner with Japan in the field of information technology, Mr. Cheema encouraged Japanese companies to benefit from the progress of Pakistan in IT sector, availing the opportunityan emerging economyis offeringto international partners. He further requested the Japanese side to kickstart hiring process for young graduates and professionals from Pakistan, and evaluate Pakistani startups for investments.