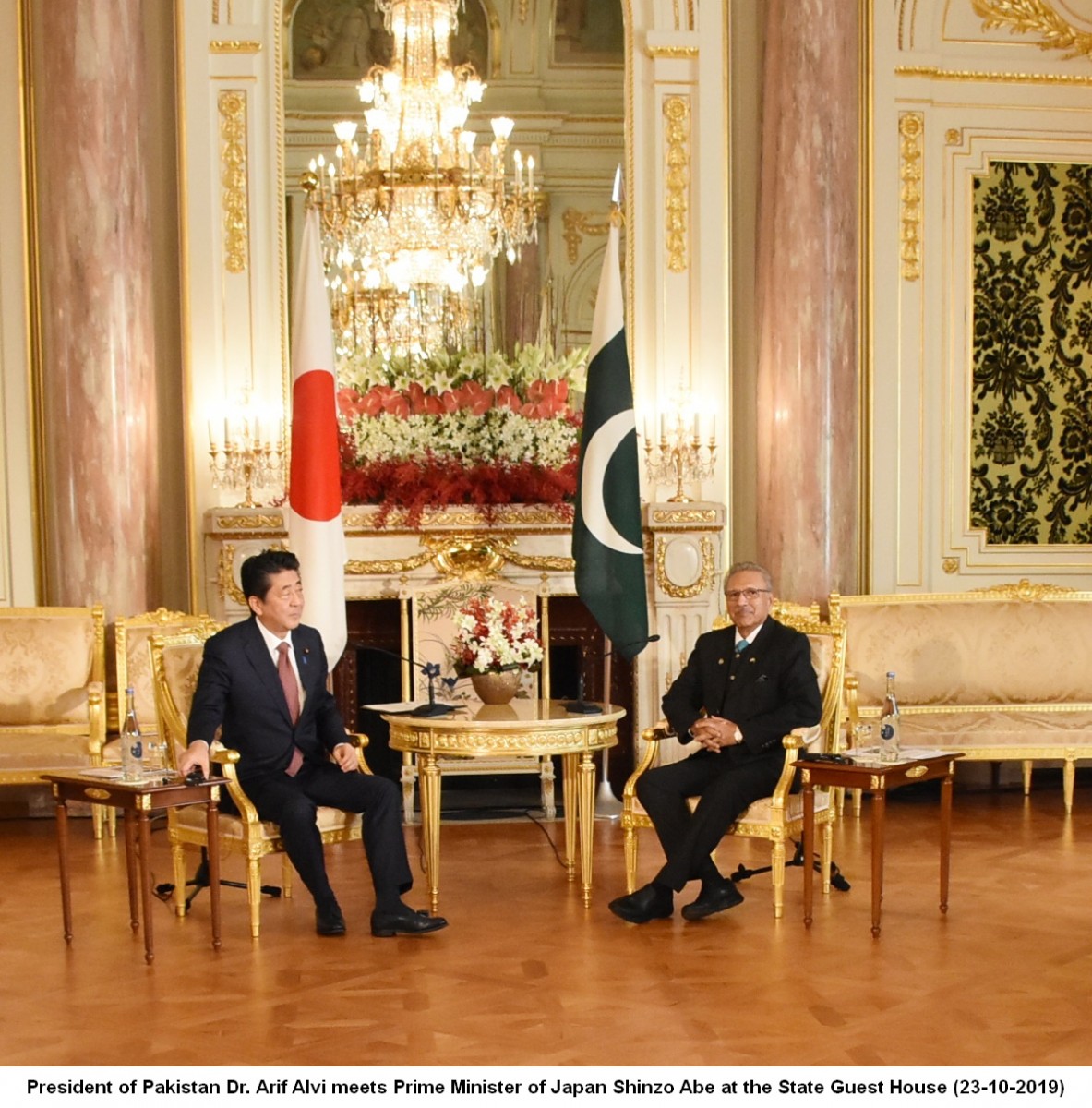 The President expressed his heartfelt condolences on the loss of precious lives caused by the recent Typhoon Hagibis in Japan and wished the injured early recovery.

The President felicitated the Prime Minister on the Enthronement of His Majesty the Emperor of Japan and hoped that the new Japanese era “Reiwa” would bring more prosperity and well-being for the friendly people of Japan. 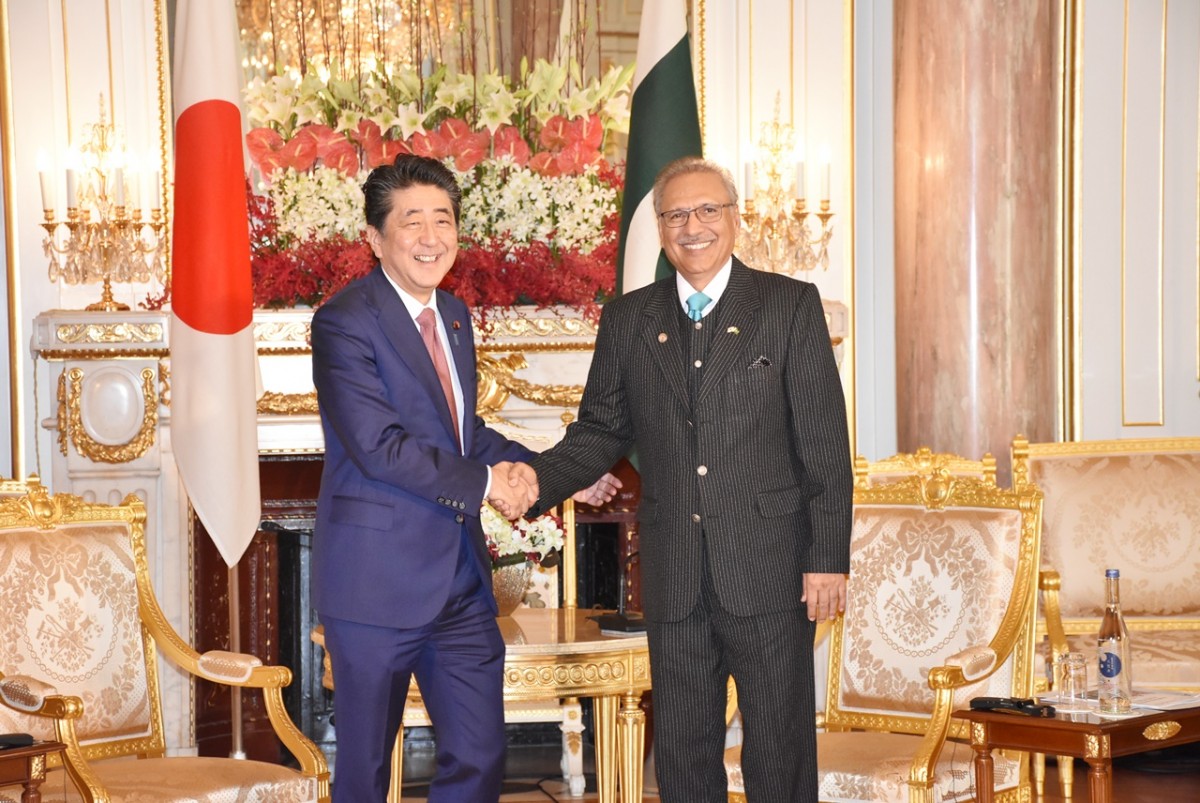 The President stressed on the need for both countries to work together more closely to enhance mutually beneficial relations particularly in the fields of investment, trade, human resource development and people-to-people contacts. With a young Pakistan having 60% of its population below the age of 30 and a greying and shrinking population in Japan, the President also highlighted the inherent complementarities that could be exploited to benefit economies of both countries.

The President mentioned the worsening situation of human rights in the Indian Occupied Jammu and Kashmir and requested the Prime Minister to impress upon India to restore the fundamental human rights of the Kashmiris. 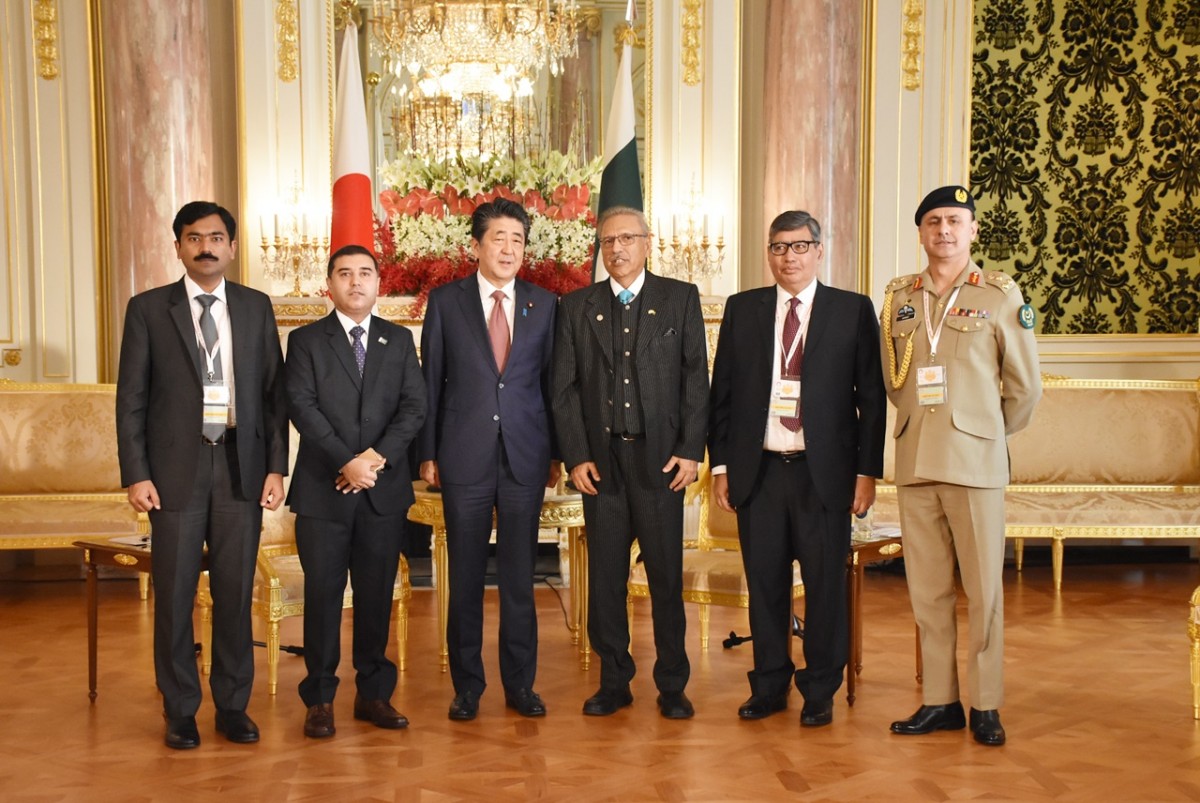 Prime Minister Abe expressed his gratitude to the President for attending the ceremony and expressed hope that such exchanges will help in further enhancing the bilateral relations between Japan and Pakistan.