(14-08-2018): The 71st anniversary of Pakistan’s Independence was celebrated at the Embassy of Pakistan, Tokyo with utmost zeal, fervor and enthusiasm drawing large number of Pakistani Community members. Ambassador Asad M. Khan hoisted the national flag whilst the audience recited the National Anthem of Pakistan. 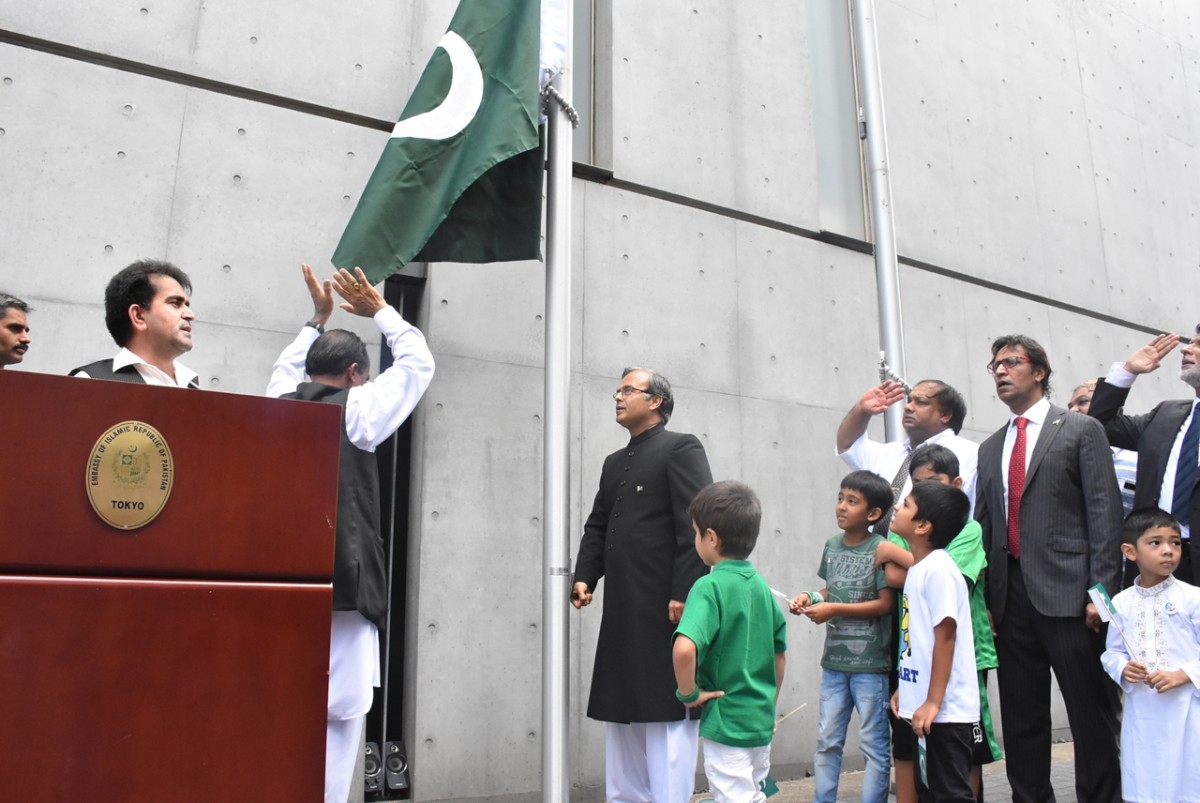 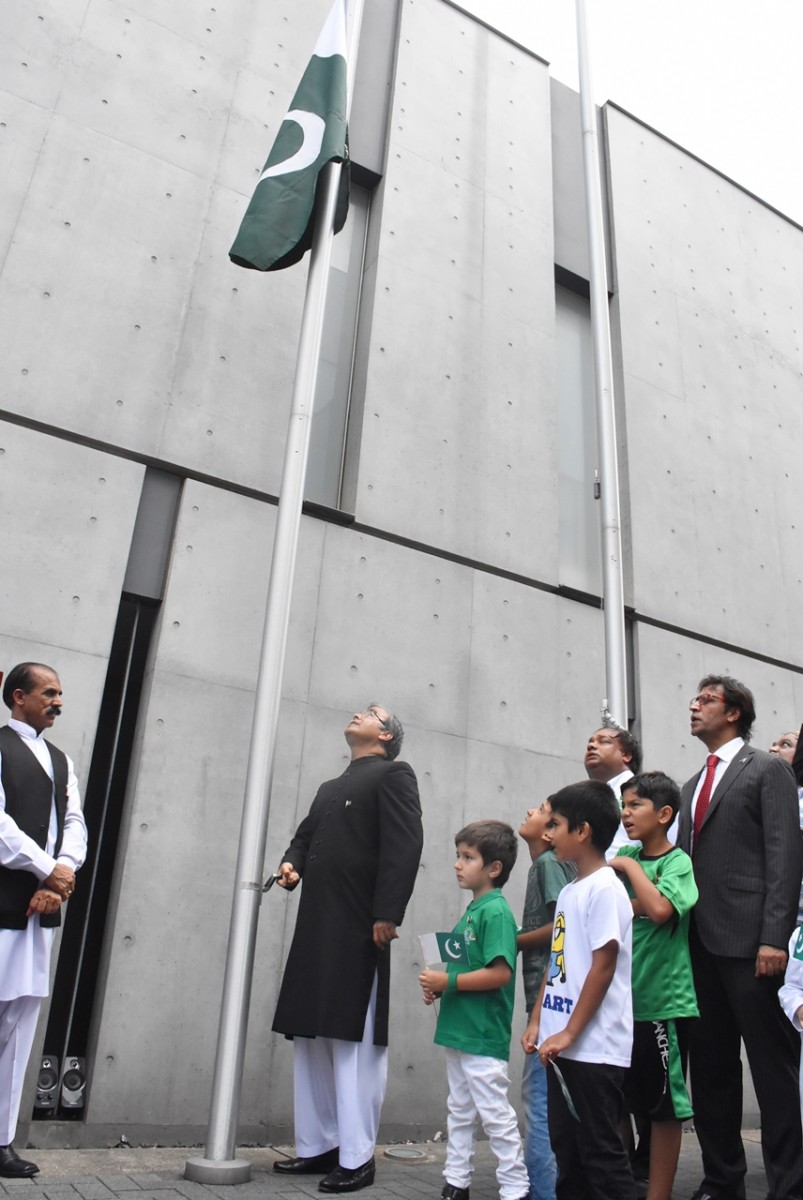 The Ambassador read the messages of the President and Caretaker Prime Minister of Pakistan. The messages emphasized upon making a firm commitment to follow the ideals of Quaid-e-Azam Muhammd Ali Jinah  and strive to overcome our present day challenges and make Pakistan a self-reliant, economically vibrant and a prosperous country. 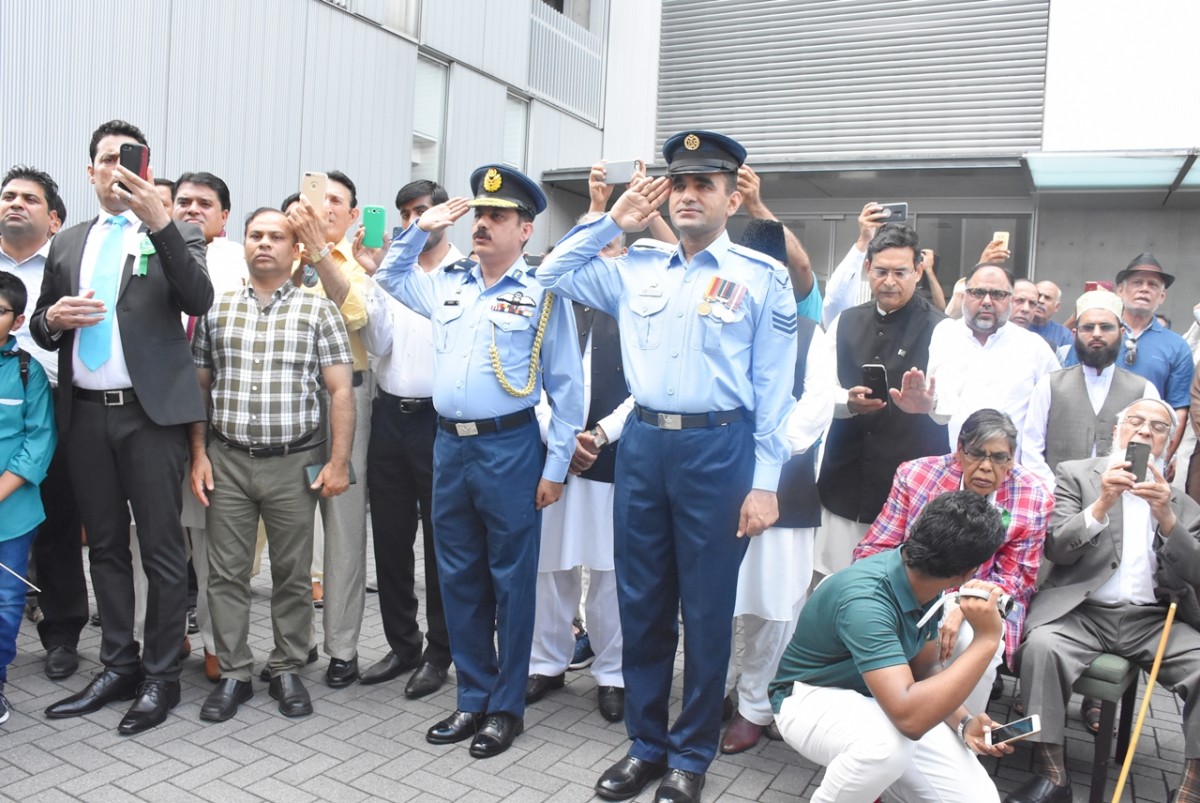 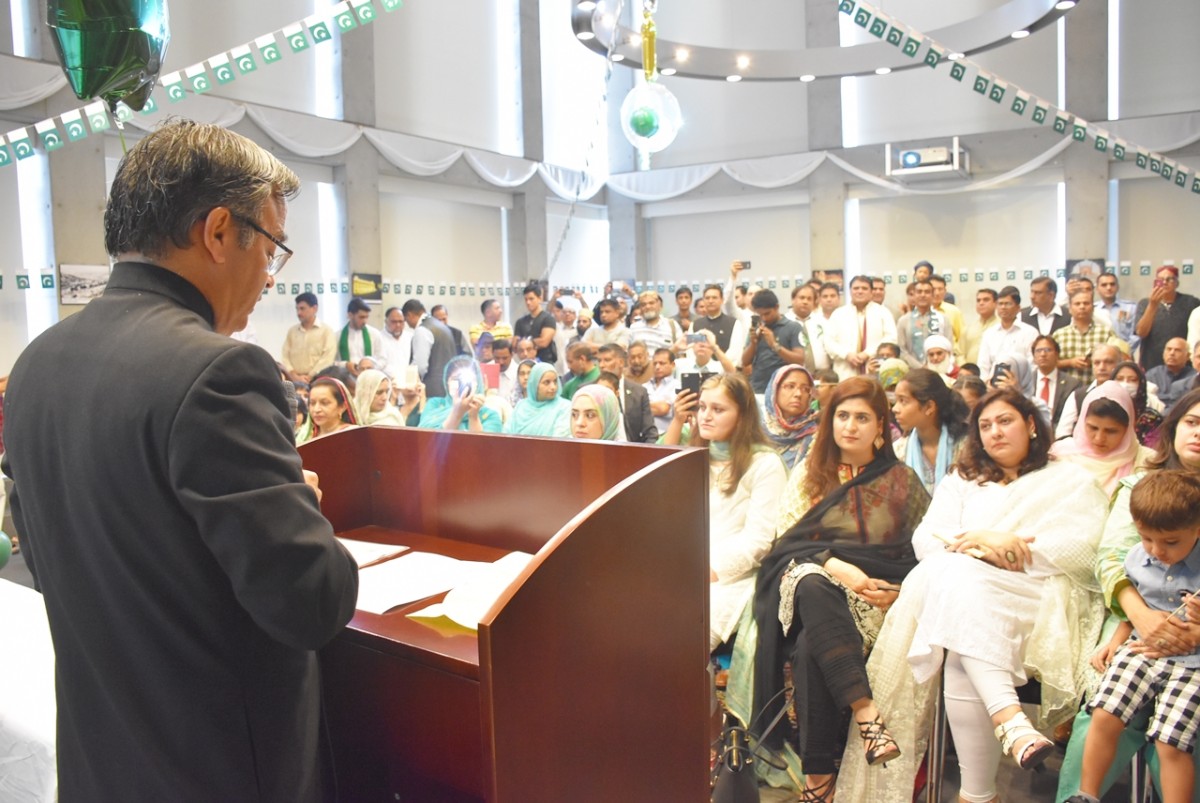 The Ambassador in his remarks reiterated that on 14th August 1947 Pakistan emerged on the map of the world as an independent and sovereign state under the indomitable leadership of Quaid-e-Azam Muhammad Ali Jinnah. Since its inception, the message from Pakistan has been one of peace and friendship to the entire world. This year is particularly important as our 72nd Independence Day coincides with the swearing in of a new democratic government chosen by the people of Pakistan. 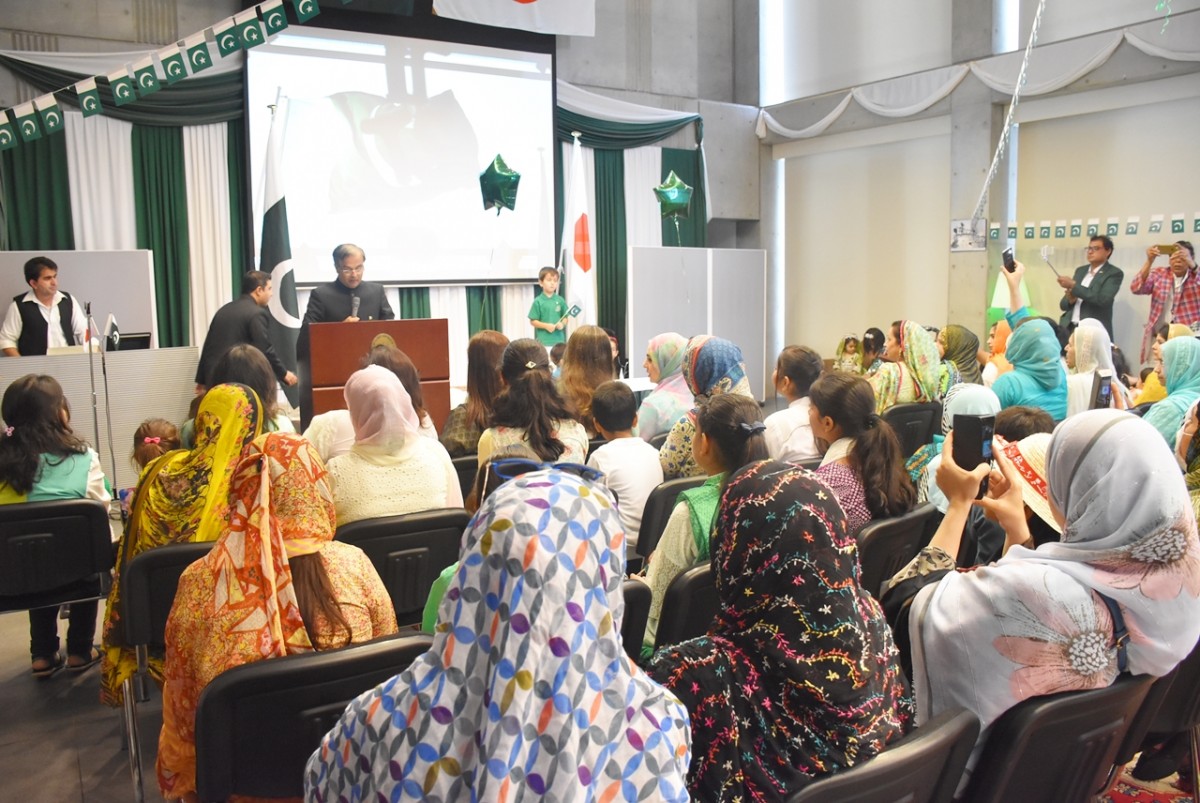 Ambassador Khan also underscored the long standing friendly bilateral relations between Pakistan and Japan which are based on a deep routed link that goes far back into history and time. He added that with absolutely no historical baggage between the two, the people of Pakistan carry a deep sentiment of warmth and affection for Japan and the Japanese people. The Ambassador also commended the contribution of Pakistani Diaspora in Japan towards progress of both Pakistan and Japan with expressing hope that their concerted efforts would further promote goodwill and mutually beneficial relations. 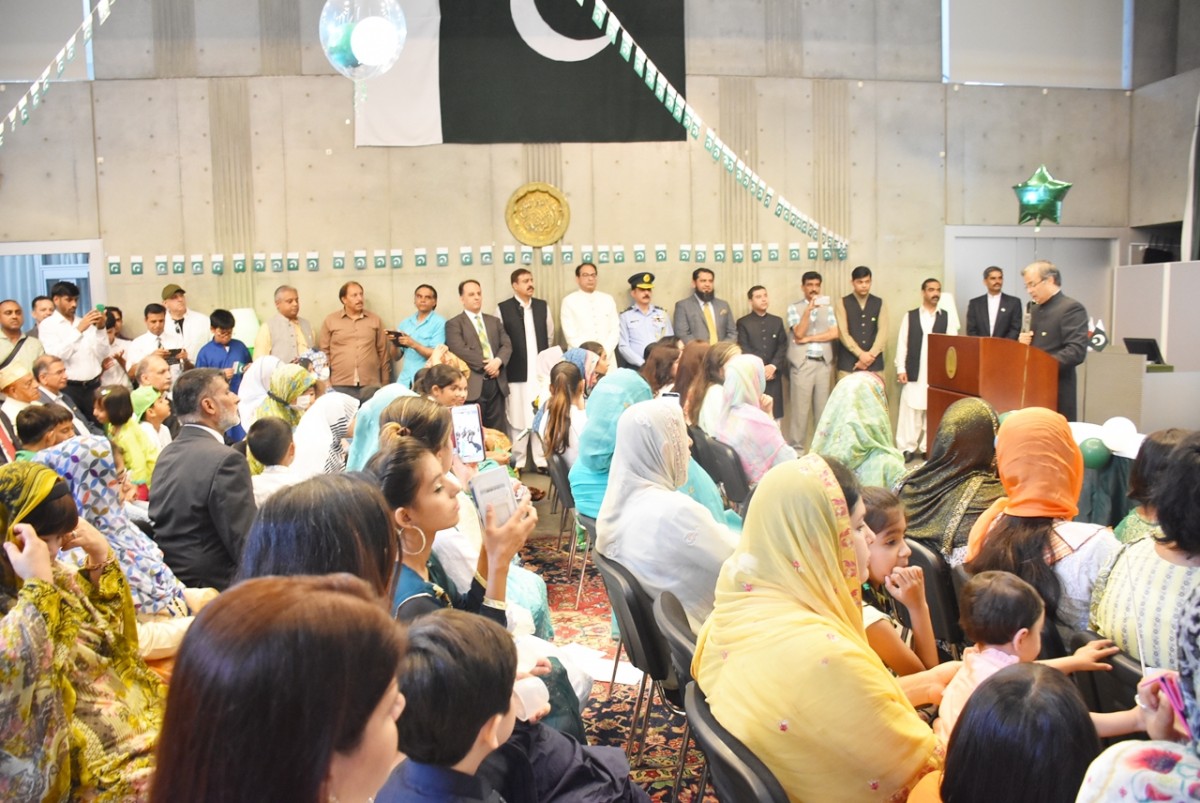 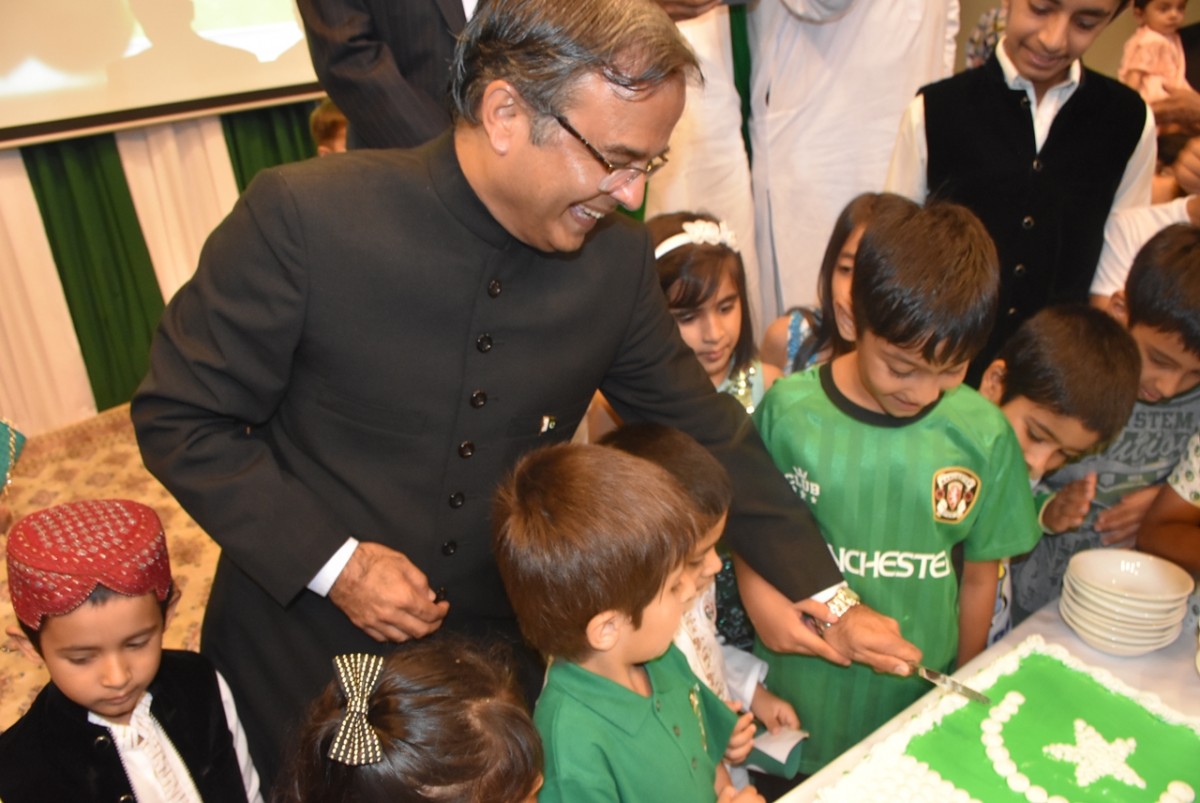 The Ambassador made special reference to the ongoing Japan-Pakistan friendship festival in Tokyo, which had been a huge success drawing large number of people. He lauded the efforts of the organizers in taking lead for arranging a wonderful event at such a large scale.