(22-03-2018): A grand reception was hosted by the Embassy of Pakistan, Tokyo to commemorate the auspicious occasion of National Day. The reception was well attended by prominent personalities Ambassadors, Members of the Diplomatic Corps, senior Japanese Government Officials, Defence Attaches, think tanks, academia, members of the media, business leaders, notables from the Civil Society and members of Pakistani Community attended the event in large number. 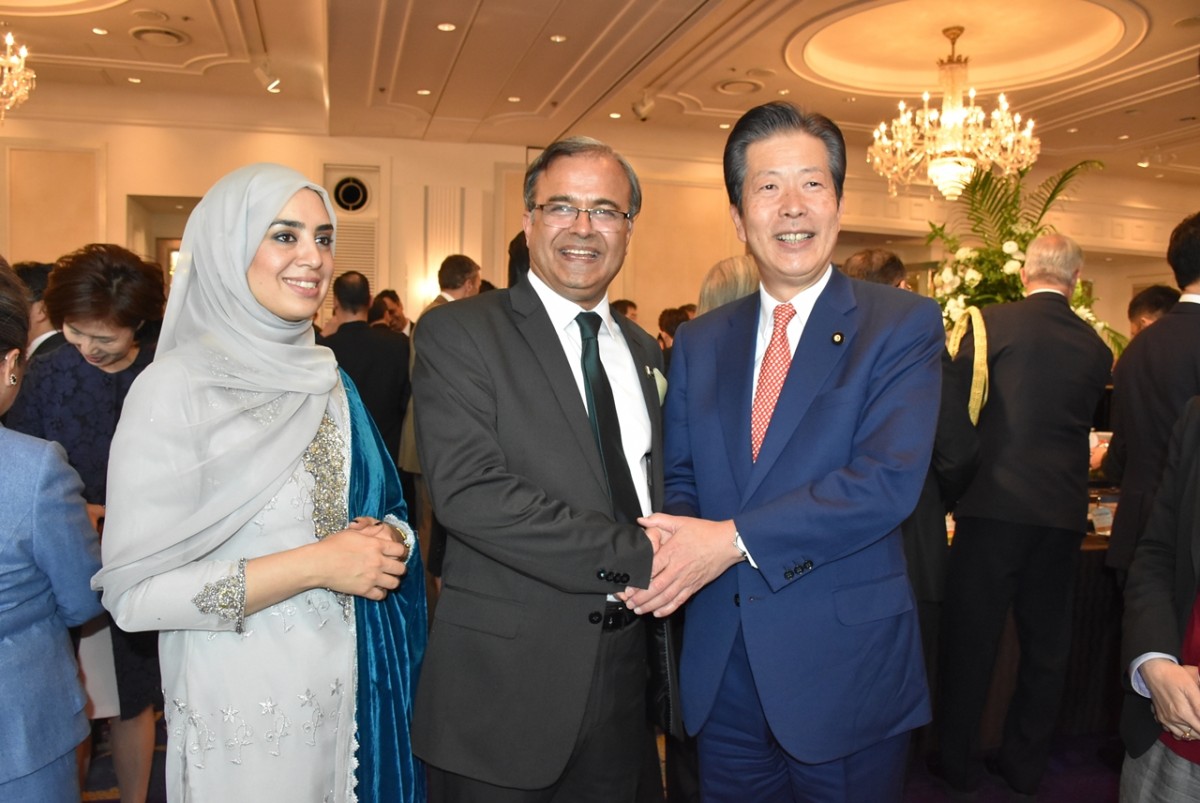 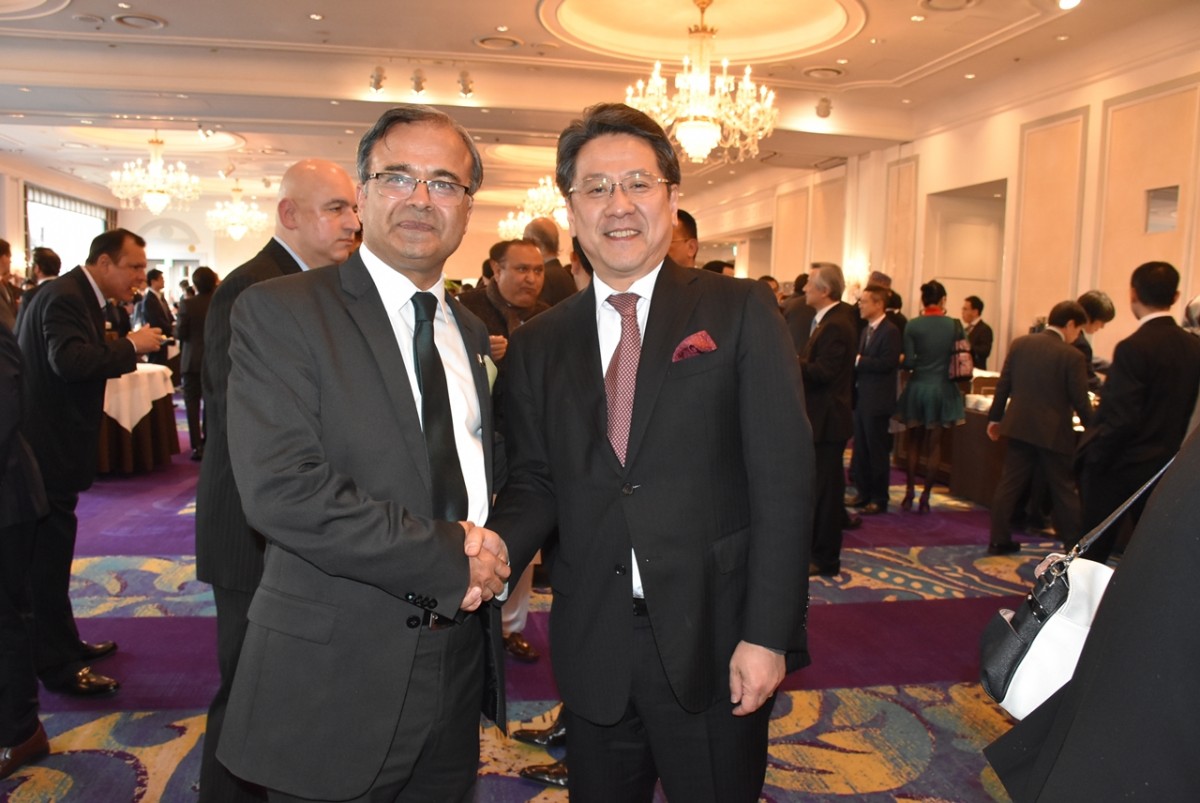 Ambassador Asad M. Khan in his speech highlighted the vision of the founding fathers as laid out on March 23, 1940 and the subsequent democratic struggle spearheaded by the father of the nation Quaid-e-Azam Muhammad Ali Jinnah which resulted in the creation of Pakistan in 1947. The Ambassador underlined the importance of close historical Pakistan-Japan relations and deep sentiment of warmth and affection that the people of the two countries share with one another. He reaffirmed that common adherence to the ideals of peace, democracy, freedom and rule of law and shared commitment to deepening bilateral trade, investment and development cooperation provides a strong basis for a comprehensive partnership between Pakistan and Japan. The Ambassador underscored the renewed interest in both capitals to further intensify high level exchanges and to deepen business and investment linkages. In this regard he made special reference to the visit of Foreign Minister Taro Kono to Pakistan which provided a great opportunity to both sides to share their vision for promoting peace, stability and prosperity. 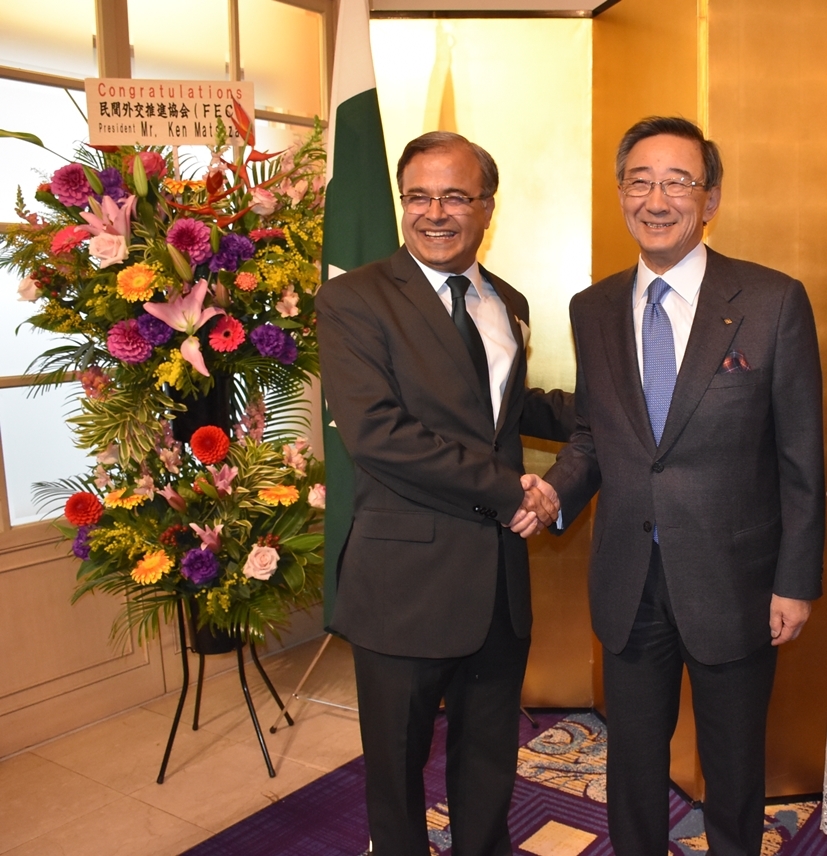 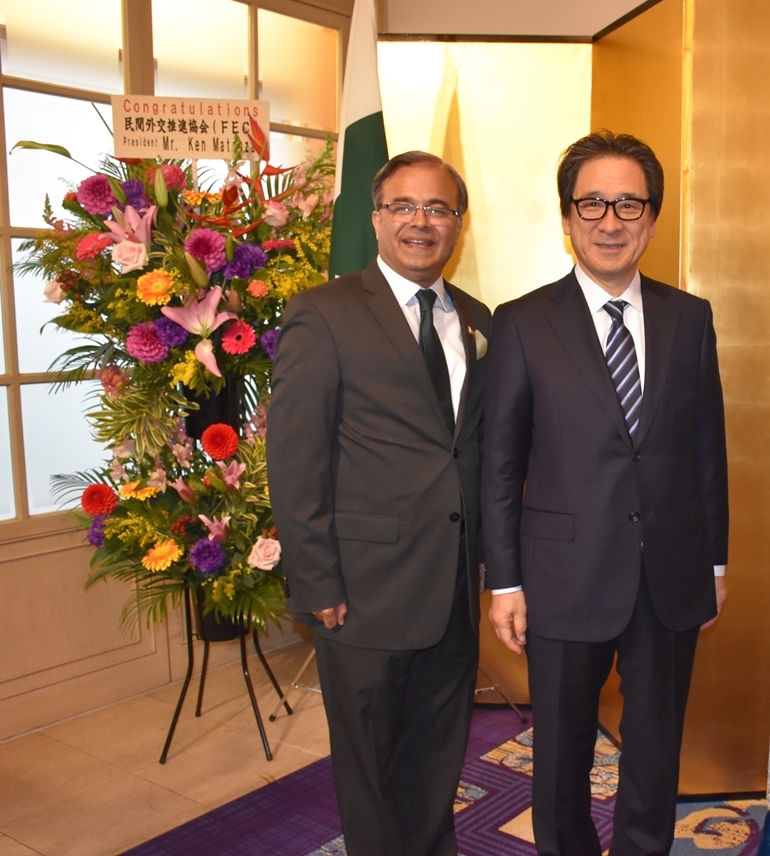 Ambassador Khan also referred to the improved security situation in Pakistan and the resultant economic turnaround duly recognized and acknowledged by International Financial Institutions and credit rating agencies. He added that JETRO’s 2017 survey rated Pakistan as the top destination for Japanese companies for expected profits and plans for expansions of operations.

The Ambassador reiterated the adherence of Pakistan to further build on the shared commitment to peace, security and prosperity to lay the foundation of an enduring partnership based on trust and mutually beneficial cooperation. 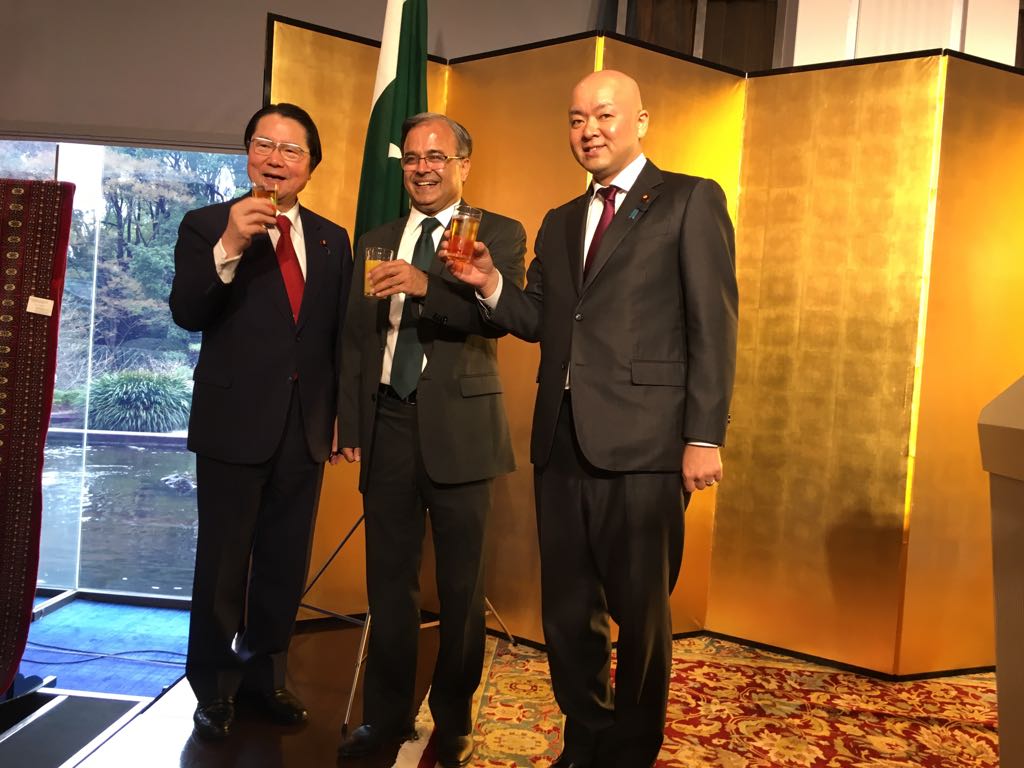 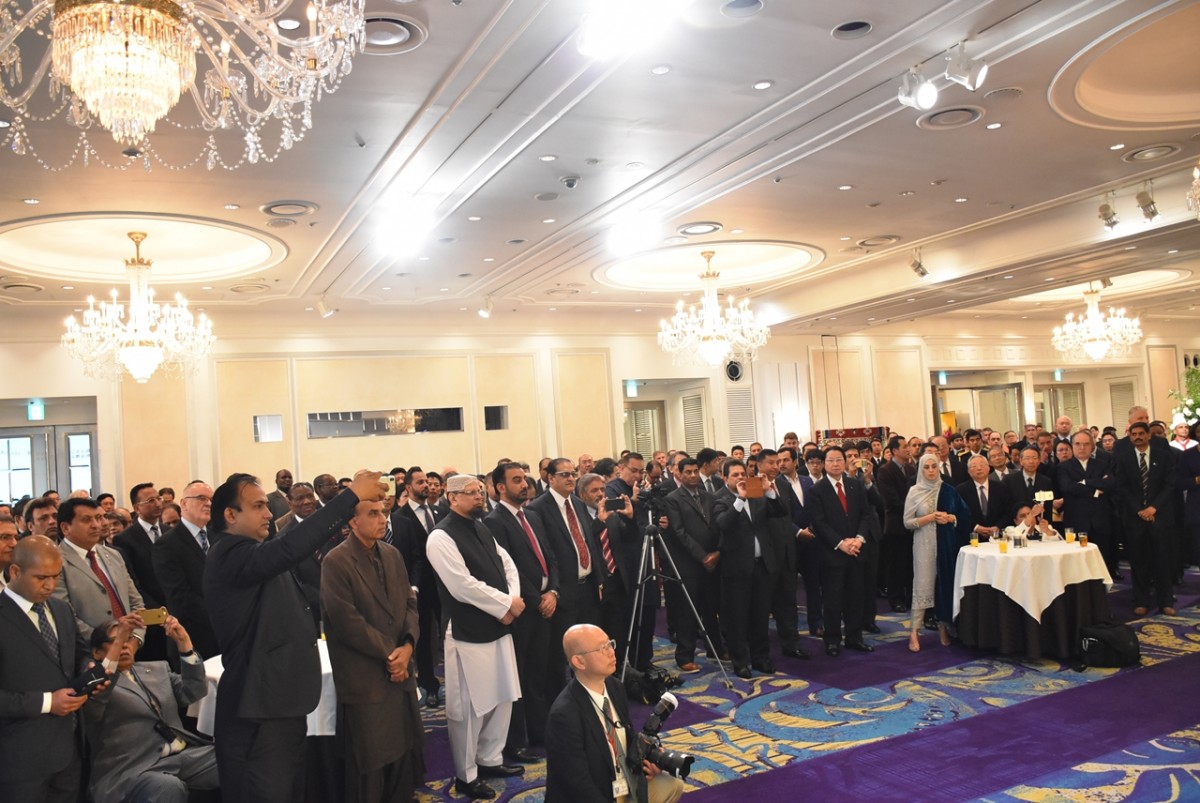 President of the JPPFL, Mr. Seishiro Eto in his remarks termed Pakistan as a country with great potential in every field and progressing in the right direction. He added that Pakistan and Japan have been sharing exchanges in various fields including economy, culture, academia and politics since the establishment of the diplomatic ties and efforts would be made to further strengthen the bilateral relations in all fields. Mr. Eto also appreciated Pakistan’s firm commitment to fight out terrorism and vowed to extend full co-operation in these endeavors of Pakistan. 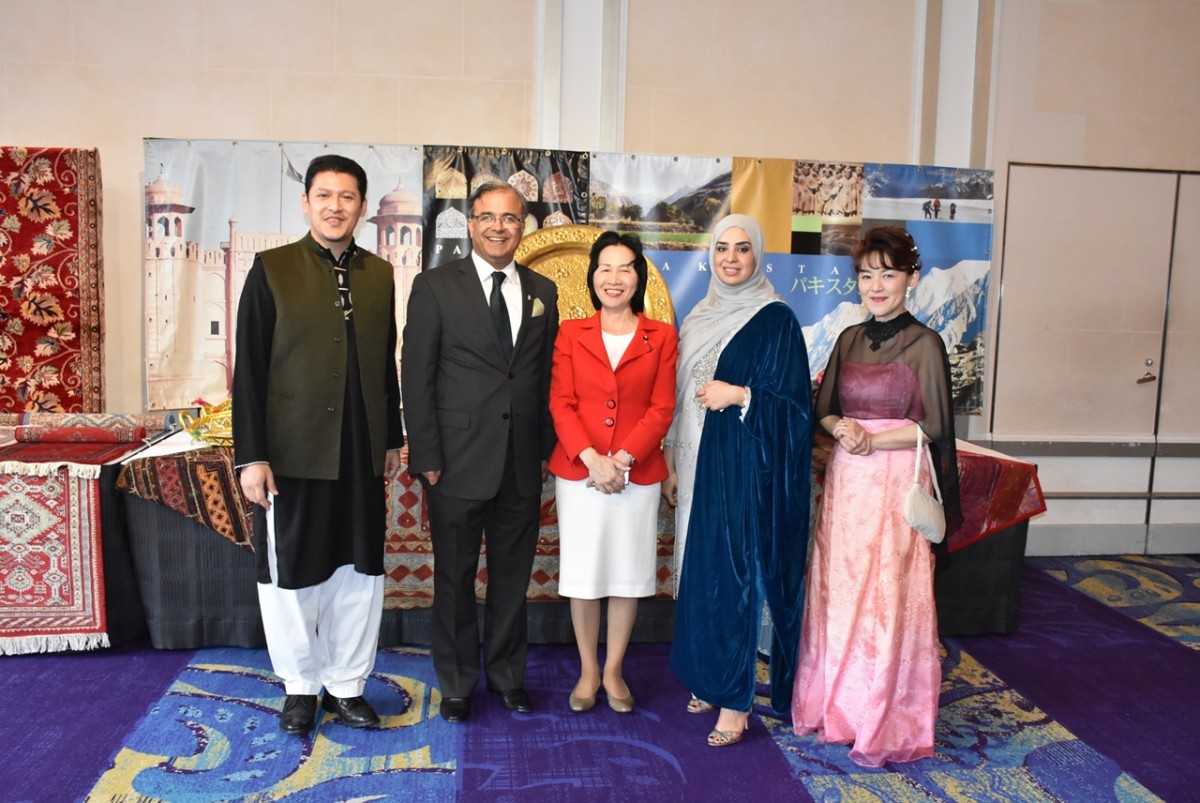 Honourable Manabu Horii, Parliamentary Vice Minister for Foreign Affairs in his remarks stated that Japan and Pakistan have cordial bilateral relations since 1952 and these relations have developed further this year with the visit of Foreign Minister Mr. Taro Kono. He added that Mr. Kono appreciated the efforts of Pakistan in fighting against terrorism and pledged Japan’s full support to Pakistan in this regard. Mr. Horii also appreciated the improved security situation in Pakistan and turnaround in economic development which has shown steady growth. He stated that the Japanese Government would encourage and firmly support the activities of Japanese companies in Pakistan and make further efforts to deepen the economic ties between the two countries.