Seminar on Trade and Investment held in Osaka

(17-01-2018): The second of the series of semianr, titled “Emerging Trade and Investment opportunities in Pakistan” was held at the Osaka Chamber of Commerce and industries Osaka. The seminar was jointly organized by Pakistan Embassy, Consulate of Pakistan Osaka, JETRO and Bank of Tokyo Mitsubishi UFJ. The seminar was attended to the capacity by over hundred (100) leading Japanese companies and organizations. Besides H.E. Dr. Asad M. Khan, Ambassador of Pakistan, the panel of speakers included Mr. Ichiro Sone, Director General JETRO Osaka, Mr. So Kitami, Former Head of JETRO Karachi and Mr. Osamu Sakamura, General Manager of Global Business Division, Bank of Tokyo Mitsubishi UFJ.

The speakers highlighted the recent positive macro economic trends in Pakistan and opportunities for bilateral trade and investment between Pakistan and Japan that have emerged due to economic turn around.

In his opening remarks, the Ambassador underscored the long trade, investment and development relations between the two countries and stressed that there was a need to build upon this reserve of historical linkages, good will and understanding. The Ambassador added that the political stability, improved security situation and healthy economic indicators had made Pakistan an attractive destination for trade and investment from around the world. The Ambassador indentified that the overwhelming interest of Japanese business community in these seminars truly reflect the realizations of these positive facts by Japanese business community. 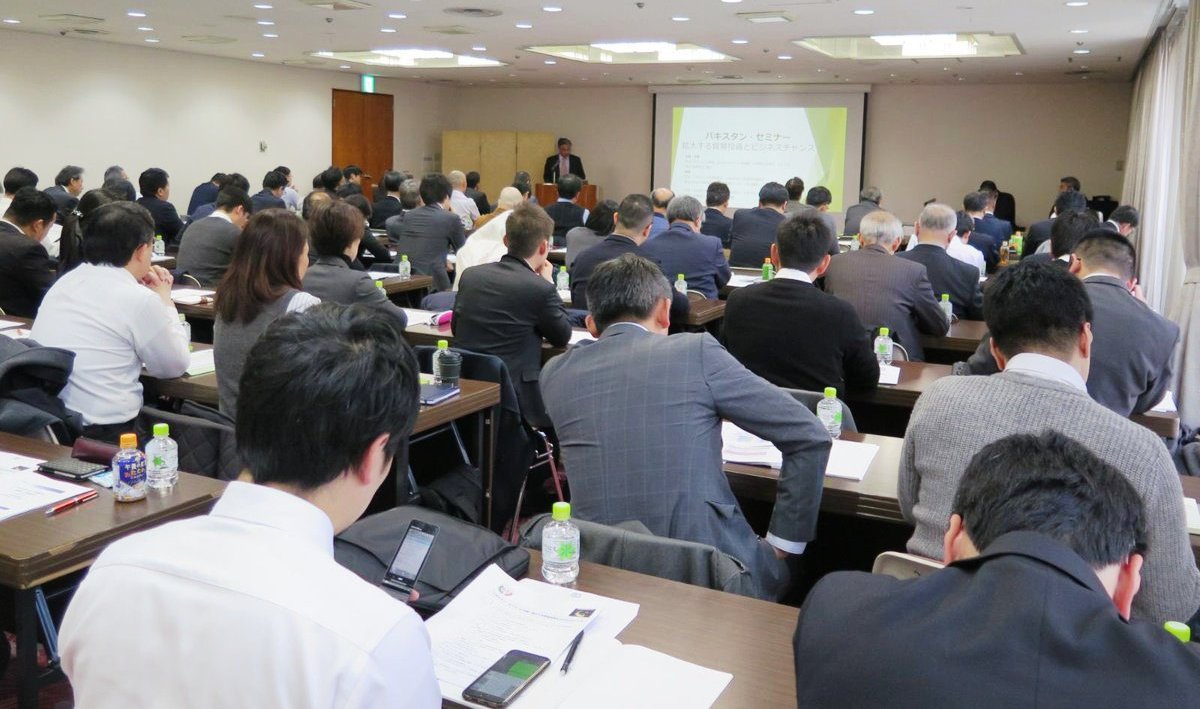 In his message, Mr. Teruo Asada, Chairman of Japan–Pakistan Business Cooperation Committee and Chairman of the Marubeni Corporation informed the participants about the Government–Business dialogue between the two countries and also shared the success story of his company in Pakistan. 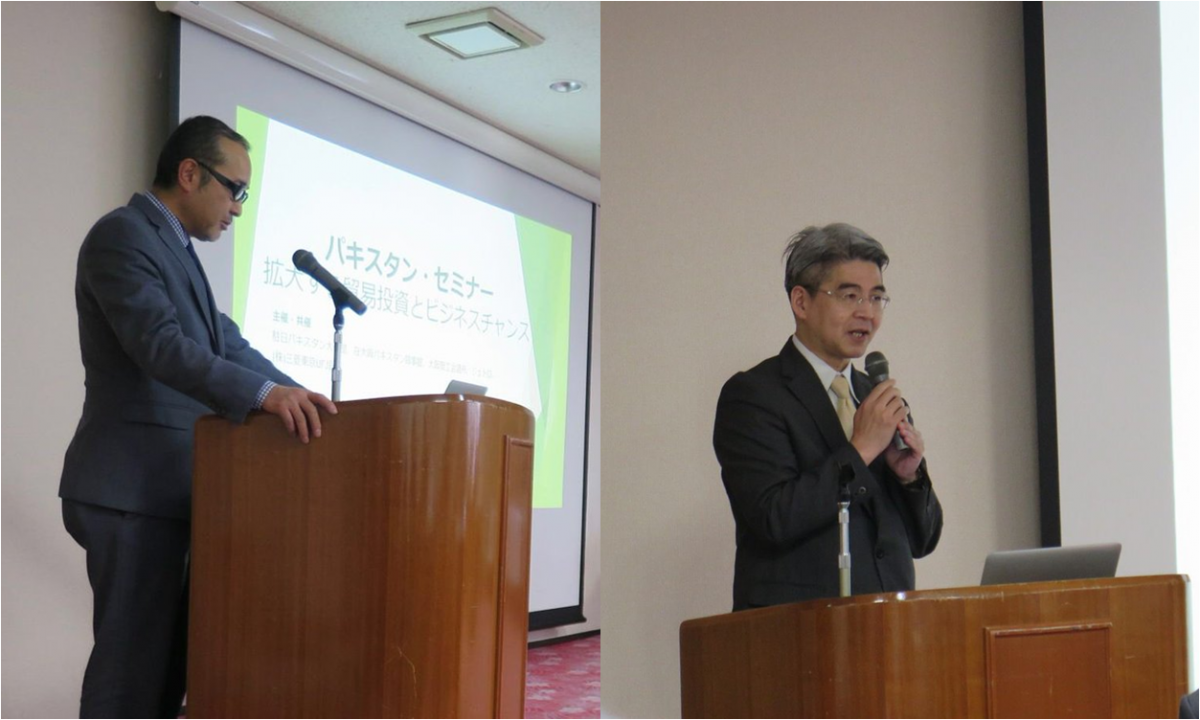 In his overview of astounding success of the Japanese companies in Pakistan, Mr. Ichiro Sone, Director General, JETRO Osaka, briefed about the support of JETRO for further promotion of trade and investment between the two countries. Mr. So Kitami the Former Head of JETRO Karachi in his comprehensive presentation focused on the fundamentals of Pakistan economy; recent economic trend, CPEC and the attractive investment opportunities for Japanese companies. He also referred to the response of the Japanese companies in Pakistan to the JETRO survey where Pakistan ranked almost at the top in region for most of the indicators and was number one in terms of expected profits in next year. The General Manager of Global Business Division Bank of Tokyo Mitsubishi UFJ also provided an overview of the financial and capital markets in Pakistan and positive view of the bank about future trends.