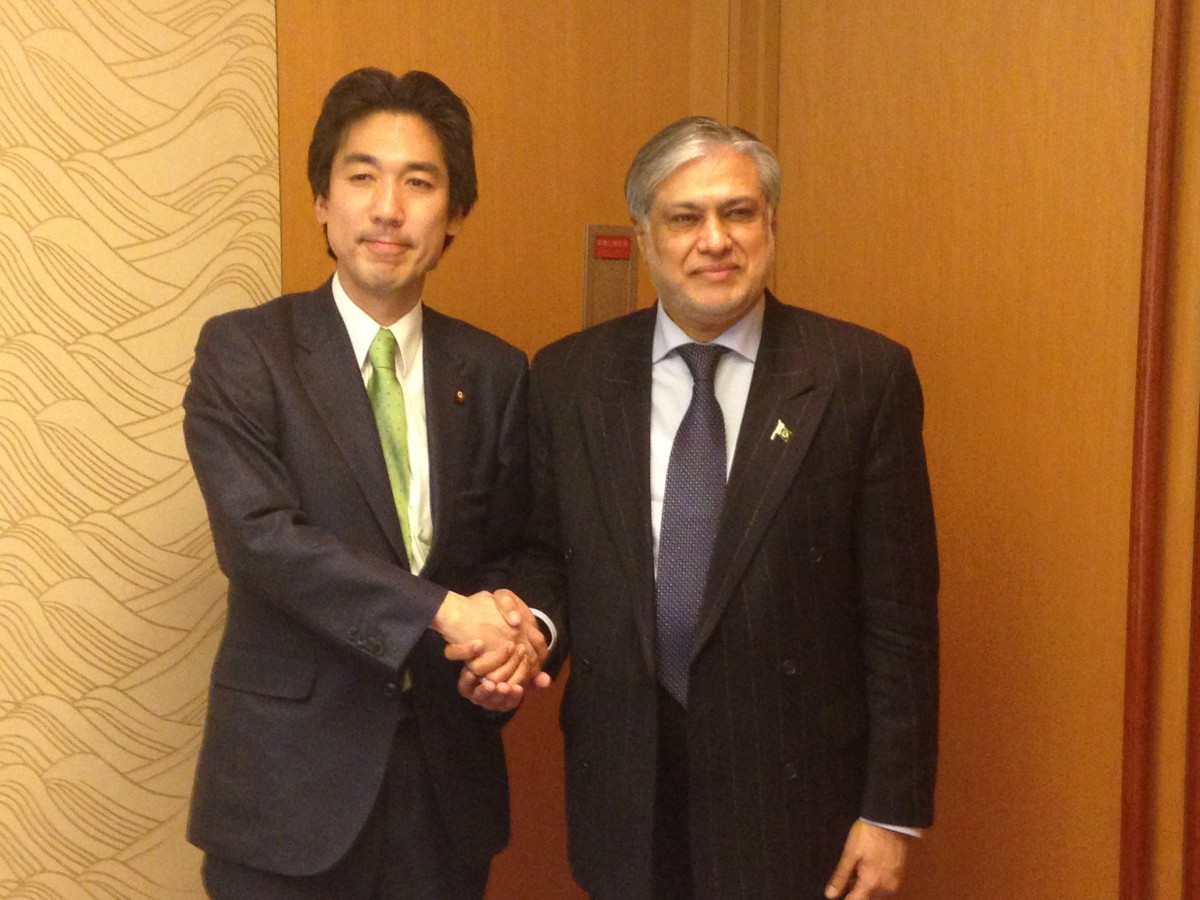 Senator Mohammad Ishaq Dar, who is currently on a 3-day official visit to Japan (13-17 January, 2015) was hosted earlier today, for a working lunch by the State Minister for Foreign Affairs of Japan H.E. Mr. Minoru Kiuchi.

Welcoming the Finance Minister, Mr. Kiuchi fondly recalled meeting him during latter’s visit to Pakistan on September 11, 2013. He also recalled the meeting between the two Prime Ministers in New York on September 26, 2013, and stated that both leaders had discussed to establish a ‘New Partnership’ which may be pursued.

State Minister Japan welcomed the SAARC Summit in Kathmandu and informed that Japan as Observer to SAARC will hold the 8th Japan-SAARC Energy Symposium in Islamabad in March, 2015.

Appreciating the 5 consecutive positive reviews of Pakistan’s program with IMF, the State Minister stated that Japan is planning to extend a meaningful and appropriate assistance for Pakistan’ s Energy Sector.

Finance Minister expressed gratitude for being extended the invitation to visit Japan. He also thanked the State Minister for personally visiting the Embassy of Pakistan in Tokyo to condole the Peshawar incident and appreciated the message of condolences addressed by the Prime Minister of Japan. He briefed the State Minister on revival of economy and national strategy on energy and terrorism

State Minister Kiuchi stated that he would personally like to visit Pakistan at an early stage while dates for Prime Minister’s visit will be mutually arranged.