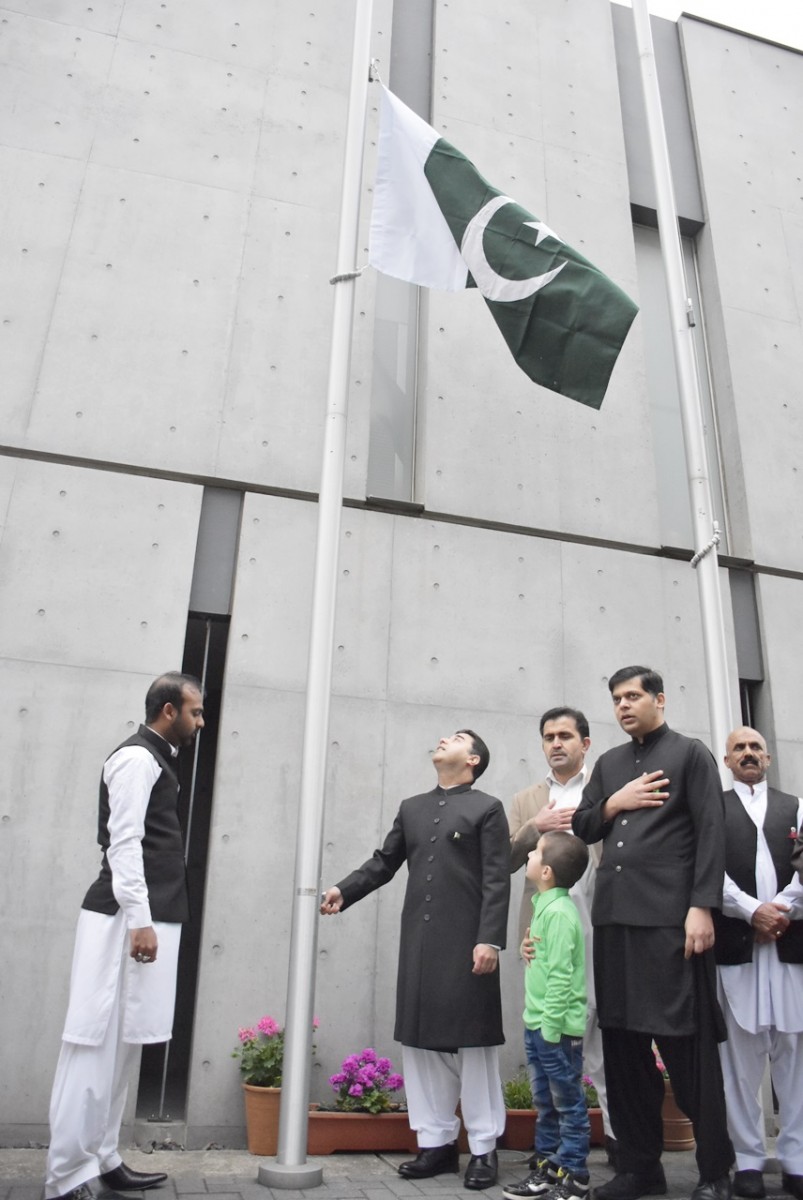 Charge d’ Affaires (a.i.) read the messages of the President and Prime Minister of Pakistan. The messages urged the countrymen to follow the teachings and principles laid down by the founding fathers so as to make Pakistan a strong and determined nation. It further emphasized upon making a firm commitment to adhere to our national objectives and goals besides promoting love and harmony to secure the future of the nation. The messages also referred to the resolve of safeguarding the territorial sovereignty and defence of our country. 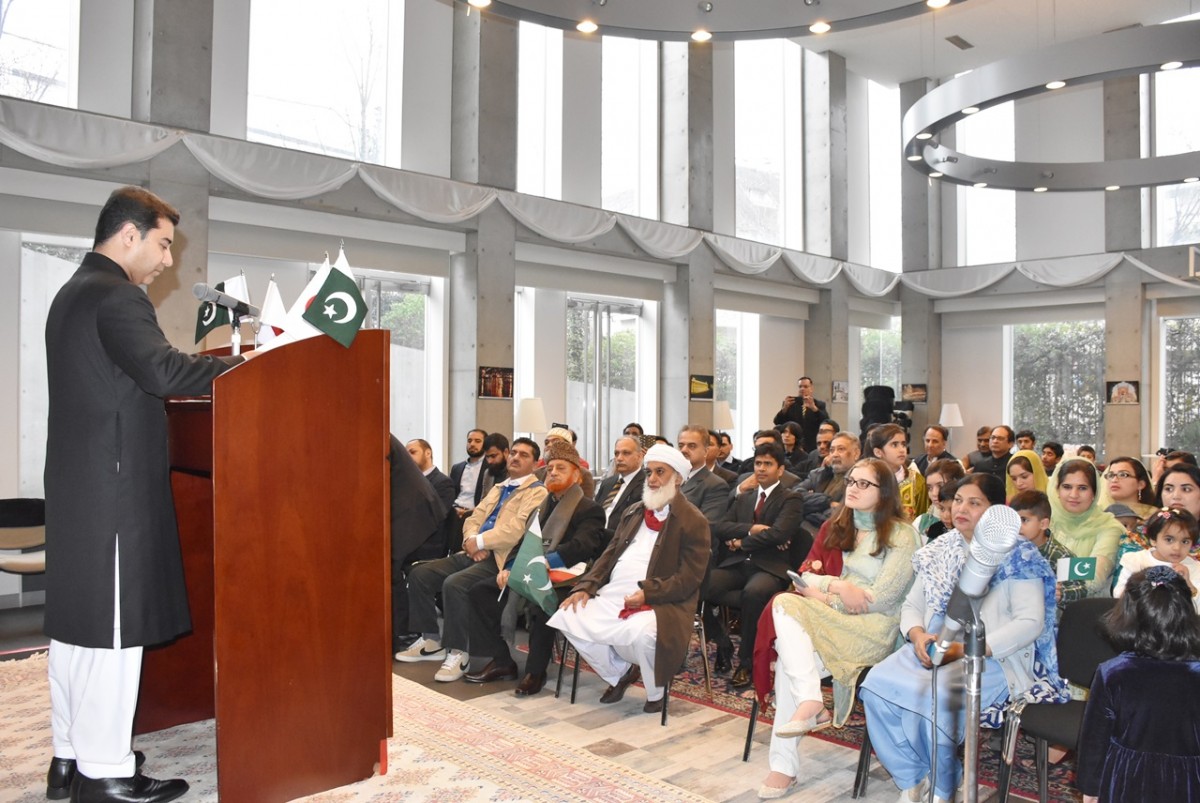 Charge d’ Affaires (a.i.) in his speech stressed that the spirit of unity, harmony and sacrifice showed during the Pakistan movement need to be continued with the same zeal so that Pakistan progresses on the path of prosperity and development. He was appreciative of the efforts of the Pakistani Community who is significantly contributing towards the progress of both Japan and Pakistan. He added that the Embassy with the collaboration of the Pakistani Community would work together to further strengthen the bilateral relations between Japan and Pakistan in all areas and fields. The Charge d’ Affaires (a.i.) also thanked the community for its active participation in the National Day Ceremony. 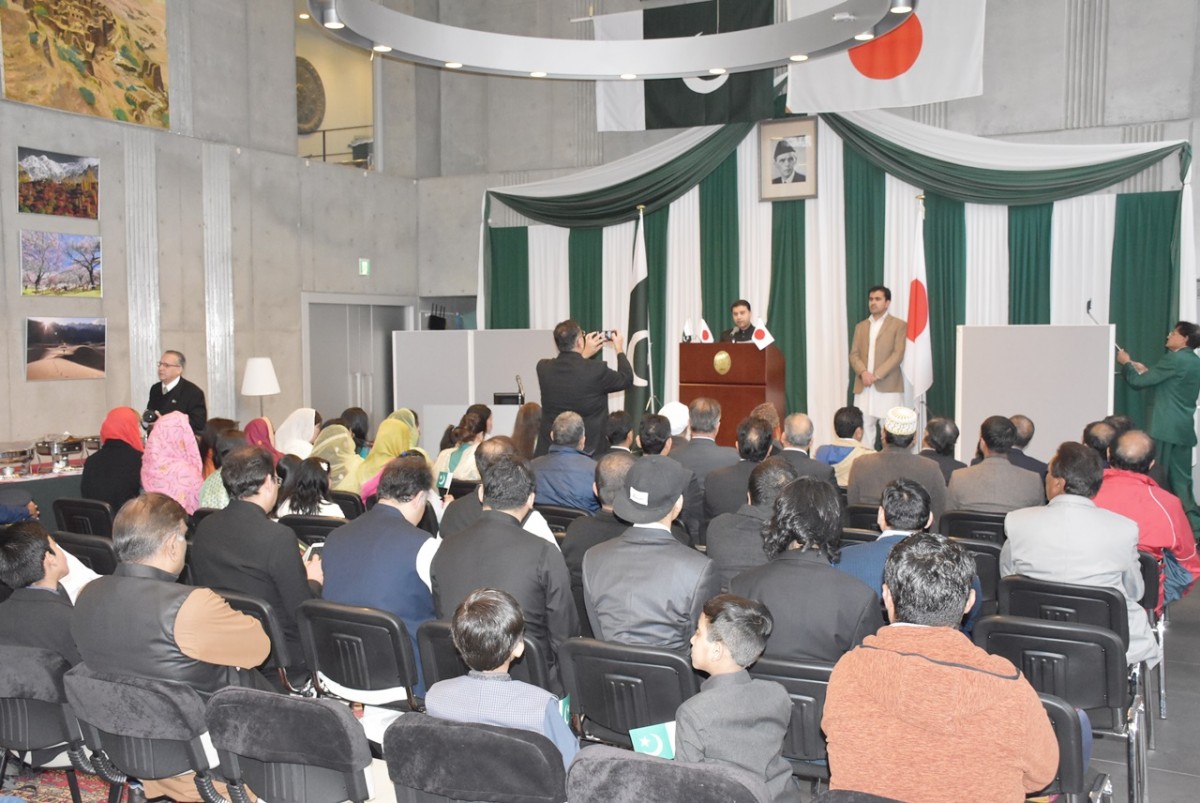 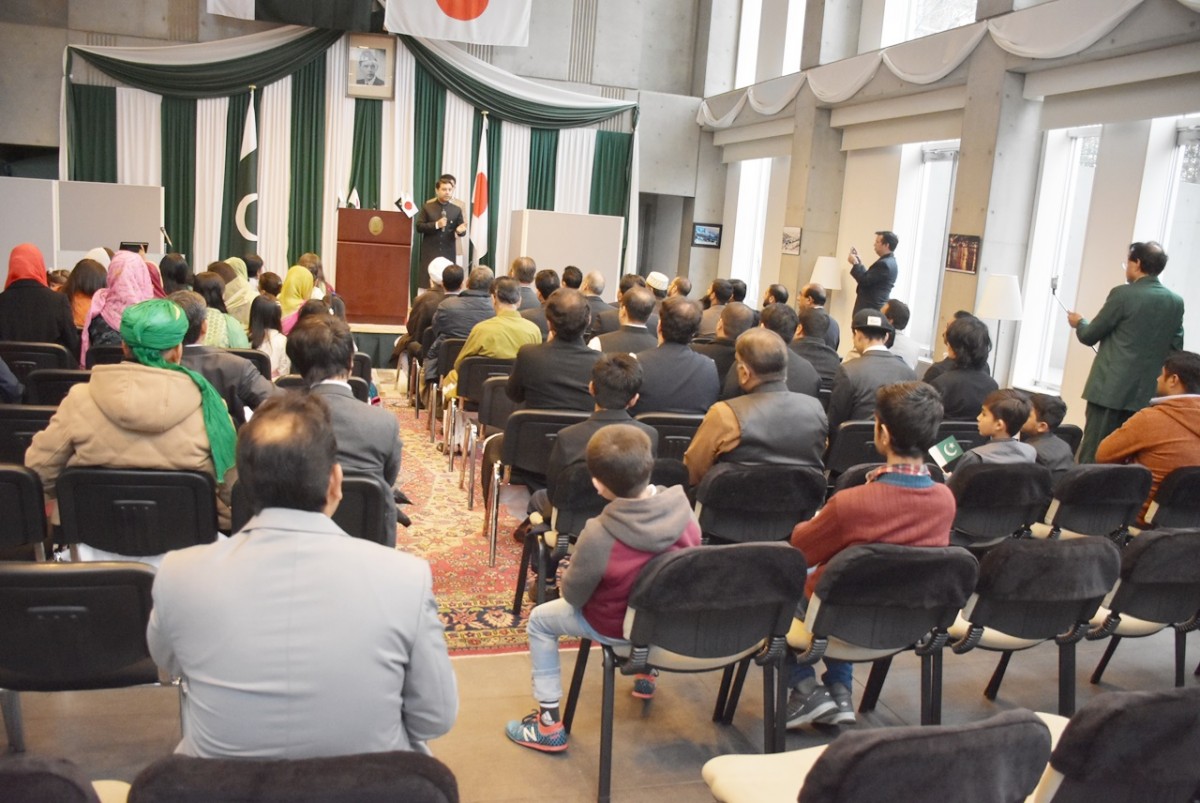