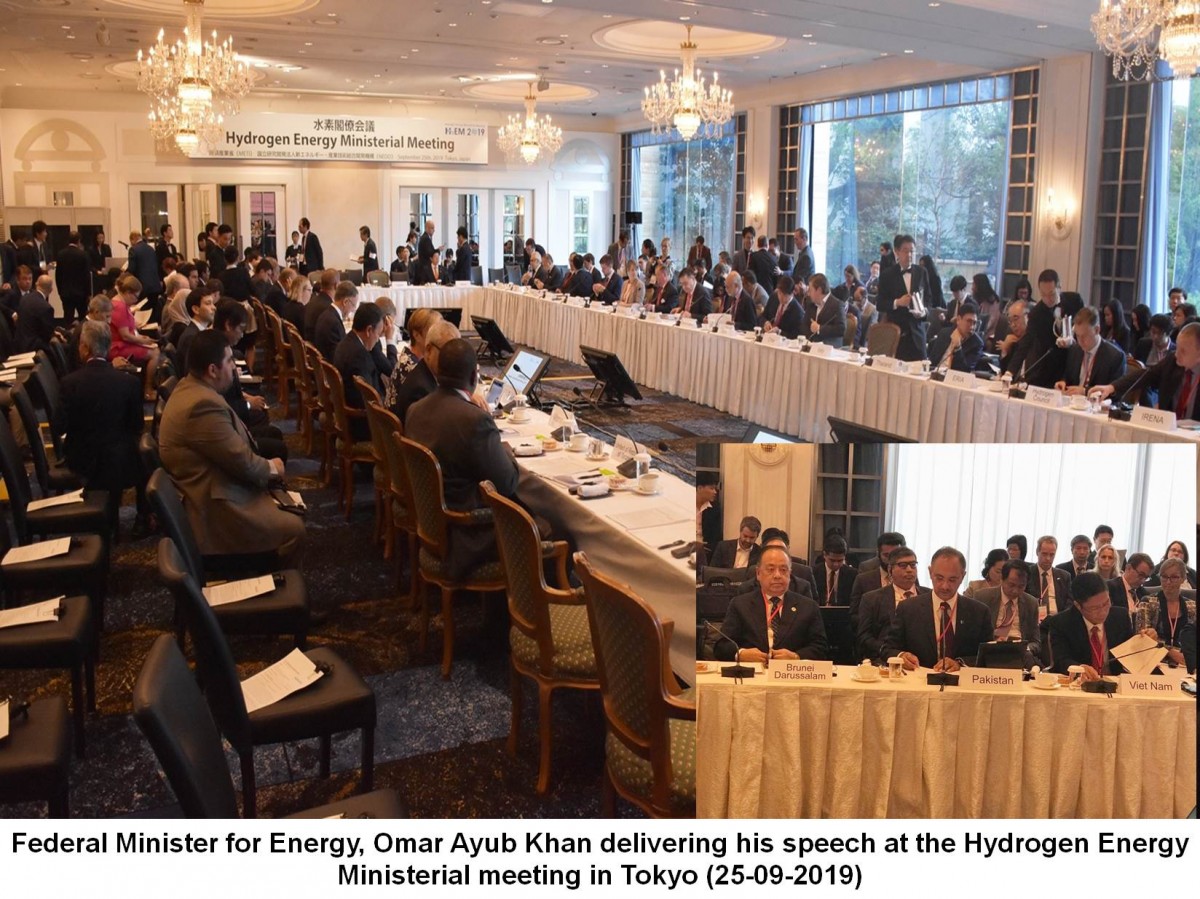 Mr. Omar Ayub Khan emphasized that the price of Hydrogen Energy supplies need to be reduced as compared to convention fuels in order to make it as a fuel of choice. He urged upon the stakeholders to take on board all the developing countries in order to enhance their capacity and assist academia in the research and development of this future source of energy. The Minister acknowledged that the Tokyo statement issued last year at the First Energy Ministerial Conference would go a long way in realization of all goals aimed at promoting the use of Hydrogen Energy in a decade.

Later on the Federal Minister also attended the International Conference on Carbon recycling which aimed at discussing ways and means to convert CO2 for beneficial usages. Speaking at the conference, Mr. Omar Ayub Khan assured Pakistan’s strong commitment, being a signatory to the Koyoto Protocol and Paris agreement, to play its active role and support all positive efforts that aim to achieve the goal of reducing the greenhouse gasses. He informed that although Pakistan make a very little contribution to the total global greenhouse gasses i.e less than 1% yet on its part is undertaking several steps including phasing out higher Sulfur Fuel Oil based power generation, adding alternate and renewable energy into its energy mix, billion tree plantation, revamping its old oil refineries and establishing new ones to produce Euro compliant fuels. The Minister added that currently Pakistan has an installed capacity of 1400 MWs of renewable energy mix which we aim to increase up to 30% of our energy mix on a base of an installed capacity of 55,000 MWs by 2030. 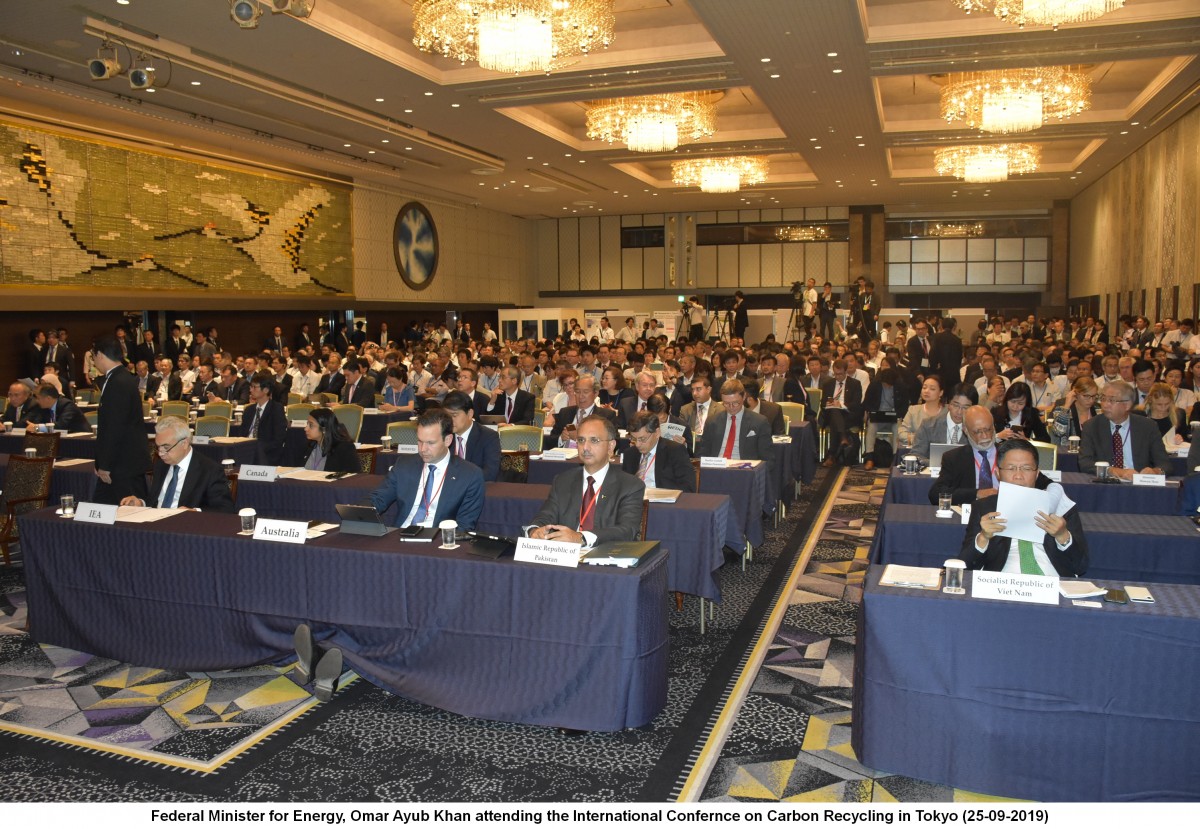 Mr. Omar Ayub Khan appreciated the roles of Ministry of Economy, Trade and Industry (METI) and Asian Pacific Energy Research Centre for holding the events which provided an excellent platform to all stakeholders. The Federal Minister was also accompanied by the Ambassador of Pakistan to Japan Mr. Imtiaz Ahmad during the conference. 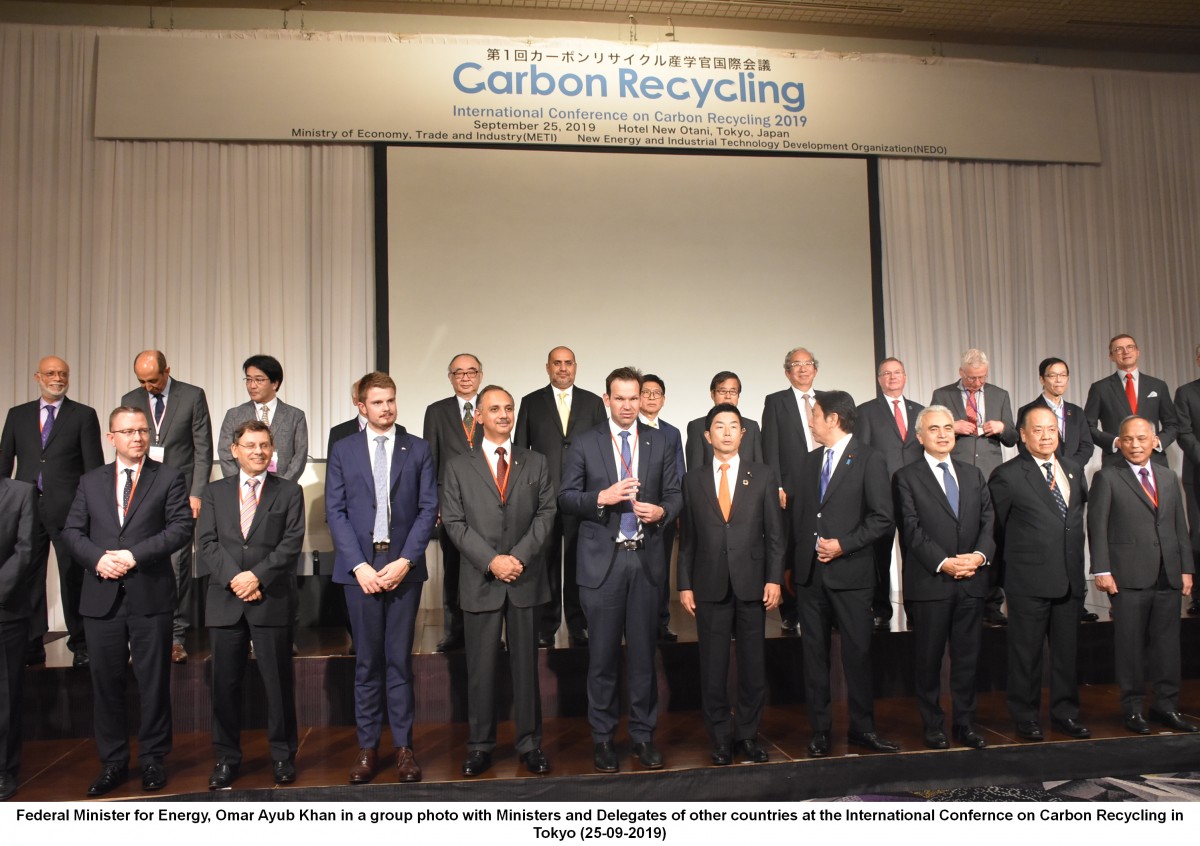