(28-06-2018): In collaboration with Takanawa Civic Centre, Minato City the Embassy held the second of the series of photo exhibitions titled “Journey through Pakistan: A Land of Many Wonders: Honourable Seishro Eto, President Pakistan-Japan Parliamentary Friendship League and Member House of Representatives inaugurated the exhibition. Speaking on the occasion, the Ambassador referred to Pakistan as one of those few countries in the world that is blessed with a diverse inventory of attractions which include some of the oldest civilizations in the world, exquisite scenic beauty, splendid mountains and highest peaks, sacred religious and historical places, seasonal variations, unique arts and crafts, rich traditions and a variety of delicious cuisine. 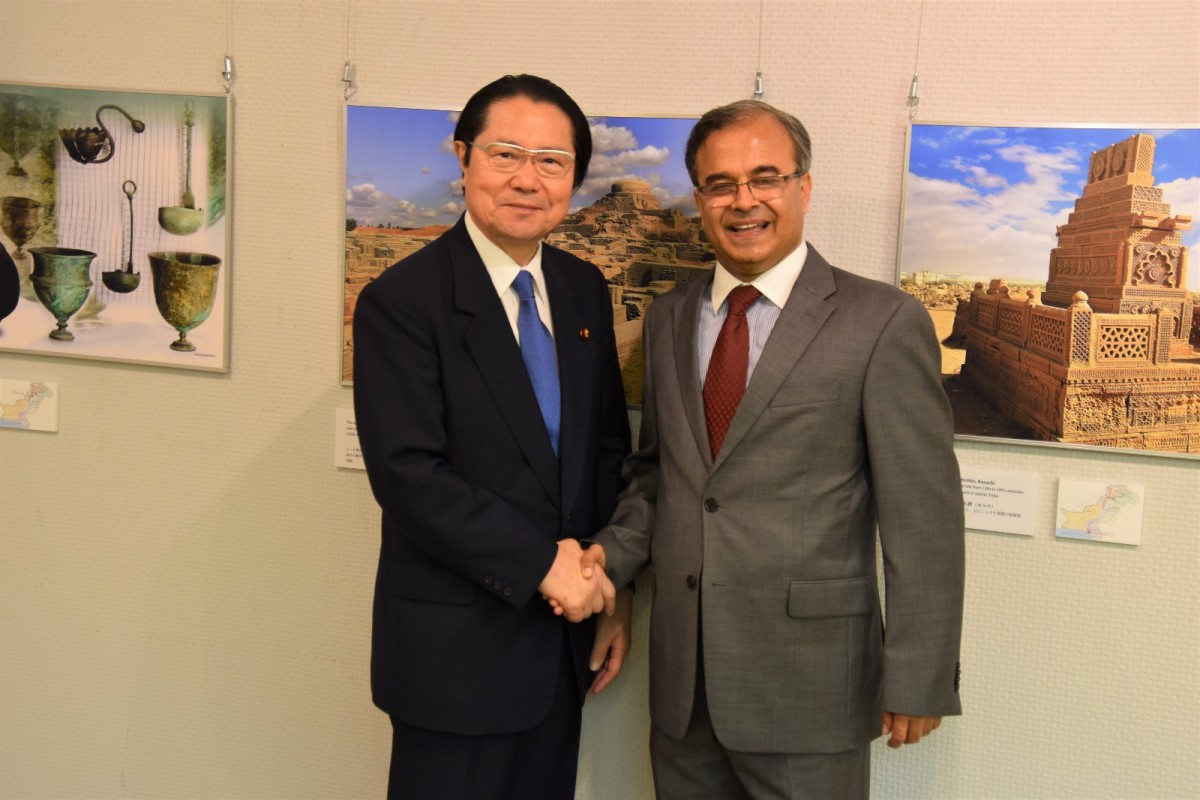 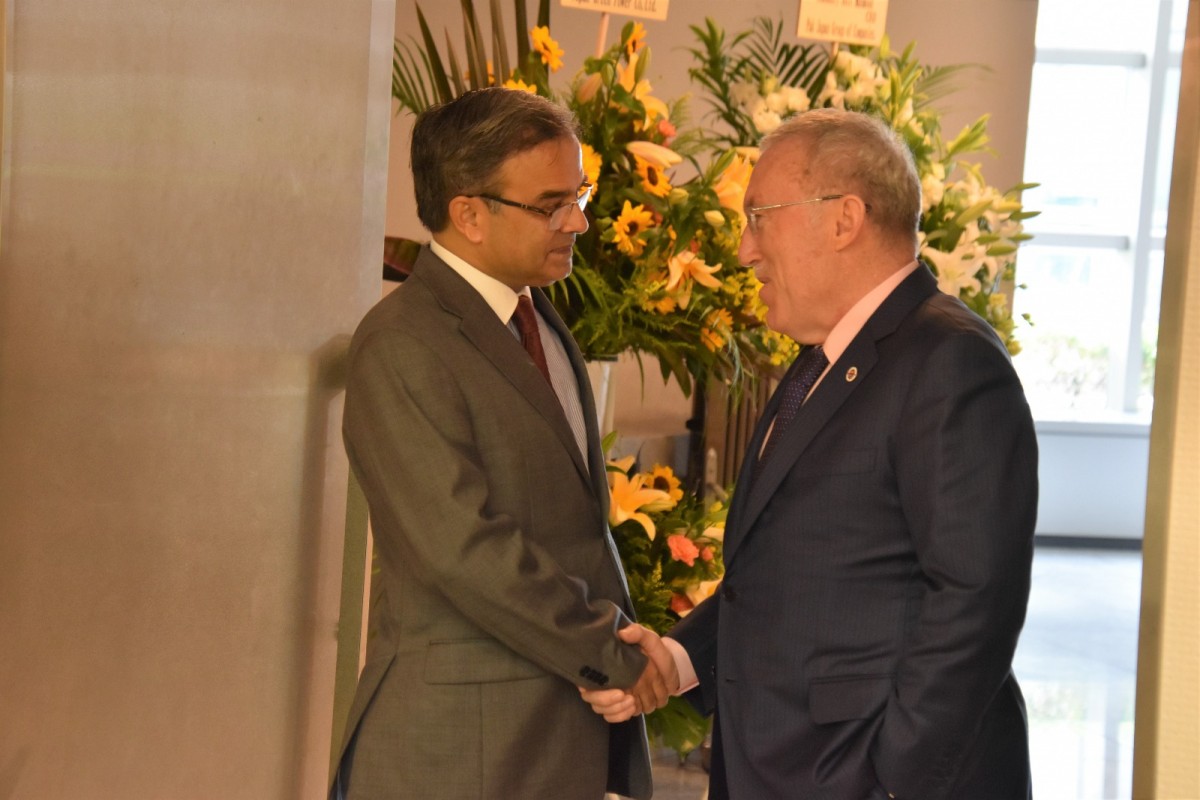 He added that the exhibition is aimed at giving viewers a tour d’horizon of the ancient civilizations of Gandhara, Indus Valley and Mehargarh beside the grand architectural heritage especially of the Mughal era and the enormous mountain ranges that are home to some of the highest peaks in the world including K-2. 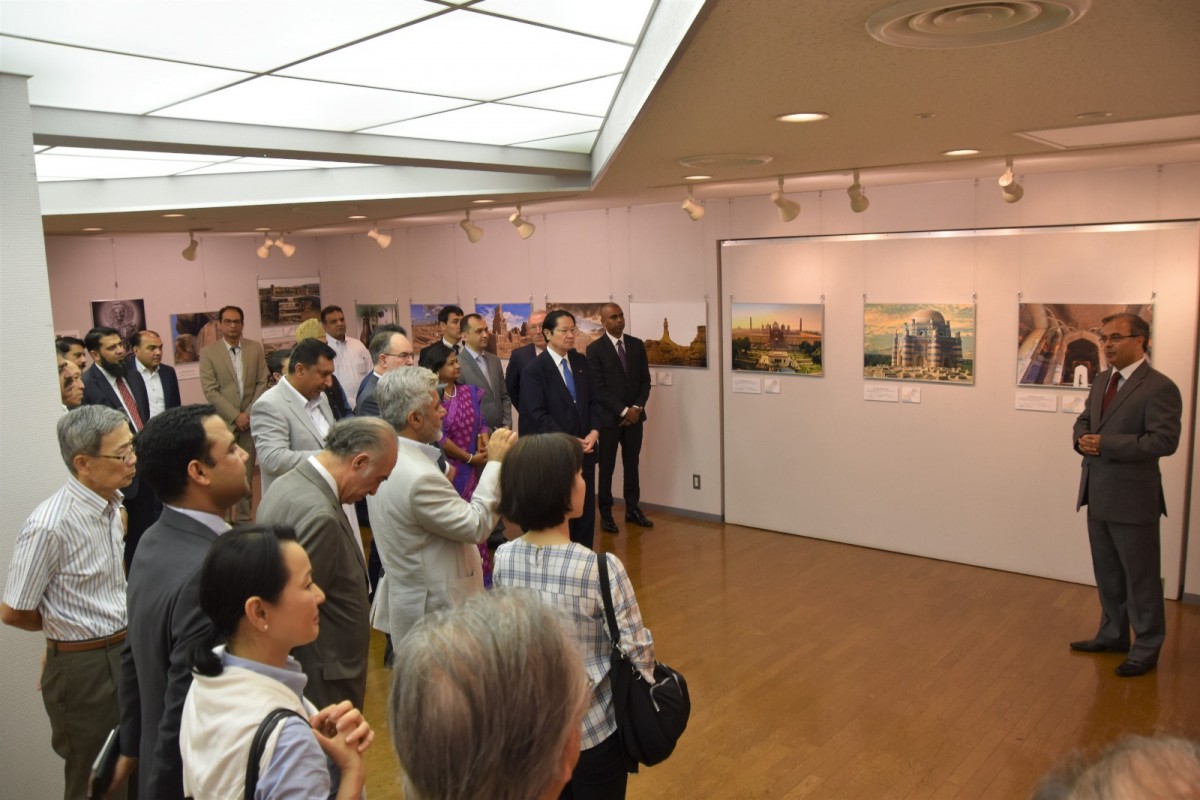 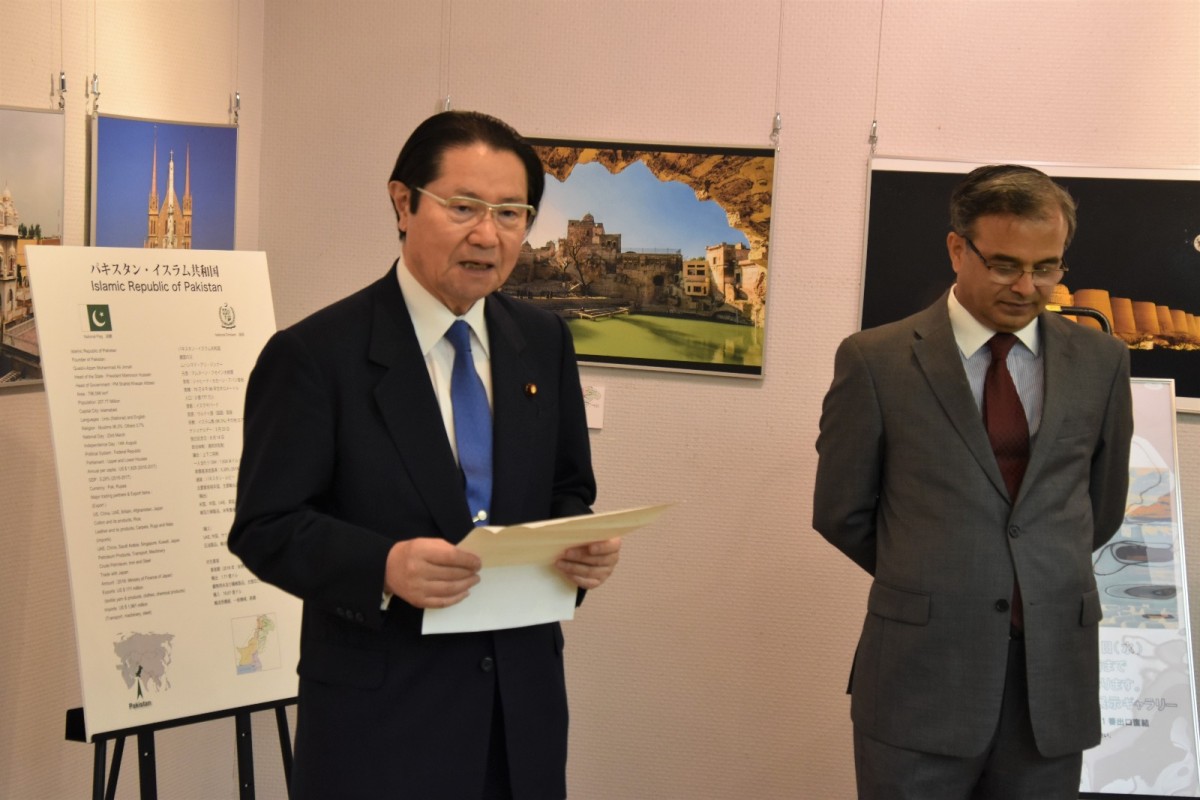 The Ambassador also referred to the longstanding and deep bond of friendship between Pakistan and Japan and the enormous respect and fraternal feelings for the people of Japan in Pakistan. He added that Pakistan has been a particularly attractive destination for those Japanese interested in mountains, nature tourism and in religious/historic sites. 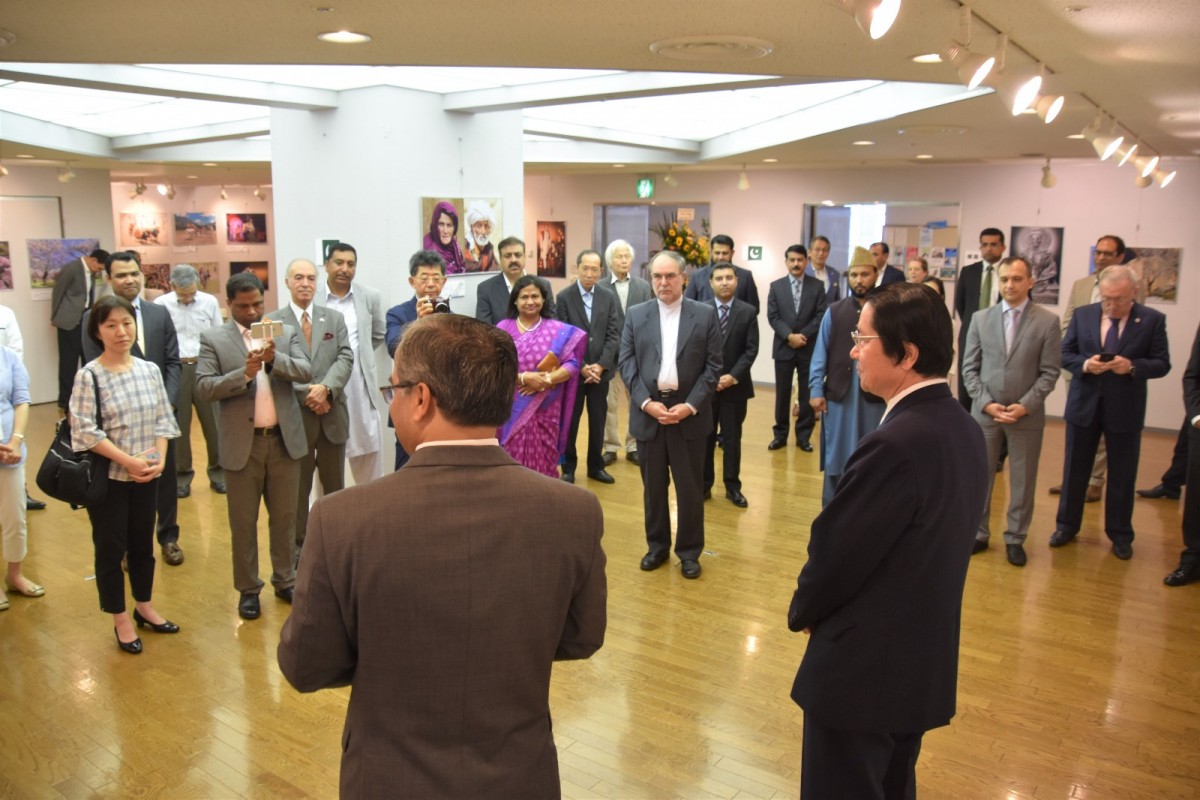 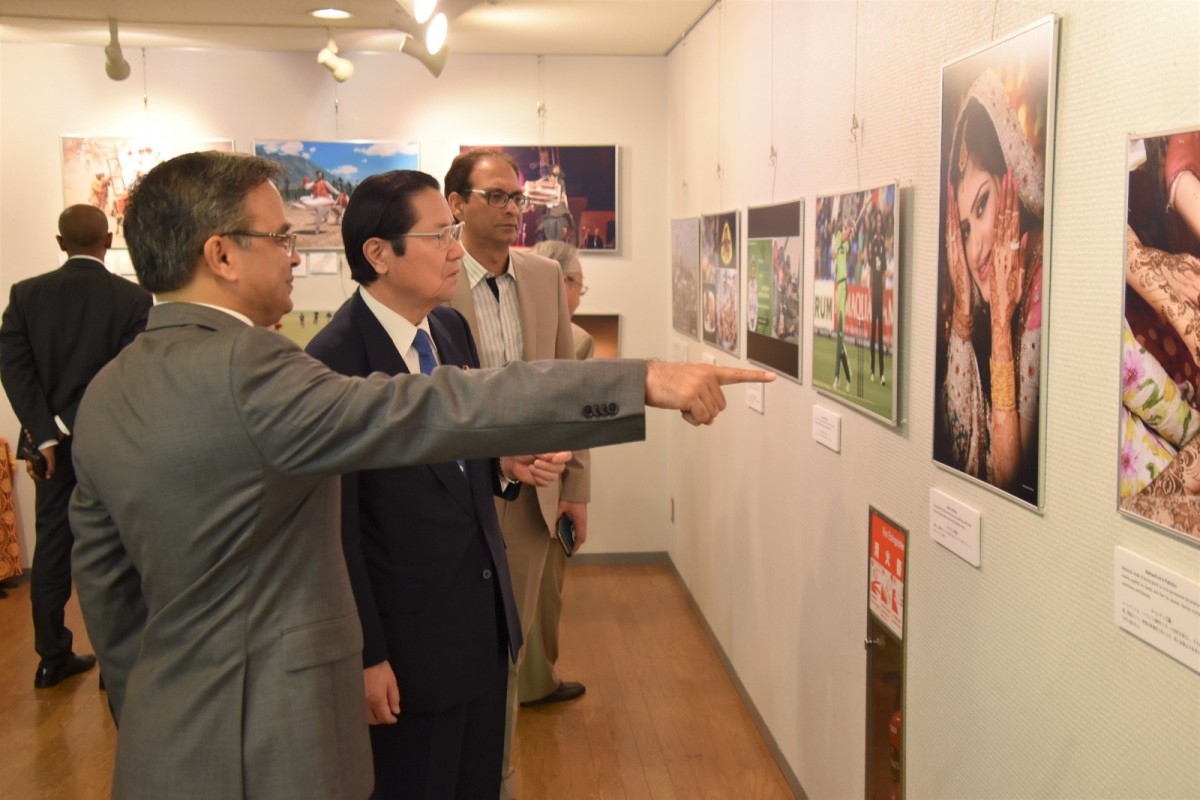 Ambassador Khan also underscored the expansive turn around in Pakistan in all fields with special reference to the remarkable improved security situation which resulted in visits of tourists from all around the world in large number including Japan. 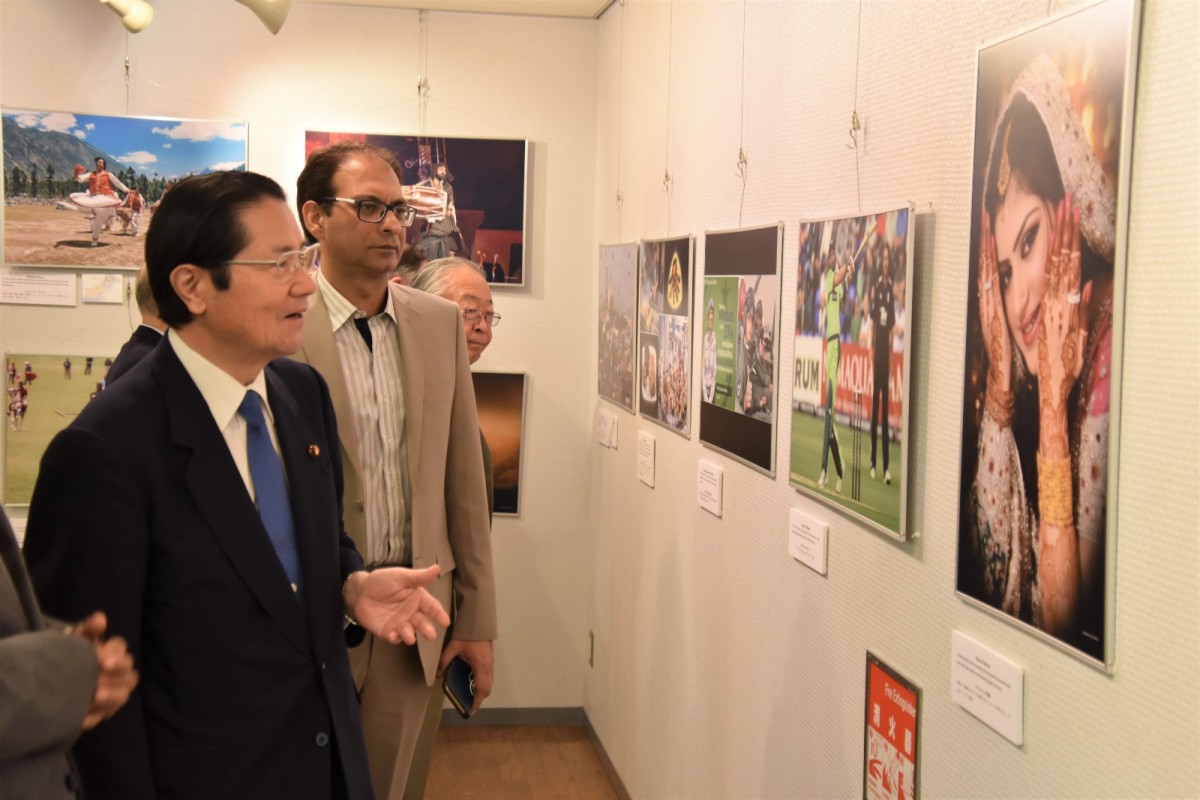 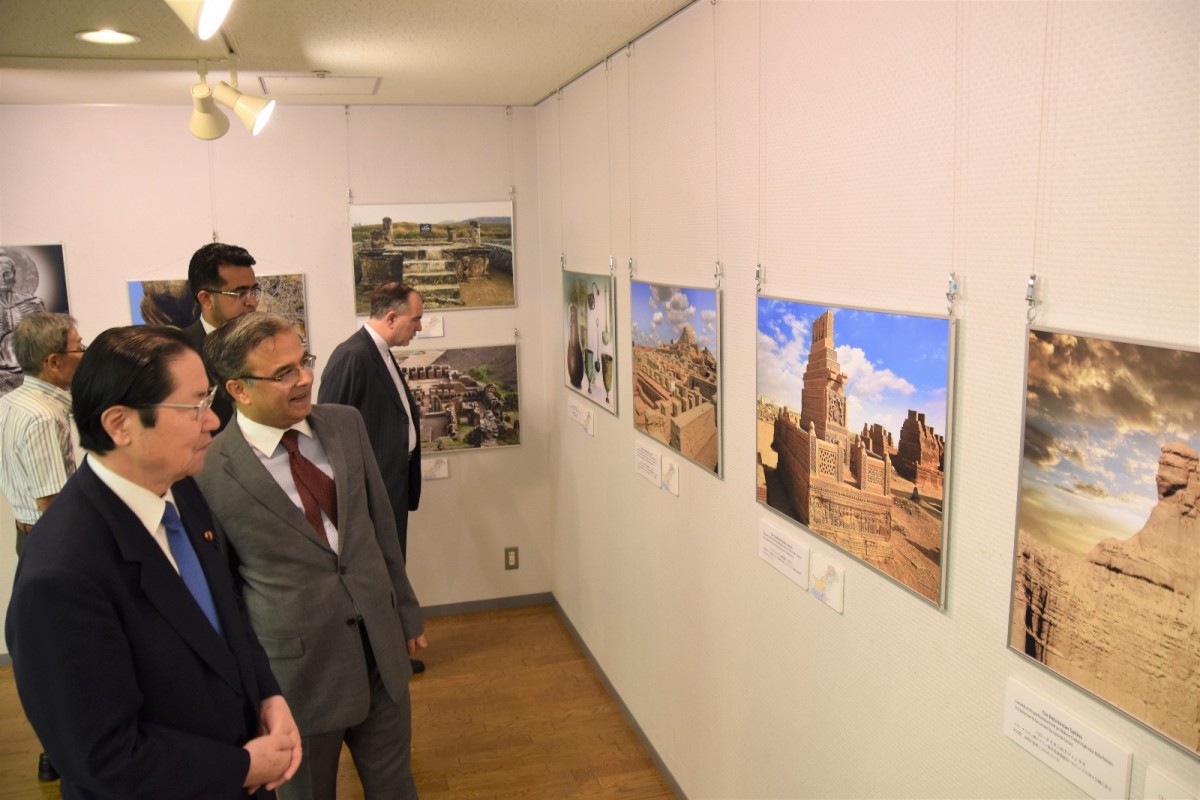 The Ambassador also appreciated the facilitation and professional help extended by Minato City in holding the Exhibition and hoped for future collaboration as well.

In his remarks Honorable Mr. Seishiro Eto stated that Pakistan is bestowed upon with fascinating natural beauty where the tourist attractions including high mountains like K-2, vast deserts, beautiful valleys and diversity in rich culture makes it a perfect destination tourism. He underscored the importance of the exhibition which he termed as an important opportunity for Japanese people to know about Pakistan and deepen understanding of the culture and people of Pakistan. Commenting on japan and Pakistan relations Mr. Eto referred to it as cordial and friendly in all fields with special reference to diplomatic, economic and culture linkages. He expressed that future collaboration between the two countries would further strengthen the bilateral relations.